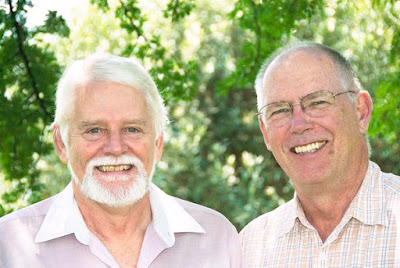 Today's guest blog is by Michael Stanley (the writing team of Michael Sears and Stanley Trollip) who are the authors of the Detective Kubu series set in Botswanna.  The most recent book is Deadly Harvest.

The premise of Deadly Harvest is murder, often of young women, to supply witch doctors with body parts for black magic. The reader may suspect that this is an ingenious (if ghoulish) invention, but the story is based on a real murder that took place in Mochudi, a small town just north of Ganorone.  In 1994, a 14-year-old girl named Segametsi Mogomotsi and her friend Monnye decided to sell oranges to raise money for a church trip to Francistown.  The girls separated near the house of a man called Mokgalo.  Segametsi was never seen alive again.  Her body was found several weeks later with fatal chest wounds and a variety of body parts removed, possibly done while she was still alive.  Clearly she’d been murdered to harvest these organs for muti - medicine made from human flesh.

Nothing was obvious about the case.  Circumstantial evidence pointed to Mokgalo, and he was held briefly, partly for his own protection from the angry villagers.  But soon he was released.  Monnye then came up with a story that Mokgalo previously had made advances on Segametsi.  Mokgalo was held again.  Then in an almost unbelievable turn of events, the girl’s father made a confession that he’d accepted a promise of 1,200 pula (about ₤300 at the time) to help with his daughter’s abduction.  This time, Mokgalo was held for two months.

During that time the police became suspicious of the stories they’d been told, and the father was sent for mental examination.  Both the father and Monnye eventually withdrew their stories, and the suspects were released.  This led to rioting in Mochudi and Gaborone, and the focus moved from the murder to public order.  The police and soldiers reacted violently and many people were injured.  One protester was killed by a policeman. 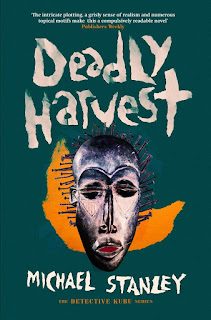 send a team to independently investigate both the murder and the police conduct of the case.

The policeman who killed the rioter was sentenced for manslaughter, and the government paid the victim’s family substantial compensation.  Mokgalo won a case for wrongful arrest, but described himself as a broken man who is still treated with suspicion.  The Scotland Yard report has never been made public, and no one has been arrested for the murder of Segametsi.

Unfortunately, very few muti murders are solved.  This puzzled us, but it soon became obvious why.

First, in most murder cases, there’s usually some connection between the perpetrator and the victim – spouse, relative, friend, or acquaintance.  However, in muti murders there’s usually no connection.  The witch doctor selects a person, any person, who meets his or her needs – a young girl for body parts to make muti to enhance a woman’s fertility, a young man to improve a man’s virility, an old man to make someone wise, or an albino to give various types of power.  So an investigation of people the victim knew usually yields no suspects.

Second, the people who buy the muti are usually those with power or money or both.  Therefore, the police, in their own self-interest, are reluctant to make progress, reluctant to discover who the witch doctor’s clients are.
Third, even in a modern police force, traditional beliefs persist and the police are scared that if they get too close to identifying the murderer, the witch doctor may put a spell on them.
And finally, for the most part, the police force is male, which results in crimes against women often being put on the back burner.

In Deadly Harvest, we decided it was time to shake up the chauvinistic Criminal Investigation Department, so we introduced a rookie female detective, Samantha Khama.  In our story, she comes from Mochudi and was a good friend of Segametsi.  She hates the way the police handled her friend’s case, and vows to do better for female victims.   She arrives at the CID with a feisty attitude and, despite many suggestions and hints to take things slowly, pushes the department into doing more about muti murders and crimes against women in general.  She and Kubu track a notorious witch doctor who is behind multiple muti murders, and it’s her persistence that eventually leads them to him, with not altogether expected results.

Murders for muti remain widespread in sub Saharan Africa.  Albinism is more common in Tanzania and many have fled to escape the witch doctors, but where do you run? One would hope that modern people would dismiss these traditional beliefs in magic, but they persist in tandem with recognised religions.  And while that’s the case, some people will never be safe from these organised serial killers.

For more information about Michael Stanley and Detective Kubu can be found on the website. 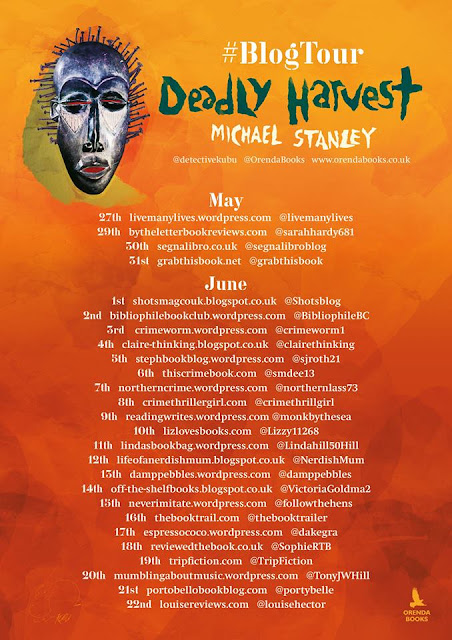