Welcome to Bergen! by Gunnar Staalesen 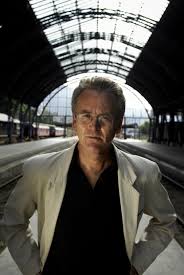 Gunnar Staalesen was born in Bergen, Norway in 1947. He made his debut at the age of 22 with Seasons of Innocence and in 1977 he published the first book in the Varg Veum series. Twelve film adaptations of his Varg Veum crime novels have appeared since 2007, starring the popular Norwegian actor Trond Epsen Seim, and a further seies is being filmed now. Staalesen, who has won three Golden Pistols (including the Prize of Honour), lives in Bergen with his wife. There is a life-sized statue of Varg Veum in the centre of Bergen.

I am not sure if the tourist industry in Bergen is entirely happy with the picture I paint of the city in most of my books – rainy, dark and dangerous (at least to some of the characters). But I know that tourists travel from UK, from France, Germany and Denmark – even the USA – to walk in the streets of Varg Veum… ‘Down these mean streets a man must go…’ as Raymond Chandler wrote about his own detective, Philip Marlowe. And Varg Veum is, without doubt, a Norwegian cousin of both Marlowe and Lew Archer, the detective in Ross Macdonald’s books.

But of course the image is much darker in a crime novel than in reality. The same law rules for real-life Edinburgh and the one you meet in Ian Rankin’s crime novels. Or whatever city in which you find your detective.

There is a relationship between detectives and their cities, and that started – I believe – with London in Arthur Conan Doyle’s Sherlock Holmes stories. When reading these stories, we get a vivid image of a foggy, dark and Victorian city, not as detailed as in the books of Charles Dickens perhaps, but fascinating enough.

To give just a few examples, the tradition continued with Dashiell Hammett’s The Continental Op and later on Sam Spade in San Francisco, Maigret in Paris, Philip Marlowe and Lew Archer in LA, Martin Beck in Stockholm, John Rebus in Edinburgh and Pepe Carvalho in Barcelona. When I wrote my first Varg Veum novel, published in Norway in 1977, I took a humble place in this tradition. And that is why the city Bergen plays an important role in my writing. (I have also written a very popular trilogy about the city, published in Norway, Denmark and France, which takes the reader through all the whole of the 20th century, from the night that a murder was committed on 1 January 1900 to the day that it is solved – by Varg Veum – on 31 December 1999. In Norway the series is very often referred to as “The Bergen trilogy”, in French “Le roman de Bergen”.) 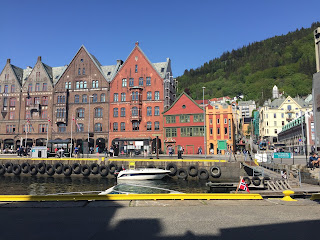 So what and where is Bergen?

Bergen is the second largest city in Norway, with c. 250,000 inhabitants today. It was the unofficial capital of Norway in the 12th and 13th centuries, before the country experienced 400 years of governance by Denmark and almost 100 years in union with Sweden. It was not until 1905 that Norway became an independent nation again, and this is why so many Norwegians were – and still are – sceptical of joining the European Union.

Bergen is situated on the West coast, a beautiful city surrounded by between six and nine mountains (the traditional count is seven, a holy number), and the tourist office calls it ‘The gateway to the fjords’, which is correct. There is a fjord leading you to the good harbour in Bergen – the reason why the city is situated just here – and you are not far from the two longest fjords in Norway, the Hardanger fjord and the Sogn and Fjordane fjord. In the tourist season the city is more or less packed with tourists. In the autumn, winter and early spring – when most of the Varg Veum novels take place – it is a rainy city, and the inhabitants love it when a new record of rainfall pro anno is reached. (The latest one was set in 2015, but I won’t not tell you what it was…)

Not a bad city for a private detective, or…?

Where Roses Never Die, by Gunnar Staalesen (Orenda Books) translated by Don Bartlett, is out now.

September 1977. Mette Misvær, a three-year-old girl, disappears without trace from the sandpit outside her home. Her tiny, close, middle-class community in the tranquil suburb of Nordas is devastated, but their enquiries and the police produce nothing. Curtains twitch, suspicions are raised, but Mette is never found. Almost 25 years later, as the expiry date for the statute of limitations draws near, Mette’s mother approaches PI Varg Veum, in a last, desperate attempt to find out what happened to her daughter. As Veum starts to dig, he uncovers an intricate web of secrets, lies and shocking events that have been methodically concealed. When another brutal incident takes place, a pattern begins to emerge … 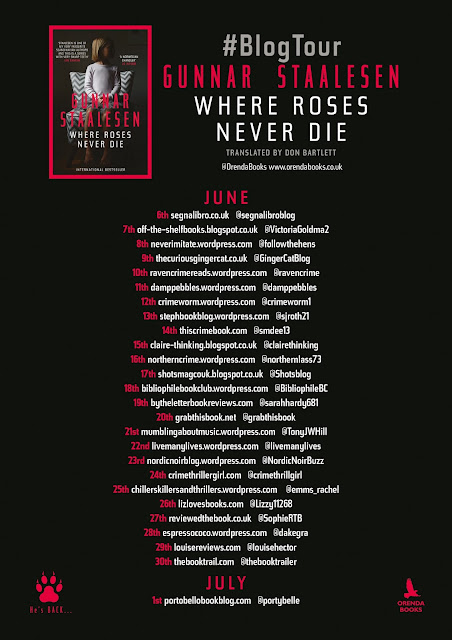