....don't have nightmares by Matt Wesolowski 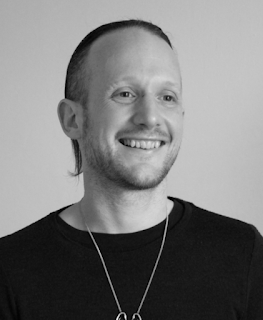 The day my parents acquired colour television, an awkward, plastic cube that squatted balefully in the corner of the living room; my 12-year-old self had the honour of lugging the almost obsolete back and white portable upstairs to balance on top of my chest of drawers. It took a while to bend the aerial just so and soon I was adept at the minute circumvolutions of the tuning wheel that would raise 4 channels from a sea of static.

Books abandoned for this novelty of bedroom television, I would watch Soldier-Soldier, starring a youthful Robson Green and Jerome Flynn, Bottom, (Rik Mayall entrenching himself as one of my all-time idols) or else playing Target Renegade on my Sinclair Spectrum. Sometimes I padded downstairs to watch Cracker with my mum, in colour (she did and still does have a thing for Robbie Coltrane). What captivated me the most, however, in those days of analogue decadence was the British institution Crimewatch UK, presented then by Nick Ross and Sue Cook.

Although Cracker was clever, magnificently written, casted and acted, it paled in comparison with these terrible things that really went on, on the streets of the UK. This was visceral, this was real and may have been the beginning, the embryonic fascination that has now blossomed within me for true crime.

Murders, rape, kidnapping, assault, robbery; simple, brutal acts. Appeals for witnesses, phone lines scrolling across the bottom of the television screen. I was enthralled. I longed to have seen something, to be able to call in and give a sighting, a crucial piece of evidence. Alas, that opportunity never came, but by the end, when it was time to go to sleep, I was always disappointed, utterly consumed by some errant piquancy the show wove into my brain.

'Don't have nightmares.' Was the tagline at the end but I always had to turn off before then, otherwise I would lie awake all night, utterly consumed with fear. Thanks Nick, I never thought about having nightmares until you said it!  Maybe it was this programme that helped inspire my consummation of all things true and crime? I came very late to the crime fiction genre in my reading habits, horror tending to always take preference. What I loved though was a mystery, especially an unsolved one, The Mary Celeste, the Bermuda Triangle, King Tut's Curse. Crimewatch UK provided a mystery on one of those nights that has never left me and continues to be a source of inspiration to this day.

Unfortunately the grey static of time has clouded my memories of the finer details of this case; whether it was ever solved is a mystery to me to this day. I think what enraptured me at the time was that this particular crime wasn't like any of the others. It also frightened me and gouged out a sympathy for those involved that any drama series, even ones written by Jimmy McGovern, could not touch for those affected.

From what I remember about the case, an old couple had vanished from their home, somewhere in the countryside and there were signs that an intruder else had entered the property. There was no sign of a break-in, implying that the couple had known their visitor.

What got me back then and still does is the final clue. The couple's best china tea set had been set out on the table. Nick Ross and Sue Cook, talking to the family, live in the Crimewatch studio established that this china was reserved for special occasions or esteemed guests. 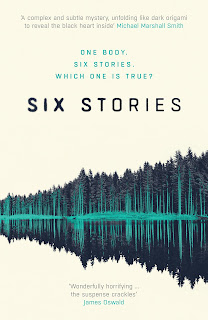 That was it, a brutal, sad story that made me think of my own grandparents, the nick-nacks they kept in a glass case, the brass Viking ship on their mantelpiece, the air of safety that they purveyed. It made me scared for them, drove a bolt of cold-hearted reality into my life that I hadn't appreciated before. It never left.

Too young at the time, for my attention span to follow this story up, I never found out what, if anything, came next. To this day though, the story fills me with a profound sadness and vexation. I worry that no one ever found out what happened here, that this vanished couple stayed vanished and their families never got closure.

That terrible feeling stayed with me and plays a huge part in my writing, not the case itself but this visceral horror of terrible things, real events. With everything writing-related that I do, I try and capture the essence of this terror.

The thing is with crime is that the reality of it is not like a story, there is usually not a clever twist, a reveal, a resolution. Maybe that's what makes crime fiction so appealing, that it provides closure to a world that so often is bereft of it. 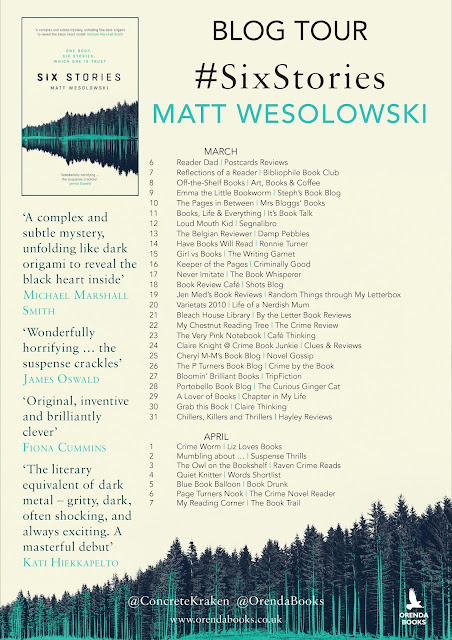