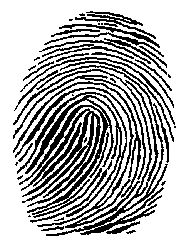 TUESDAY 5 SEPTEMBER 2017, LEEDS BECKETT UNIVERSITY
“The simultaneous awareness of past and present evident in historical crime fiction seems to offer a means of gaining a new perspective on the present through the past.” – John Scaggs (2005: 134)

As Michel Foucault acknowledged, crime and its investigation are uniquely tied to their social context: crime is a violation of the law, and ‘the law represents the will of the sovereign.’ When crime is narratised in the form of history, or as historical fiction, there is a fresh dynamic. The structures of the past and the present will inform its presentation, and surrounding ethical concerns.

The past few years have seen an unprecedented rise in the production and consumption of historical crime fiction and drama. However, it is not a new phenomenon: from the revisionist histories of Edgar Allan Poe, through Josephine Tey’s The Daughter of Time, and the contemporary success of Frances Brody, Carola Dunn, and Kerry Greenwood, crime fiction has always been concerned with the past. The continued success of period crime dramas on the screen – from nostalgic detective narratives such as Foyle’s War to the BBC’s Ripper Street and renewed interest in organised criminal gangs, such as the Kray twins –  is matched by a self-referential streak in crime writing that interacts with its own generic traditions.

In addition, historical true crime narratives – mined for dramatic potential and social relevance – have come to the fore of Anglo-American culture. From the surprise popularity of Kate Summerscale’s non-fiction novels exploring Victorian and Edwardian crimes to the global success of such television productions as American Crime Story and Making a Murderer, there is more interest now than ever in historical crime as entertainment.

This interdisciplinary conference aims to explore, analyse, and debate the relationship between crime, narrative, and history. We invite proposals of 200 words for 20-minute papers relating to the conference theme. We welcome proposals for traditional presentations and those which approach the theme in an innovative way. Possible topics include but are not limited to


The figure of the detective


The figure of the criminal


National heritage and heritage in law


Please send abstracts and a brief biographical note to Fern Pullan and Dr Jamie Bernthal at criminalheritage@gmail.com by Friday 30 June 2017.