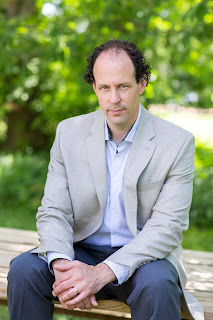 As inveterate readers of crime fiction, we know cops, because we’ve read a thousand police procedurals.

And we know attorneys, both defense and prosecution, because we’ve read an equal number of legal thrillers. To a slightly lesser degree, we also know medical examiners, fugitive apprehension experts, and so on, and so on. Virtually every job in the criminal justice system gets a thorough vetting in our genre.

Except, of course, for the one that perhaps matters most:

In crime fiction—as in real life—the judge seems to issue rulings from on high, tossing them down like godly lightning strikes before fading back into the mists. We never hear much about the human heart beating beneath the robe (or, in the case of you charming Brits, under the wig).

I mention all this because, one, Ayo Onatade is the one who invited me here to ShotsMag, and I happen to know she looks after the Justices at the Supreme Court; and, two, a judge is the protagonist of my U.K. debut, Say Nothing.

In truth, I didn’t set out to till unplowed fields with this novel. I first came up with the premise—that a U.S. federal judge would have his children kidnapped by someone looking to control the outcome of a case he was hearing—and only later recognized that by happy accident I had stumbled upon fresh ground.

Once I did, my internal monologue went something like this: Huh, a judge. That’s kind of interesting.

And then it went: Oh, bollocks. I’m writing this in first person, but I don’t know a blessed thing about what it’s like to be a judge.

Remedying that was no easy task. Federal judges are notoriously taciturn, seldom granting interviews or writing tell-all memoirs. The first few judges I approached with a request for an interview told me (politely) to get lost. 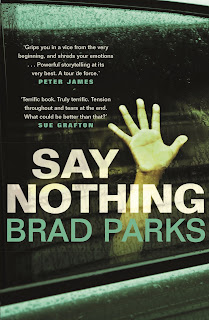 Once I finally found one who was willing to let me in—on condition that I wouldn’t reveal his or her identity—I was fascinated by what I found.

For starters, I had no idea how busy federal judges are. You’d think when they hear a case that’s over by 11:30 they’d be tucking into their first gin and tonic by 2. But, no, my judge routinely put in ten-hour workdays, even when there was nothing scheduled in the courtroom. As I have the protagonist muse early in the novel:

From a workload standpoint, federal judges tend to be like ducks: There’s more going on under the surface than anyone quite realizes.

I was also fascinated by how solitary my judge felt. The demands of maintaining proper judicial detachment wore on my judge and the whole staff. At one point, I have the judge’s clerk—who has a pair of fish named Thurgood and Marshall, after his favorite U.S. Supreme Court Justice—say to his boss:

“Sometimes I feel like these guys”—he pointed to Thurgood and Marshall, swimming aimless circles behind him — “like we’re in a fishbowl all the time. It’s just us in this little office suite, isolated from the rest of the world, and we render our decisions and who knows what everyone thinks? It’s not like there’s a comments box in the back of the courtroom.”

But more than anything, what struck me about this character I was creating was how this ordeal I was putting him through—having his children kidnapped and not being in control of what happened to them—was so at odds with his regular existence.

As my protagonist says at the end of Chapter 4 of Say Nothing:

With little more than my own gut to guide me, I routinely make pronouncements that will shape the remainder of peoples’ lives. The wealthiest lawyers in the land kowtow to me. Huge bureaucracies are forced to follow my orders. The most formidable people in our society are but one bad decision away from winding up in my courtroom, begging for my mercy, sometimes literally trembling before me.

I realize it’s the position, not the person, that inspires this sycophancy. I certainly do nothing to encourage it. I am something of a reluctant Caesar. The constant fawning embarrasses me.

It comes with the job all the same.


Whether I like it or not, I represent power.


Whether I want it or not, I have power.

I’m grateful to the judge who talked to me for the time spent and hospitality extended. I certainly couldn’t have written the novel without help from the judge and the judge’s staff. Did I get everything right? I don’t know.

But I guess Ayo can be the judge of that.

Brad Parks is the only author to have won the Shamus, Nero and Lefty Awards, three of American crime fiction’s most prestigious prizes. Say Nothing is his U.K. debut. 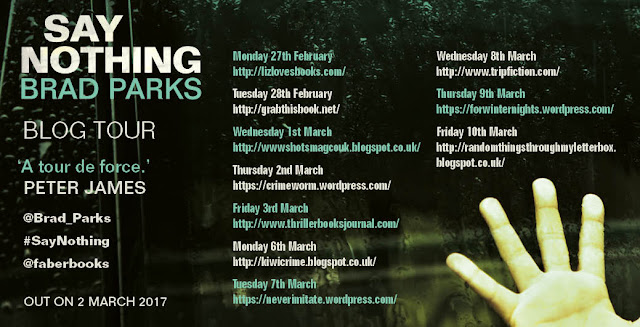 Wow, such a fascinating post! I admit that as a huge fan of crime, and more particularly legal thrillers, I had never really paid that much attention to the judge. This book needs to be high on my TBR pile, because of all the research and the fact this has sparkled my curiosity to an extent I was not expecting! Thanks for putting the light on a different edge of my favorite genre!