Natasha Bell on Finding Her Genre 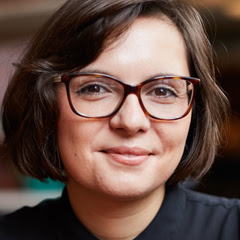 There’s a certain amount of luxury to writing your first book: no pressure, no deadlines, no expectations. Of course, the benefits of all this luxury are inevitably overshadowed by a persistent sense of self-doubt, a need to fit writing around the day job/life/everything else, and the big, overriding yet unanswerable question: “Why on earth am I doing this to myself?” Still, you’ll often find authors looking back nostalgically at writing their first book, and I’m no exception.

The biggest luxury I realise I had but didn’t recognise when I first set out to write Exhibit Alexandra was naiveté about genre. I started with a story: I knew Alexandra was missing, I knew what had happened to her, and I knew her husband Marc would need to find her. The plot was clear to me; what was not, was how to tell it.  It’s taken me eight years and I don’t know how many drafts to get from that initial idea to the novel I now get to hold in my hands. What seems crystal-clear in hindsight is that, for those eight years, most of what I was looking for was my genre. Even so, it wasn’t until I had a book deal and was sitting in a meeting room with my editor while she all but bashed my head against the table to make me see it, that I properly realised what I was writing.

The thing about finding your genre is that it makes you wonder how you ever thought you belonged anywhere else. You don’t realise you’re playing Prince Charming trying to slip a glass slipper onto dozens of knobbly feet until you find the one it fits. I’d floundered around for so long trying to tell this story in all the wrong ways, that there was a beauty and obviousness when I finally hit upon the right way. Story and genre felt interconnected.

Exhibit Alexandra straddles a few labels: crime, psychological thriller, domestic noir, and what Jake Kerridge appears to have coined “cellar-lit”. One of the early reviews describes its unreliable female narrator as a “nigh-exhausted genre.” The rest of the review was lovely, so I won’t take exception too much, but it did get me thinking. First (because I’m an angry feminist), about why, after centuries of unreliable male narration, we can only apparently stomach a few years of the female equivalent. And, second, about what it is that makes the crime and thriller genres so ripe for this kind of story.

What unreliable narration does is force us to explore the complexities of a character. It asks us to be active readers, looking out for hints and clues that the character misses, but also building an image of them as a whole, inconsistent and struggling human being. We might open a book looking for a story, seeking escape, but an unreliable narrator and particularly a female one will push against our instinctive passivity as readers. She’s prickly. She refuses to sit neatly into the hero’s journey. She won’t allow us to pigeon-hole her. And we definitely won’t finish the novel feeling anything as simple as like or dislike. 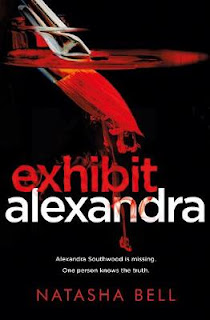 destabilisation. Time and again it presents us with the world we know – with recognisable characters, locations and scenes – then violently disrupts it. By portraying but disturbing the everyday, we’re forced to re-examine it. Alexandra is an ordinary woman, a wife and a mother. Because of this, it is only through her disappearance that we (and her husband) begin to pay attention to everything else that was going on in her life before she disappeared.

My first draft was told from Marc’s point of view and later I tried out third person, but it wasn’t until I realised this was Alexandra’s story to tell that it properly came to life. By using her unreliable voice and adding an obvious layer of subjectivity to all of the events of the novel, hopefully the process of destabilisation works on both the characters’ lives and on our act of reading them.  In hindsight, Exhibit Alexandra could not have been any other kind of book, but I’m strangely grateful for my meandering journey into this genre. I think if I’d set out to write crime, then the narrative I’d have come up with would have been less complex, less rich and less challenging (both to write and to read). By doing it this way, though, genre and story are in equal partnership, pushing against as much as complementing one another.