Peter Ritchie on why he writes 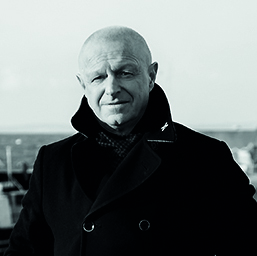 Like so many others I’m often asked why I write and where did it come from. I have to go back to my roots to explain this and I’ll go on to describe how Grace Macallan came to be.

I was born into a deep-sea fishing community, the child of generations of men who earned their living on the water and many of them served in the Royal Navy during times of conflict. So, from a very early age I was listening to stories often dominated by loss or great drama, and my own great grandfather was lost with all of his crew in a terrible storm. As a child I was fascinated by books and coming from such a tight knit community they exposed me (at least in my imagination) to so many other words and lives. At the tender age of 15 I went to sea which meant growing up quickly and there were no favours even from those men from the same community. The work was so hard, endless hours on exposed decks and weeks away from home. Apart from working and sleeping there was nothing much else to do apart from reading. On the long trips to the fishing grounds and back I devoured books and I often think that’s where I carried on with my education such as it was. After 8 years at sea I decided I wanted to see something else of the world and joined the police.

So, I entered another community of storytellers in the force. Cops love to tell stories and of course why wouldn’t they given what they see in the course of their job? After 3 years I moved into criminal investigation and never put a uniform again for the rest of my career.  During my time as a detective I saw so much that could have turned me against the human 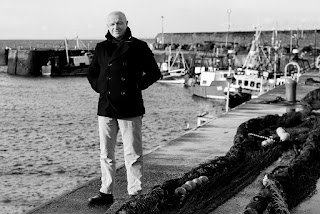 race, but at the same time witnessed some incredible acts of humanity that in a couple of cases changed me as a person. I had started to write poetry (not that well) and liked to draw and paint on the rare occasions I had time off and the idea of writing was developing. Looking back there was no way I could have done it at the time and still dealing with the job I was doing. I worked on murder squads for many years and then moved into specialist work with a covert surveillance team. During the following years I moved into intelligence work in London and several years in Holland and during these periods I worked on numerous cases involving the death of sex workers and trafficked women. The plight of those women stays with me and in all the books I’ve written there’s always a character who is a sex worker or trafficked in some way. In book 3, Shores of Death, which comes out in June I really bring out some of my previous life as there are fishing boats used for trafficking women so clearly my experience comes out in the writing. The ideas were starting to form for a fictional story but I had made up my mind I would have to wait till I was finished with the job.

When the time came I sat down at the computer and all I had was this idea about a detective lying in the road after being hit by a car. I wrote it as a prologue and still had no idea what was coming next. So, I just let my imagination take over - I had spent several years working in Northern Ireland and there I was imagining a scene in the Ormeau Road, the location of some terrible events during the Troubles. Then Grace just appeared and became the central character in all of the books. 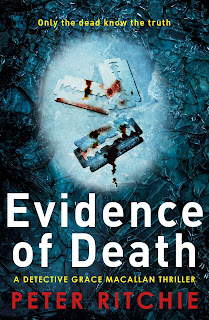 I suppose writing crime fiction lands you in a big pool with some particularly big fish and the question is what do I bring to the table? I try to make the books authentic as far as possible in a few hundred pages. By authentic I mean the way the characters interact whether it’s the criminals or the investigators. Grace is very human, like all of us she’s flawed and makes mistakes. She’s no super sleuth and like me and so many other detectives looks at what she sees and just becomes more confused about what it all actually means. I’m also very keen to bring in the smaller characters who get caught between the law and the opposition and not mentioned enough in most fiction in my humble opinion. So, there are all sorts in the books who play significant roles. I’ve mentioned the sex workers and the trafficked women plus there are small time dealers, minders and in Shores of Death even a pimp’s dog gets quite a good role! I also try to reflect what modern detectives have to deal with in that the stories take place on quite a wide canvas. So Edinburgh, Glasgow, Newcastle and Belfast are all linked in various ways and in the book I’m writing just now Dublin turns up in a few scenes. Although there is a serial killer in the first book I go for other issues in the later books to reflect what happens in the real world. I think there are more than enough serial killers around in crime fiction as it is!

So Grace is alive and well and good for another few cases yet I think.