The Premise of Closer Than You Know by Brad Parks 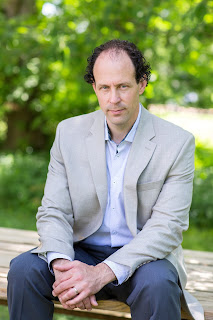 The man was just looking for his boots.

His name was Shawn Slappy. He was a security guard at a local hospital who had been living with his girlfriend, an exotic dancer named Sherry Murphy. He suspected she had hidden the boots from him, so when he reached the basement door and found it locked, he pried it open with a screwdriver.

What he discovered there was beyond a nightmare: Two little boys cowering in the darkness, starving, filthy, and covered in burns. Slappy had been living in the house for months and had no idea he was sharing it with them.

When authorities arrived, the story only got worse. One of the boys said he had a twin brother who he hadn’t seen in weeks. Police eventually found the emaciated remains of seven-year-old Faheem Williams stuffed in a plastic storage bin.

The Faheem Williams case became a notorious one in Newark, the rough-and-tumble New Jersey city where this all unfolded fifteen years ago. It prompted a complete overhaul of New Jersey’s child protective services.

It also—thought I never would have known it at the time—sparked the beginnings of my latest novel, Closer Than You Know.

I was a newspaper reporter in Newark at the time, watching on in horror like the rest of the city. As a kid growing up in an upper middle class suburb in Connecticut, I had absolutely no experience with the social services system. If it was there at all, it was well hidden.

In a poor city like Newark, there was no rug large enough to sweep it under. In nearly every neighbourhood I went into as a reporter, child protective services was an enormous presence in people’s lives.  But what I really took away from that time is the simple reality that no matter where you live—a poor U.S. city, a wealthy U.K. enclave, or anywhere in between—there is a government agency with the statutory authority to take your children from you.

Now, most of the time, that authority is only used with great discretion; and only, if anything, too late.

But what an incredible power.

Especially if it was abused.

That’s the premise of Closer Than You Know, my latest thriller: that someone who understands the child protective services system could manipulate it to steal a child.
It’s actually not as difficult as you might think. In some places, especially poorer communities, people use social services as a weapon, making anonymous phone calls alleging abuse out of sheer spite. And social workers, who have been trained to avoid another tragedy like Faheem Williams, have no choice but to act first and ask questions later.

So that’s the scenario facing Melanie Barrick, the protagonist of this novel. She’s a young working mother who goes to pick up her infant son from childcare one evening only to learn he’s been taken away by social services—and no one will even tell her why.

For Melanie, who grew up in foster care herself, it’s doubly terrifying: No one knows the horrors of “the system,” as everyone coldly calls it, than someone who spent her childhood trying to survive it.

Which leads to the book’s title. It references an exchange Melanie once had with one of her foster care sisters, upon learning she was about to be shipped off to a new placement.

“This is a disaster,” Melanie moaned.
“Honey, this is the foster care system,” the sister replied. “Disaster is always closer than you know.”

Brad Parks is the only author to have won the Shamus, Nero, and Lefty Awards, three of crime fiction’s most prestigious prizes. Visit him on Facebook or sign up for his newsletter, which covers the exploits of his unruly interns, at www.BradParksBooks.com.

Closer Than You Know by Brad Parks is published in March by Faber & Faber (£12.99) 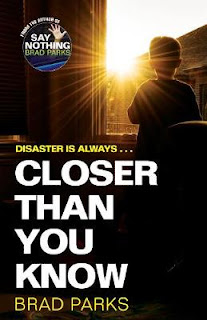 It was a lesson she learned the hard way growing up in the constant upheaval of foster care. But now that she’s survived into adulthood - with a loving husband, a steady job, and a beautiful baby boy - she thought that turmoil was behind her.  Until the evening she goes to pick up her son from childcare, only to discover he’s been removed by Social Services. And no one will say why.   A terrifying scenario for any parent, it’s doubly so for Melanie, all too aware of the unintended horrors of ‘the system’. When she arrives home, her nightmare gets worse – it has been raided by Sheriff’s deputies, who have found enough cocaine to send her to prison for years. If Melanie can’t prove her innocence, she’ll lose her son forever. Her case is assigned to Amy Kaye, a no-nonsense assistant Commonwealth’s attorney. Amy’s boss wants to make an example out of Melanie, who the local media quickly christens ‘Coke Mom’.  But Amy’s attention continues to be diverted by a cold case no one wants her to pursue: a serial rapist who has avoided detection by wearing a mask and whispering his commands. Over the years, he has victimised dozens of women in the area - including Melanie. Now it’s this mystery man who could be the key to her salvation… or her ultimate undoing.