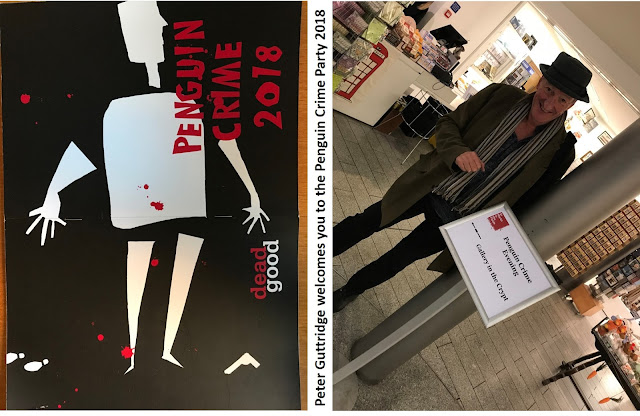 So after lunching with Penguin Random House’s Transworld Imprint (photos and video here) there was just enough time for a couple of Gin and Tonics in a Public House, before the Shots Team set off to re-join our colleagues for the next literary celebration: The 2018 Penguin Crime Party. 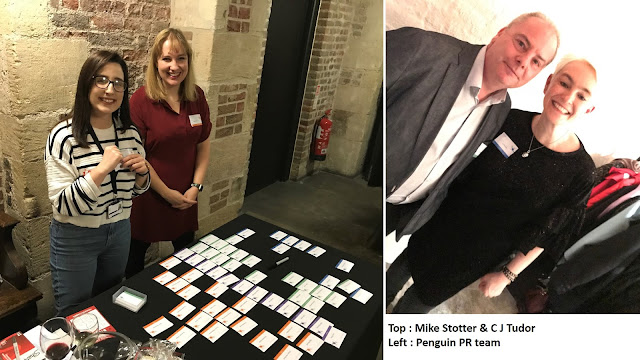 The Penguin Crime Party has been an annual event, principally to support the Michael Joseph imprint at Penguin Random House: one that is renowned for their interest in Crime and Thriller Fiction. 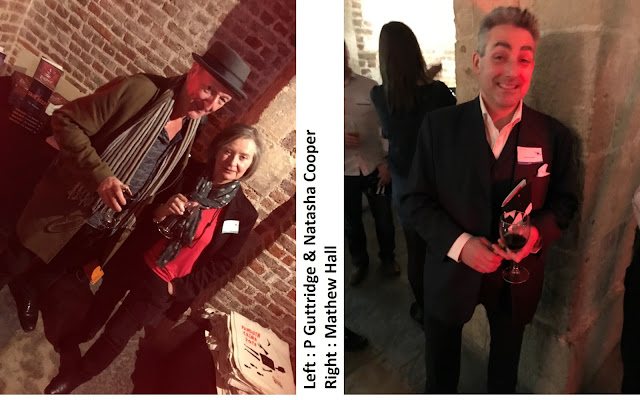 We have archived the 2017 Party Here, the 2016 Penguin Party Here though now very large affairs. 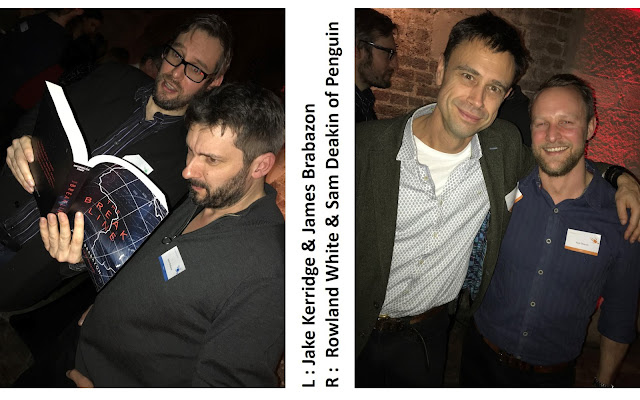 They used to be more modest events, usually hosted upstairs at The Union Club in Soho; where Publisher Rowland White would welcome the dozen or so guests, perched precariously on a rickety old wooden chair. 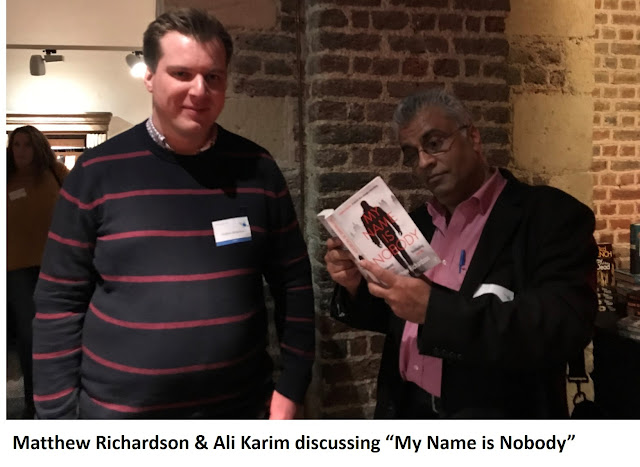 This year we were in The Crypt by Trafalgar Square, where Penguin incidentally hosted a Crime Party over a decade ago [Click Here for going back to 2007] while back in 2005, Mike Stotter and I enjoyed a party hosted by Hodder and Stoughton at the same venue for John Connolly [Click Here for photos and report] 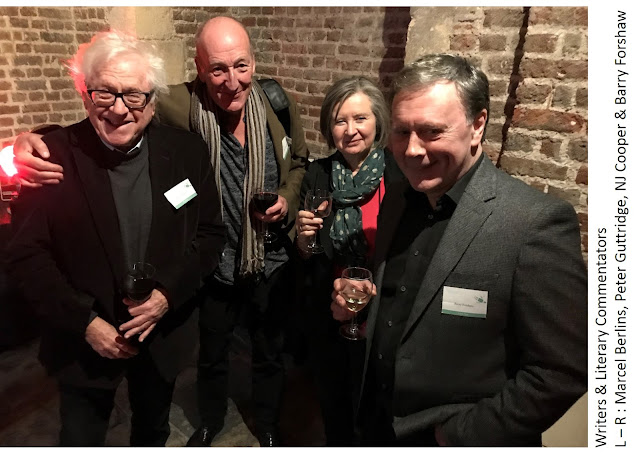 So as The Talented Mr Mike Ripley had to have an early night; Ayo Onatade, Mike Stotter and I wandered off to The Crypt, where we met up with many of our bibliophilic colleagues. 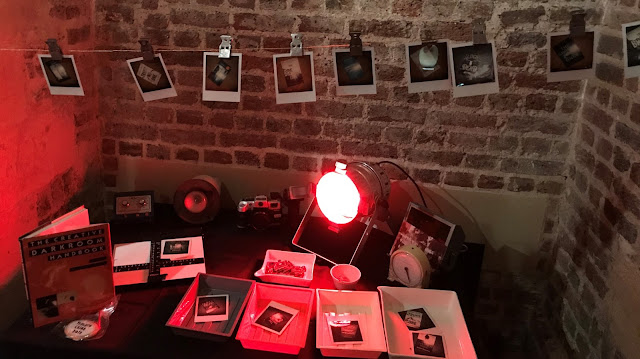 It was great to meet up Chris Simmons of Crimesquad, Karen Robinson of The Sunday Times, Marcel Berlins of The Times, Jake Kerridge of The Telegraph, Jon Coates of The Express, writers / literary commentators Natasha Cooper and Peter Guttridge and many others. 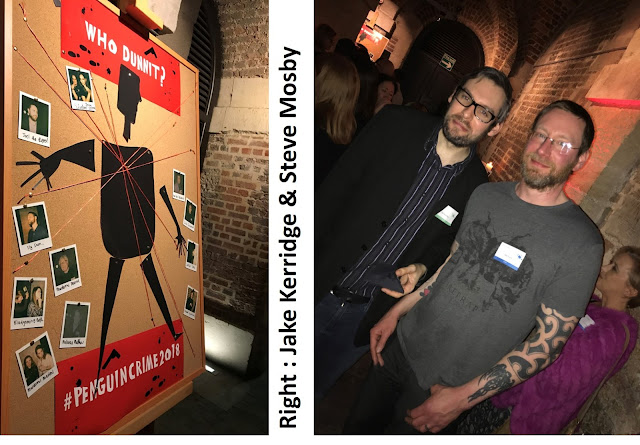 From Penguin we had present Sam Deakin, Rowland White, Gaby Young, Joel Richardson among others – and there were plenty of their authors present to mingle with, between the quaffing of wine, one of life’s pleasures (namely talking about crime and thriller fiction over Red Wine). 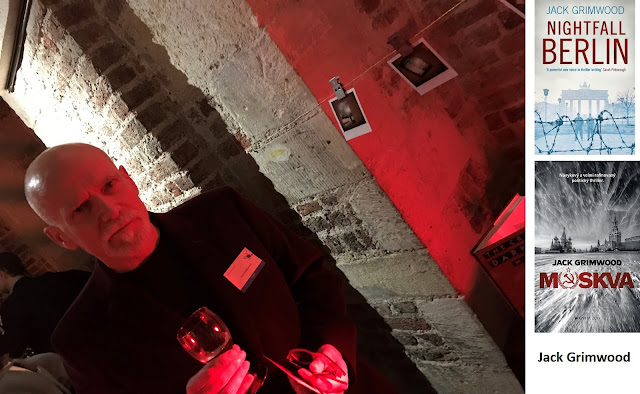 And then it was time to talk books and uncover what is coming from this eclectic Crime and Thriller Imprint; and there were far more writers to name here, so instead we present an array of photographs from the event. 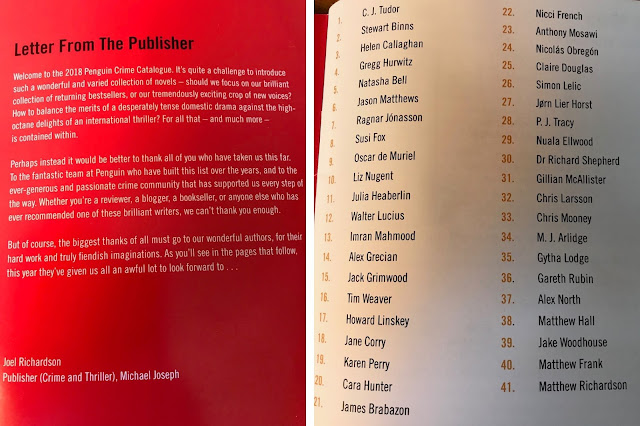 In 1986, news that East-West nuclear-arms negotiations are taking place lead many to believe the Cold War may finally be thawing.
For British intelligence officer Major Tom Fox, however, it is business as usual.
Ordered to arrange the smooth repatriation of a defector, Fox is smuggled into East Berlin. But it soon becomes clear that there is more to this than an old man wishing to return home to die - a fact cruelly confirmed when Fox's mission is fatally compromised.
Trapped in East Berlin, hunted by an army of Stasi agents and wanted for murder by those on both sides of the Wall, Fox must somehow elude capture and get out alive.
But to do so he must discover who sabotaged his mission and why...
You can thank me later. 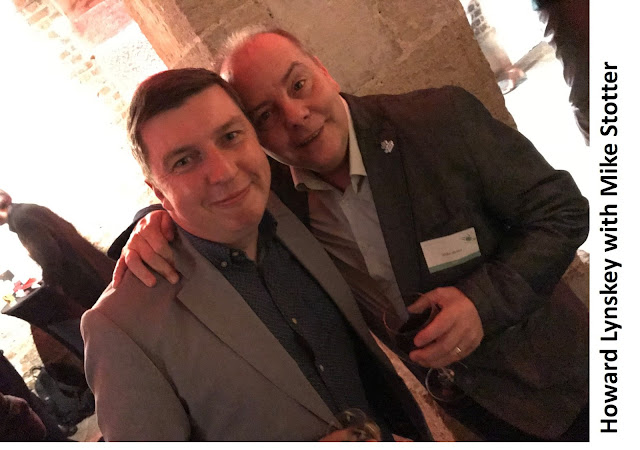 So after thanking Gaby Young and Rowland White for the invitation to the party, we headed back into the London Noir. 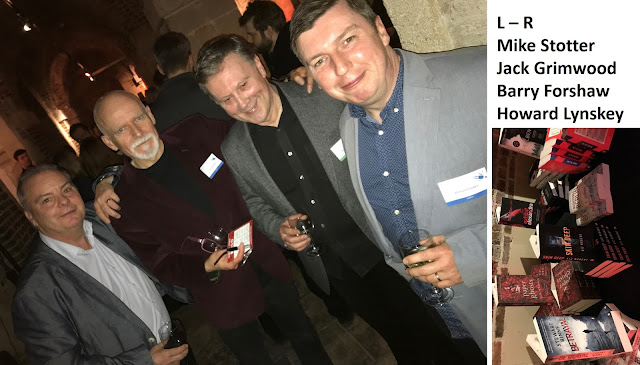 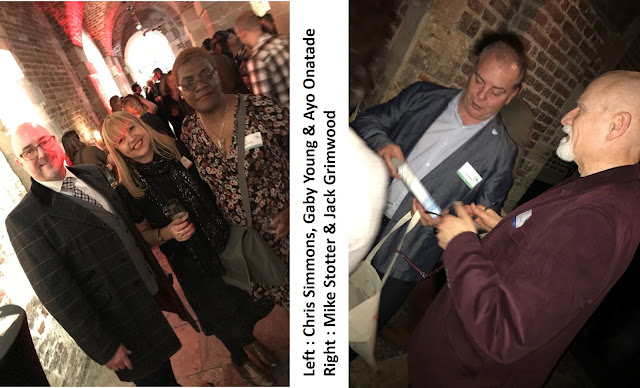