In the Spotlight - Mick Herron 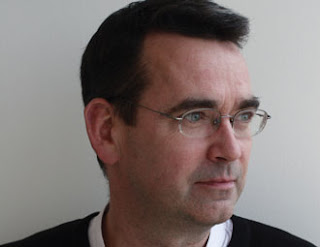 Favourite book
Don’t have one.

Which two characters would you invite to dinner and why?
Captain Haddock, from Hergé’s Adventures of Tintin, and Hazel, from Watership Down. The former for his conversation; the latter for our main course!

How do you relax?
Walks, naps, music.

What book do you wish you had written and why?
David Niven’s autobiography, The Moon’s a Balloon. Because then I’d have been David Niven.

What would you say to your younger self if you were just starting out as a writer?
Hang on in there.

How would you describe your series character?
A functional drunk.

Joe Country by Mick Herron (Published by Hodder and Stoughton) 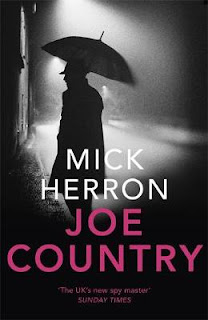 "We're spies," said Lamb. "All kinds of outlandish shit goes on".  Like the ringing of a dead man's phone, or an unwelcome guest at a funeral ...  In Slough House memories are stirring, all of them bad. Catherine Standish is buying booze again, Louisa Guy is raking over the ashes of lost love, and new recruit Lech Wicinski, whose sins make him outcast even among the slow horses, is determined to discover who destroyed his career, even if he tears his life apart in the process.  Meanwhile, in Regent's Park, Diana Taverner's tenure as First Desk is running into difficulties. If she's going to make the Service fit for purpose, she might have to make deals with a familiar old devil ...  And with winter taking its grip Jackson Lamb would sooner be left brooding in peace, but even he can't ignore the dried blood on his carpets. So when the man responsible breaks cover at last, Lamb sends the slow horses out to even the score.  This time, they're heading into joe country.  And they're not all coming home.

Information about 2019 St Hilda's College Crime Fiction Weekend and how to book tickets can be found here.
Posted by Ayo Onatade at 17:00