In the Spotlight - Graeme Macrae Burnet

Introduction
Graeme Macrae Burnet is a Scottish author. His first novel The Disappearance of Adèle Bedeauearned him the Scottish Book Trust New Writer Award in 2013, and his second novel His Bloody Project was shortlisted for the 2016 Man Booker Prize.  His third novel, The Accident on the A35 is a sequel to The Disappearance of Adèle Bedeau.  In 2017 he was named Author of the Year by the Sunday Herald Culture Awards.  He is currently writing his fourth book. 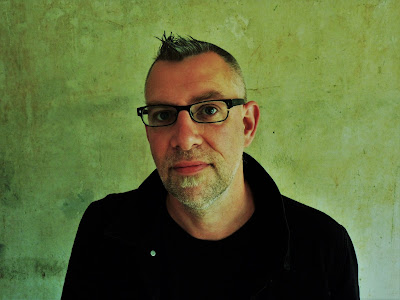 Current book?
I’m re-reading Dracula, and a biography of Bram Stoker by Barbara Belford. I usually have a novel and a non-fiction book on the go at the same time.

Which two characters would you invite to dinner and why?
Raskolnikov, (Crime and Punishment) because all the best dinner parties are unpredictable, and Madame Maigret, because I think she could do with night off the cooking.

What book do you wish you had written and why?
I’m sometimes lost in admiration for other authors’ books, but I never wish I’d written them. A good book is stamped with its author’s DNA.

What would you say to your younger self if you were just starting out as a writer.
Stop torturing yourself. It’s what I still say to myself, but I never listen.

How would you describe your series character?
I’m not really writing a series, but Georges Gorski features in my two Saint-Louis books and will feature in one more. He’s modest, decent and not very tall. He should probably take holiday, but he wouldn’t know what to do with himself.

The Accident on the A35 by Graeme Macrae Burnet (Published by Saraband)
There does not appear to be anything remarkable about the fatal car crash on the A35. But one question dogs Inspector Georges Gorski: where has the victim, an outwardly austere lawyer, been on the night of his death?  The troubled Gorski finds himself drawn into a mystery that takes him behind the respectable veneer of the sleepy French backwater of Saint-Louis.

Information about 2019 St Hilda's College Crime Fiction Weekend and how to book tickets can be found here.