Crime in the Spotlight at Bloody Scotland 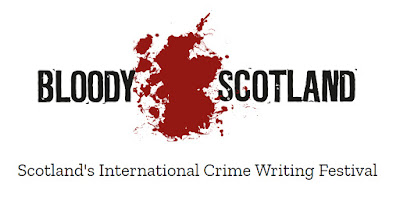 Bloody Scotland will again be supporting new writers by pairing established authors with ‘support’ acts just starting out on their crime writing career.

Graeme Macrae Burnet, author of His Bloody Project was famously ‘In the Spotlight’ as a support act for Ian Rankin before it was shortlisted for the Man Booker and the initiative has been praised on Open Book, BBC Radio 4 for being innovative and breaking the boundaries of traditional book festivals.

Authors ‘In the Spotlight’ this year include Judith O’Reilly, a former producer for Newsnight and Channel 4 News who is paired with David Baldacci straight from leading the torchlight procession; Jackie McLean, who volunteered at Bloody Scotland now makes her way on to the main stage herself with Chris Brookmyre and Michael Robotham; Gordon Kerr, who as Head of Marketing at Waterstones selected Alexander McCall Smith as Book of the Month and will now share the stage with the much loved international star and Noelle Holten, better known to everyone in the crime fiction world as the power blogger Crime Book Junkie, who will be on stage with the even more powerful Ian Rankin and First Minister, Nicola Sturgeon.

it's a great idea and a fantastic opportunity for new writers. big thanks to the Bloody Scotland organising committee