An October Surprise from Audible 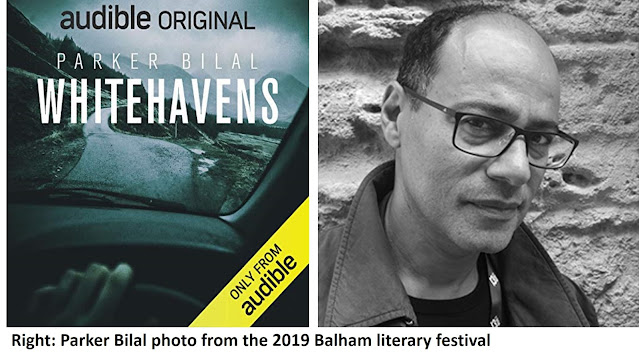 Before Halloween is upon us, it might be worth downloading this remarkable literary crime thriller WHITEHAVENS by Parker Bilal from Audible, in readiness for that night - All Hallowes Eve.

But first a little background: Yet again, Audible present an exclusive, a crime thriller to debut as an audiobook before entering print or as an eBook; Audible’s 2020 October surprise -

So, what is Whitehavens all about?

In a mission that goes badly wrong, loyal assassin Brodie takes out the nephew of the criminal mastermind he works for – and the hitman suddenly finds himself in the firing line. Saved by the woman he was sent to kill, Brodie is injured and at her mercy. But Brodie and Karima know too much about unforgiving gangster Donny to remain alive. Brodie his gun for hire. Karima his accountant. They both know where the bodies are buried.

And when Donny turns the might of his brutally violent empire on them there’s only one thing to do: run. Because as Brodie knows all too well, a moving target is harder to hit. Bound together, this unlikely couple must do all they can to survive. But can Karima ever trust the man who was sent to end her life?

Taking flight, they can only outpace their would-be killers for so long. When they run out of road, they have one last shot at freedom. But can they make it – before it’s too late?

Whitehavens by Parker Bilal is a standalone spin off from the Crane & Drake Series. Inspired by personal experience, Whitehavens follows the story of the hitman who suddenly finds himself to be the marked man.

Released exclusively to Audible and narrated with flourish by actor Damian Lynch, it’s a thought-provoking distraction from the Covid-19 lockdown.

Parker Bilal was born in London, he has lived in Khartoum, Cairo, Denmark, Barcelona and currently, Amsterdam. He began writing literary fiction under his own name Jamal Mahjoub publishing seven critically acclaimed literary novels, which have been widely translated.

However, in 2012 Mahjoub realised a long-held dream of breaking into Crime Fiction with The Golden Scales, the first in his Makana series. Set in Cairo, the series covers the decade from 2001 to 2011 and the Arab Spring.

For more information, head to www.audible.co,uk and join the growing numbers who have that £7.99 / month membership. 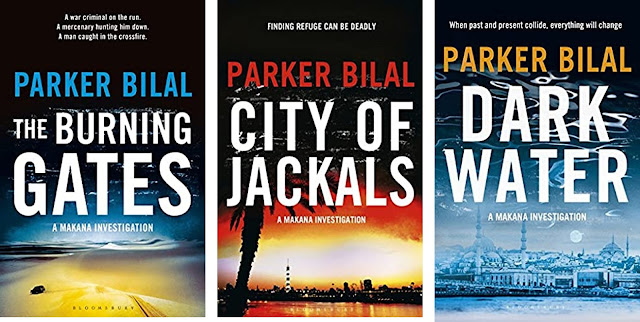