Alec Marsh on Enemy of The Raj 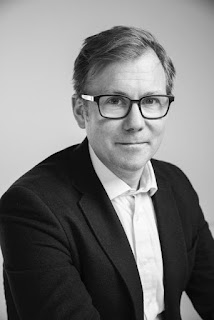 I decided to set my new Drabble and Harris novel, Enemy of Raj, against the backdrop of British India because, as well as making for a thoroughly entertaining thriller, I wanted to explore the phenomenon of the Raj.

The history of Britain in India, which one can date from the formation of the East India Company in 1600 (through grant of a charter by Elizabeth I) right up until 1947 when the country gained independence, is longer than most people probably realise and reflects the rise and decline of Britain as a world power.

But the long association and the relative amicability of post-colonial relations obscures a genuinely troubling narrative, (one that William Dalrymple, for example, has done an important job in exposing in his recent book The Anarchy). Importantly, therefore, I also wanted Enemy of the Raj to be an opportunity to debunk the prevalent swathe of nostalgia about British rule in India – what one might call the Merchant Ivory view of history.

It was not the benign costume drama depicted in popular culture. It was as most know already, a thoroughly ghastly and morally repugnant example of societal exploitation, the dominance of one culture over another. Not only that but it’s one that when it reached its zenith in the early 1900s was based on pretty diabolical notions of white racial superiority, the consequences of which we are still living with today as the BLM campaign this summer has highlighted.

And in this, the title of the book is particularly deliberate – for today, we are all enemies of the Raj. But when the story is was set in 1937 supporting the Raj was an absolutely respectable position. Don’t forget that when Winston Churchill became prime minister in 1940 he declared that he had not ‘become the King’s first minster in order to preside over the liquidation of the British Empire’. And when he said that he chiefly had India in mind.

So it was important for me that the book correctly locates the British where they were in the 1930s – which is, I’m afraid to say, on the wrong side of history.

But when you consider that 100,000 Brits were running India – which then had a population of 300 million – you realise it’s not a simple matter at all.

For a start, 100,000 Brits can’t all be bad. In the book, I have several British colonial figures, many of whom I firmly believe to be a thoroughly good people – really no different to you or me – but doing what is bad work, as diligently and efficiently as he could. But understanding that perfectly decent, ordinary people can be involved in collective evils and behave monstrously is a vitally important part of understanding how things like the Raj – or horrors such as the Holocaust or the transatlantic slave trade for that matter – can come about.

So, notwithstanding the fact that Enemy of the Raj is primarily an entertainment (as Graham Greene put it) and is conceived as a gripping, light thriller, there is a very serious point that I wanted to highlight.

The second book in the Drabble and Harris series (the first was Rule Britannia, published last year) story follows London newspaperman Sir Percival Harris (he hates his first name and is known simply as Harris) and his old friend Ernest Drabble, a Cambridge professor of history and amateur mountaineer, in India to interview a famous (and real life) maharaja, named Sir Ganga Singh. Pretty quickly after arriving in Delhi, however, they discover that forces are at work and soon they become involved in an audacious assassination plot...

As well as offering an opportunity to demonstrate the unpleasant side to the whole matter, the story also offers the opportunity to indulge in counterfactual speculations. In an early conversation with another (pro-empire) British journalist they discuss how long British rule has got left. Now, we all know the game was up in 1947, but the outlook in the late 1930s didn’t look like that. The British journalist in the story then suggests that Britain could possibly hang on until 1984 – ‘If we play our cards right.’

Playing our cards right included decades of policies which deliberately sought to divide Hindu and Muslim opinion, to play one set of communities off against another. This ultimately led to the appalling massacres of partition in 1947 when up to two million were killed and 14 million people displaced. As the late historian Norman Stone remarked, when empires fail, bad things happen. But in this case the British were complicit – unwittingly or otherwise.

During one argument in the book, Drabble – who is a good old fashioned leftie and very much the voice of today – asks Harris, a dyed in the wool imperialist, how far he would be prepared to go to maintain British rule in India? Would he shoot people?

The moment he’s confronted with this Harris knows the game is up – he’s not going to pull the trigger. But it takes something else to happen to him before he can admit it to himself because, after all, he’s been indoctrinated with the racial superiority nonsense.

But admit it he does. And in the same way I tend to agree with those who say that Britain still has some way to go before it admits to itself properly that what was done by our forefathers in India was wrong. Even if many of them were thoroughly decent people, just like you and me.

Enemy of the Raj by Alec Marsh is published by Headline Accent priced £9.99 in original paperback and available as an ebook

India, 1937. Intrepid reporter Sir Percival Harris is hunting tigers with his friend, Professor Ernest Drabble. Harris soon bags a man-eater - but later finds himself caught up in a hunt of a different kind... Harris is due to interview the Maharaja of Bikaner, a friend to the Raj, for his London newspaper - and he and Drabble soon find themselves accompanied by a local journalist, Miss Heinz. But is the lady all she seems? And the Maharaja himself is proving elusive... Meanwhile, the movement for Indian independence is becoming stronger, and Drabble and Harris witness some of the conflict first-hand. But even more drama comes on arrival at Bikaner when the friends find themselves confined to their quarters... and embroiled in an assassination plot! Just who is the enemy in the Maharaja's palace? What is the connection to a mysterious man Drabble meets in Delhi? And what secret plans do the British colonial officers have up their sleeves?