Capital Crime and Amazon Publishing have partnered for a second year to present innovative new awards that give readers the power to honour their favourite books, films & TV

After a successful first year with authors Ian Rankin, Oyinkan Braithewaite and C L Taylor among the 2019 winners, Capital Crime is pleased to announce the shortlists for the 2020 Amazon Publishing Readers’ Awards.

The awards are a celebration of the crime and thriller genre and recognise excellence in film and television as well as books. The shortlists were decided by Capital Crime’s advisory board of authors, industry leaders and reviewers, and readers will have the final say on who wins in each category.

David Headley, co-founder of Capital Crime said, ‘​Capital Crime is all about the readers. From our Festival to our Book Club we want to focus on continuing our inclusive celebration of the crime and thriller genres. We are here to entertain and engage with fellow fans, and it’s only natural we give readers the ultimate say over who wins our awards.’

Adam Hamdy, author and screenwriter, and co-founder of Capital Crime said, Amazon leads the way in technology innovation and it’s fitting that our awards make use of new technology to put the power in the hands of crime and thriller fans. Get involved, become part of the Capital Crime community, and have your say.’

Jose Chapa, Director, EU Books, at Amazon said: ‘We at Amazon Publishing are delighted that readers have shortlisted such a vibrant, diverse range of authors across so many categories for this year’s awards. It’s a testament to the fantastic quality of books on offer to readers in the crime and thriller genre this year, and it’s particularly inspiring to see so many up-and-coming authors featured.'

The winners of the awards will be announced at 6:30pm on Tuesday 13th October via Capital Crime’s social media platforms and newsletter. 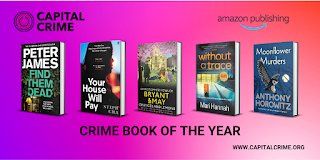 CRIME BOOK OF THE YEAR

Find Them Dead by Peter James

Your House Will Pay by Steph Cha

Bryant & May - Oranges and Lemons by Christopher Fowler

Without A Trace by Mari Hannah 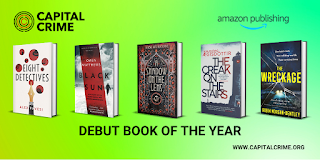 DEBUT BOOK OF THE YEAR

A Shadow on the Lens by Sam Hurcom

The Wreckage by Robin Morgan Bentley 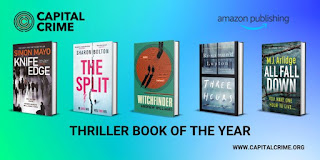 THRILLER BOOK OF THE YEAR

The Split by Sharon Bolton

All Fall Down by MJ Arlidge 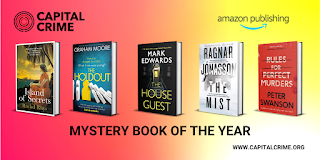 MYSTERY BOOK OF THE YEAR

The Mist by Ragnar Jónasson

The House Guest by Mark Edwards

Island of Secrets by Rachel Rhys

The Holdout by Graham Moore 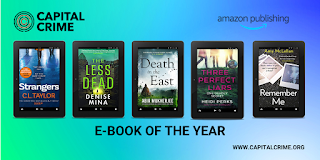 E-BOOK OF THE YEAR

The Less Dead by Denise Mina

Remember Me by Amy McLellan 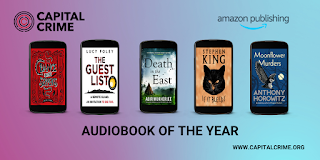 AUDIOBOOK OF THE YEAR

If It Bleeds by Stephen King

The Dance of the Serpents by Oscar Muriel 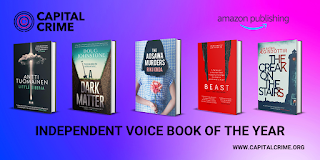 INDEPENDENT VOICE BOOK OF THE YEAR

The Aosawa Murders by Riku Onda

The Creak on the Stairs by Eva Bjorg Ægisdóttir

A Dark Matter by Doug Johnstone 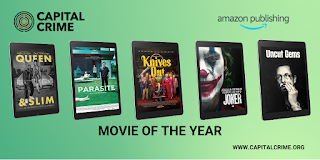 CRIME MOVIE OF THE YEAR 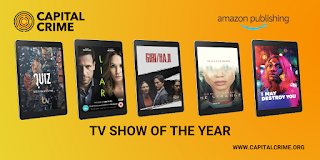 CRIME TV SHOW OF THE YEAR

I May Destroy You

Capital Crime is a diverse, inclusive and socially responsible festival, running initiatives including social outreach to support students exploring a literary career, an innovative digital festival and the ​New Voices Award.​ The festival is the brainchild of British screenwriter Adam Hamdy and Managing Director of Goldsboro Books, David Headley.

Capital Crime organisers cancelled their 2020 festival, due to take place on 1– 3 October

2020, due to the ongoing COVID-19 pandemic. Capital Crime is an inclusive, and welcoming festival with the safety and enjoyment of their on site team, panelists and guests at the heart of every event. They look forward to announcing their 2021 festival in due course.

Every month our subscribers will receive:

● Two carefully curated paperbacks from the crime and thriller genre.

●Access to exclusive online author interviews with the opportunity to submit questions in advance.

● The latest news and competitions in the crime and thriller community.

● Access to our back catalog of festival content and interviews which grows every month. For more information on ​The Capital Crime Book Club you can visit their website here: www.capitalcrime.digital/capital-crime-book-club