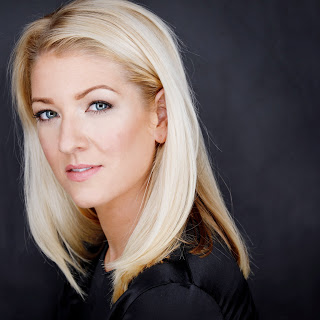 Like people in real life, characters in books aren’t black and white. Or shouldn’t be, anyway. For the thriller writer, there’s a challenge in creating perpetrators, sometimes of heinous crimes, that in spite of their wrongdoings remain human. Basically, the baddies can’t be all bad, and the goodies can’t be all good.

My new novel, Playdate, tells the story of seven-year-old Lucia Blix who is abducted from a sleepover by a seemingly normal mother in an affluent Norwegian town. The question in the book is never who did it, but why? What could possibly make a woman take another woman’s child, and how would she justify such an act to herself? These were the questions I attempted to answer as I set out to write Playdate. I wanted my abductor to be not the stereotypical ‘evil psychopath child abductor’, but a normal person driven to commit a shocking crime, and I wanted to rouse empathy in my readers.

In the initial stages of constructing the novel, I conducted a lot of research into child abductions and motives. I discovered that most attempted abductions are unsuccessful, and that most successful abductions are by family members, most commonly in custody disputes. Of the small number of children snatched by strangers, girls are overrepresented and more likely than boys to be abducted for sexual exploitation. It was important to me as I set out to write Playdate, that my child protagonist didn’t suffer greatly, and that she didn’t encounter serious abuse or violence. I don’t wish to write stories in which children are exploited or come to serious harm, but rather where the potential threat to their innocent lives drives the action.

I needed the abduction story to feel fresh and plausible, and the theme I kept returning to when working out the motives was revenge. It was the one motive that I could imagine could turn a normal, functioning human being into a criminal capable of going to the lengths of taking someone else’s child. It just had to be an eye for an eye kind of crime…

The next area of focus when it came to constructing the abduction in the novel, was the logistics. I discovered that most ‘stranger abductions’ involve a man in a vehicle, taking a kid off the street. The problem with this in Playdate was the fact that I absolutely needed my ‘villain’, Jacqueline, to get little Lucia Blix to her remote mountain farm in the French Pyrenees without being detected, and thus the seemingly innocent playdate-turned-sleepover was born. As I started writing, I realized that the playdate itself added to the suspense- after all, what parent hasn’t sent their child off to play at someone’s house without necessarily knowing that much about the other parents?

Lucia is taken from her sleepover in the middle of the night and has already crossed several international borders by the time her parents even realize she’s gone. By the time the police get on the case and Lucia’s image is widely circulated across Europe, the little girl is installed in her new life as Jacqueline’s daughter and Josiane’s twin, at a beautiful but terribly remote farm with no neighbors within walking or shouting distance. Jacqueline proceeds to care for Lucia as her own, teaching her French and manipulating her into believing she never was someone else’s daughter.

As I wrote the novel, I felt my empathy shift from the bereaved mother, Elisa Blix, to the abductor, Jacqueline Thibault, and back again, repeatedly, as the plot progressed. Lucia’s mother has her own skeletons in the closet, secrets big enough to compromise the reader’s sympathy for her, but surely nobody deserves to have their child snatched? And Jacqueline emerges as a competent, loving parent whose past history succeeded in making me truly understand why she does what she does.

I loved writing characters who initially come off as ‘good’ and as victims, who turn out to have rather more than just a dash of bad in them, and equally- villains who possess qualities than make them undeniably deserving of sympathy.

Ultimately, I chose child abduction as the main theme in Playdate as over the years, like so many of us, I have followed several high profile child abductions in the media and felt very affected by the families’ and children’s plights, perhaps especially as a mother of three young children myself. I wanted to imagine a scenario in which the child itself didn’t come to harm, and in which interesting questions around karma and vengeance could be raised. 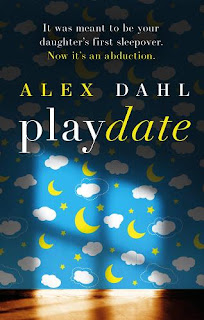 Playdate by Alex Dahl (Published by Head of Zeus)

It was meant to be your daughter's first sleepover. Now it's an abduction. Lucia Blix went home from school for a playdate with her new friend Josie. Later that evening, her mother Elisa dropped her overnight things round and shared a glass of wine with Josie's mother. Then she kissed her little girl goodnight and drove home. That was the last time she saw her daughter. The next morning, when Lucia's dad arrived to pick her up, the house was empty. No furniture, no family, no Lucia. Who has taken their daughter, and why?