Elly Griffiths on The Postscript Murders 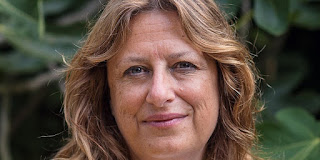 When I came to write the Ruth books, I turned to my Aunt Marge, who lived in Norfolk. Marge, a retired Maths teacher, was the perfect research assistant. In The Janus Stone, when Ruth and Nelson are involved in a deadly race on the Broads (it’s more exciting than it sounds, I promise) Marge and I traced the entire route in her boat, even to scraping under Potter Heigham Bridge. Marge took me to museums and archaeological digs. She told me about folklore and tide times. She seemed to know every pub and every church in a county where both proliferate.

Then Marge moved from Norfolk. She wanted to be nearer to us and to her son. She bought a flat on the south coast with a magnificent view of the sea. She loved her new location but something about it - maybe the sea air - seemed to make her dwell on murder. Marge had always been an avid reader of crime novels but now her head teemed with ideas for…well, with ideas for how to kill people.  She kept a notebook and, at least once a week, she’d ring me with a new homicide suggestion. I used one of her scenarios in The House At Sea’s End and it was described by the Financial Times as ‘particularly nasty’. Marge framed the cutting.

I started to think. What if there was such a thing as a murder consultant? And what if that consultant was an innocent-looking elderly lady living in sheltered accommodation? And so the idea for The Postscript Murders was born.

PS: Thanks for the murders. The death of a ninety-year-old woman with a heart condition should absolutely not be suspicious. 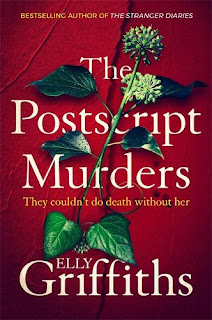 DS Harbinder Kaur certainly sees nothing to concern her in carer Natalka's account of Peggy Smith's death. But when Natalka reveals that Peggy lied about her heart condition and that she had been sure someone was following her... And that Peggy Smith had been a 'murder consultant' who plotted deaths for authors, and knew more about murder than anyone has any right to... And when clearing out Peggy's flat ends in Natalka being held at gunpoint by a masked figure... Well then DS Harbinder Kaur thinks that maybe there is no such thing as an unsuspicious death after all. PS: Trust no one.