East Side Story by Bogdan Teodorescu 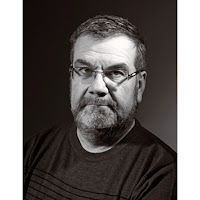 Let me tell you a story.

One day in July, a family from a village in Romania announces on social media that their fifteen-year-old daughter has gone missing after getting a lift on her way home from school. The police tell the father that the girl has probably run away with a boyfriend. The next day, the girl calls the emergency number and claims she has been kidnapped, held captive and raped, and that she is currently tied up. She makes several follow-up calls: the first few times, the operator tells her to get off the line, then a new operator picks up and, during the last call the girl says the kidnapper is approaching.

Although the girl describes the building she is being held in, nobody manages to identify it, nor are they able to track her seven calls. The police search unsuccessfully. They identify the registration of the vehicle, but are late in obtaining a warrant to search the owner’s house, and then there aren’t enough officers for a raid. Finally they storm the place to find clothes and jewellery, as well as ashes and what appear to be human remains.

They arrest a 65-year-old former mechanic, and find out that there had been a previous similar case, also unsolved. That girl’s family had been told that she must have run off with a lover.

The suspect at first denies all the charges, but after unrecorded and unwitnessed interrogation, he confesses. Crime scene analyses are inconclusive and conflicting.

These events take place just before a presidential election campaign starts. Candidates include the incumbent president and prime minister and a full roster of others. Several senior police officers involved in the case resign or ‘are resigned’. A relative of one victim has developed a high media profile, and becomes a candidate. A rumour circulates that the two girls are not dead but were kidnapped and trafficked by a prostitution ring. Somehow, a nearby American military base is also mentioned. Various scenarios come into play, that a network of traffickers is at work in the area, operating with the tacit consent of (unnamed) politicians and (also unnamed) police officials.

Since it’s election season, potentially corrupt figures appear to change political allegiance according to whoever mentions the issue and depending on what media platform they appear.

A few months later, the suspect writes to tell the family of the first victim that the girl is not dead, merely kidnapped, and that he was forced to confess to a crime he didn’t commit.

A police report concludes there’s insufficient evidence to confirm that bones found at the location the suspect had revealed in his confession belong to the first victim. Then they arrest an accomplice. Another theory is that both girls are in Italy and being moved from place to place – unclear who is doing the moving. The Italian authorities cannot confirm this.

Gradually, the whole story fizzles out. To this day, it’s unsolved.

The moral of this sadly true story is that crimes may be very similar all over the world, but circumstances are very different. In my more-or-less noir novels, it’s these differences that I explore; the way in which place (in my case, Romania) influences the way that crimes are perceived in society. I am less interested in the motivation of the criminal mind, or the forensic techniques used by the investigators, than in how people at various levels of society react to crime and its consequences.

In this respect, Eastern Europe and the Balkans offer a very different perspective. Geographically very close to Western Europe, we are at the same time quite far apart. We may look similar at first sight, but delve more deeply, and you spot major differences.

Eastern Europe has long been considered the little sister of the West, when in fact she’s an estranged cousin, with a very different education life experience. Not only do big sister’s clothes not fit her, she doesn’t even like them much. She occasionally plays the part, if it gives her access to her Western host’s delightful home. But Eastern Europe isn’t a child born a little later and going through the same stages of development. She’s a child born at the same time, who lived a completely different life. She’s had another past, so has different stories to tell. Different stories mean a new and varied perspective, as well as other priorities.

Noir novels should embrace these differences. That’s why we should seek them out – for the unique perspectives they give us on other societies.

Romania isn’t as cold as in Scandinavia. You never find total silence here, even when you crave it. There are other smells and flavours, other parties and funerals to discover. That’s why police, politicians and journalists – anyone who becomes a character in a novel – think and behave differently.

The Scandinavians can touch the North Pole with the top of their heads. Eastern Europeans have their fingertips in the Orient and the Russian steppe.The time has come for Balkan chaos to become a destination in literary noir. It doesn’t replace Scandinoir, if only because our snow tends to get dirty very quickly. It’s simply that if we see crime as a major indicator of universal human error, then the Balkans have their own stories to tell. Completely different from the stories you’ve heard until now...

A shadowy killer stalks the streets of Bucharest, seeking out victims from among the Roma minority.The police are at a loss to track down the murderer, who always dispatches victims in the same manner – hence the Sword nickname the media are quick to give to the killer. As panic starts to take hold and inter-racial tensions start reaching boiling point, politicians and other influential figures try to manipulate the situation for their ends.