The Story Behind The Bronte Mysteries by Bella Ellis 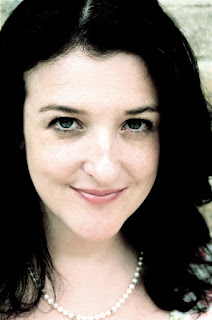 I first visited the Bronte Parsonage Museum on a rainy day when I was about ten years old, and it made a lasting impact on me. That day I discovered a passion for the Brontë family, their novels and lives, that would never fade, playing an integral part in my journey to becoming an author myself. Their breath-taking talent, boundless imagination, determination and resilience has always been a constant inspiration to me. I love the combination of resourceful and fearless female characters with dark and often dangerous plots and settings that made the novels of all three sisters revolutionary. Combine that with my love of a really good, old fashioned gothic mystery and it’s not too hard to see how the idea for the Bronte Mysteries and the first two books in the series, The Vanished Bride and The Diabolical Bones came about.

There are multiple reasons why it seemed really natural to me to weave the true stories of their biographical lives around a crime and mystery series of novels. Firstly, there has been a fairly long tradition of Bronte inspired fiction, which goes over the events of their lives and struggles in a fairly straightforward, if heartfelt way. As enjoyable as it is, that kind of fictionalisation is not for me, so when it comes to the Bronte Mysteries, it was the crime solving element of the novels that came first. The truth is, though we know a lot about the lives of the Brontës, only about 5% of their lives are documented. As far as I’m concerned, this leaves lots of room for stories.

When you think about it, it’s not so much of a leap to see the Bronte sisters as something of mystery writers themselves. There’s the horror of the Red Room in Jane Eyre, followed by the mysterious goings on in the attic at Thornfield, resulting in one of the best rug-pulling moments in literature there is. In Wuthering Heights, we have a psychological thriller about boy with a murky past who becomes an angry man with a grudge, obsessed with the narcissistic girl he grew up with, resulting in a violent and deadly eruption of passion and fury. (Please note Wuthering Heights is not a romance) and in The Tenant of Wildfell Hall, our heroine is living under an assumed name, having escaped an abusive marriage with the threat of discovery looming ever closer. So, the sister’s body of work is already steeped in mystery, intrigue and twisty plots. Add that to the equally compelling stories of their lives and you have the perfect ingredients for lady detectors shining a light in the dark and dangerous world of the mid 19th century.

When the first novel in the series opens, they are all living under one roof again for the first time in a long time, Charlotte nursing a broken heart from her unrequited love for her married tutor, Branwell disgraced after being discovered carrying on an affair with his bosses wife, Anne forced to resign from her governesses job because of the scandal, and Emily living quietly at home looking after her father and her pets. They are reunited against the backdrop of tumultuous emotion and high drama, in their tiny house on the edge of the wild moors, and a village where the average life expectancy was only 24 years old.

Formal policing was very much in its infancy in Yorkshire at the time and the local constable would be employed by the magistrate and paid on a no arrest no fee basis, which as you can imagine led to a less than reliable judicial process.

Juxtapose this against the backdrop of the ever-increasing industrialisation of the area, the wide spread poverty, disease and equality as well as the last remnants of the old Yorkshire folklore that the Bronte children were raised on, then you have the perfect background for some seriously dark and gothic mystery fiction.

Finally, from my point of view, the opportunity to take these three fantastic women that I love, women that each died far too young, and let them loose on the moors in search of the truth and adventures was my very small way of giving them just a little bit more of the life that they should have had, a life they so deserved.

The Diabolical Bones by Bella Ellis.

It's Christmas 1845 and Haworth is in the grip of a freezing winter. Charlotte, Emily and Anne Bronte are rather losing interest in detecting until they hear of a shocking discovery: the bones of a child have been found interred within the walls of a local house, Top Withens Hall, home to the scandalous and brutish Bradshaw family. When the sisters set off to find out more, they are confronted with an increasingly complex and sinister case, which leads them into the dark world of orphanages, and onto the trail of other lost, and likely murdered children. After another local boy goes missing, Charlotte, Emily and Anne vow to find him before it's too late. But in order to do so, they must face their most despicable and wicked adversary yet - one that would not hesitate to cause them the gravest of harm. . .