Memories and Secrets by Susi Holliday 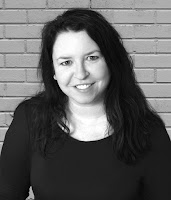 Anyone who has read any of my books will know by now that I don’t stick to a formula. I’ve gone from police procedurals to serial killers at Christmas, to ghosts mixed with coercive control, to psychotic females on the Trans-Siberian Express – and now to a bunch of gleefully unlikable strangers trapped on an island with a scarily plausible memory-tracking device pinned behind their ears.

Why? Because this is how I read.

When I first started writing seriously back in 2011, I battled for a long time with myself on what I was going to write. I knew I wanted to be traditionally published, and as a voracious reader of crime, horror, speculative fiction and even what’s annoyingly called “women’s fiction”, I was a bit torn. OK, not that torn. I knew my first book was going to be dark, and it’s so dark, I called it Black Wood. I settled on the story after realising that I needed to write about something I knew – and I based it on an even that happened to me as a child. All of my books since then have contained elements of things I know, merged with things I wanted to know – this is what research is for, after all.

But fast forward to Book 7 (how did that happen?!) and I’ve gone back to childhood again. Not mine, specifically. But the book opens with a couple of childhood friends – or seemingly so – who’ve met while holidaying on an island and formed an immediate strong bond. A bond that is cemented when something awful happens that only the two of them know about.

I’m fascinated by secrets, as I think all psychological thriller writers are. And I’m also fascinated by the way that children can be manipulated into keeping secrets, while their brains remain both susceptible and trusting. I’m also interested in childhood friendships, and how, without the shackles of “adulting” they can be formed quickly, intensely and cause utter devastation when they end, only for the memories to slowly fade as new friendships come along to replace them.

I can still remember the first friend that I “lost” as a child. She was in my Primary 1 class and her name was Vicky. She had neat blonde hair, to my hard-to-manage brunette, and she was fun. Other than that, I remember nothing about her – apart from the sheer devastation I felt when her family moved away and she was no longer my friend. But being five, I got over it.

Every time I went on holiday with my parents, I met a new best friend. One of these friends was called Melanie, and my parents became friendly with hers, so we arranged to meet up back home. And we did. They lived about an hour or so from us, but in Scotland in the 80s, that seemed like a million miles away. We went to visit them, they came to visit us. But then it trickled off – obviously because it wasn’t really a priority for either set of parents. And while I was sad for a while, again, I moved on.

But as I was planning The Last Resort, I started thinking about these friends, and others. These people who are so incredibly important one minute, and forgotten the next. I realised I could barely remember a thing about these girls, but I remember playing with them, and having fun with them, and I remember that Melanie had short dark hair, styled page-boy-esque like mine was for a while. We were both victims of that unfortunate trend. I started thinking about memories, and what sticks with you from a young age… and what doesn’t. When I ask my parents about certain things that I am sure happened, they have different recollections. I often wonder if Vicky or Melanie remember me; if they even remember my name. Memory is such a fallible thing, which is why I wanted to create a device in my story for harvesting memories. For bringing those long-lost friendships back to the surface.

What if not everyone has such fleeting memories of their childhood friends?

For all I know, they could have been searching for me for years… 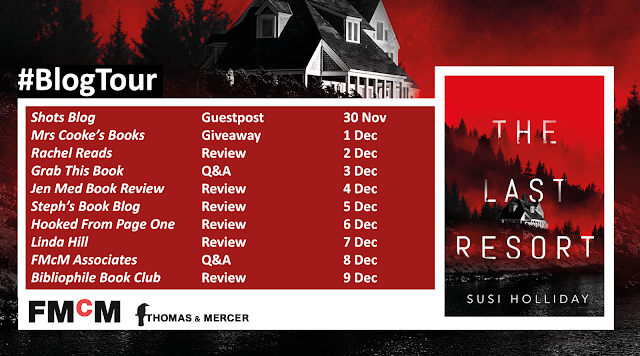 When Amelia is invited to an all-expenses-paid retreat on a private island, the mysterious offer is too good to refuse. Along with six other strangers, she’s told they’re here to test a brand-new product for Timeo Technologies. But the guests’ excitement soon turns to terror when the real reason for their summons becomes clear.  Each guest has a guilty secret. And when they’re all forced to wear a memory-tracking device that reveals their dark and shameful deeds to their fellow guests, there’s no hiding from the past. This is no luxury retreat—it’s a trap they can’t get out of.  As the clock counts down to the lavish end-of-day party they’ve been promised, injuries and in-fighting split the group. But with no escape from the island—or the other guests’ most shocking secrets—Amelia begins to suspect that her only hope for survival is to be the last one standing. Can she confront her own dark past to uncover the truth—before it’s too late to get out?