Johnny Depp could take on the role of Nick Charles in Dashiell Hammett’s The Thin Man if he gets his way. Also bringing on board director Rob Marshall to helm the remake. The actor is looking to develop it via his Infinitum Nihil production company
Dashiell Hammett wrote the detective novel in 1934, which finds heavy-drinking, quick-quipping, private eye Nick Charles giving up his hard-boiled life to settle down into a world of dedicated alcoholism after marrying wealthy socialite Nora. But his old job comes calling when he’s drawn into investigating a murder, with his wife along for the ride.
While the novel itself never generated a sequel, it became the source material for a series of movies from Warners, with William Powell as Nick and Myrna Loy as Nora. And NBC turned it into a short-lived TV show in the 1950s. 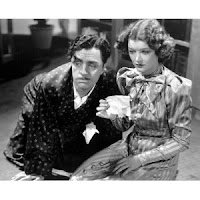 I think he'd be great!

I never understand the need to remake a perfect movie.