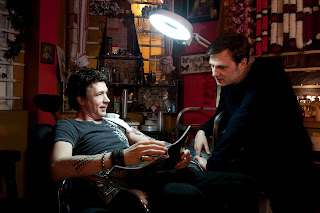 Sky TV have not been big players in the entertainment-making department. Apart from a couple of tentative projects – the Terry Pratchett serials and Must Be the Music spring to mind – it is largely associated with soccer soap Dream Team and flops such as Harry Enfield's Brand Spanking New Show.

But with last year's hard-hitting version of Martina Cole's The Take and now its dramatisation of the Tom Thorne novels, Sky1 is showing the Beeb and ITV a thing or two about making distinctive crime drama.

It's visually striking and has a great cast and director, delivering a psychologically gripping journey that's a long way from Heartbeat or Inspector George Gently.

David Morrissey not only gives a huge performance as Thorne but he is the show's executive producer and was a prime mover in joining forces with Mark Billingham to get it made. They even chose the little-known vintage country music soundtrack that adds dreamy flavour to this contemporary drama.

Sleepyhead was the first Thorne novel, featuring Billingham's chilling idea of having a psycho who induces a state of 'locked-in syndrome' in his victims.

Thorne investigates what appears to be three murders, the technique of applying pressure to induce living paralysis being difficult to achieve, until a fourth victim survives. No sooner does he realise the perpetrator has actually been trying to permanently paralyse the victims, than Thorne is haunted by flashbacks to a serial killer he nailed years before.

This dead figure from his past appears to be sending Thorne messages, and Morrissey conveys all the character's passion and turmoil, as the detective is drugged, beaten and falls from a building while chasing the elusive killer. 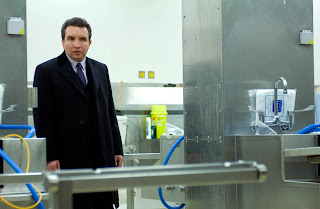 What a fine cast this has. Eddie Marsan is menacing as Thorne's twisted colleague, Kevin Tughan. Aidan Gillen, almost as ubiquitous as Morrissey on TV these days, has some tense scenes with Thorne as the pathologist Phil Hendricks.

And Natascha McElhone is alluring and drily funny as Dr Anne Coburn. It’s an ensemble show with Morrissey sharing the limelight and plot twists with his co-stars, particularly Marsan.

The drama deviates from the book as the story develops, Billingham generously saying writers Jim Keeble and Dudi Appleton, covered holes in the novel. But this viewer actually preferred the novel’s finale, finding the on-screen denouement a little convoluted.

While Sleepyhead is not in the same league as The Wire (The Standard in London this week spoke of them in the same breath), it is better than a lot of British crime serials around now.

The BBC and ITV better watch out. There’s a new crime outfit on the manor. 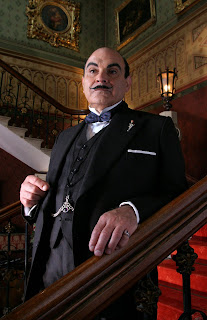 The little grey cells are at work again in a seasonal story called Hallowe’en Party, going out on Monday, 18 October on ITV1.

The screenplay is by Mark Gatiss, who pulled-off the wonderful updating of Sherlock Holmes with Doctor Who showrunner Steven Moffat this summer. The cast brags a returning Zoe Wanamaker, Eric Sykes, Julian Rhind-Tutt and Timothy West.

When Ariadne Oliver (Wanamaker) attends a children’s Hallowe’en party in Woodleigh Common, a young girl boasts about seeing a murder years before…

Hawaii Five-0 was on the crest of a wave from 1968 to 1980 and is still fondly recalled by many who were around to see it.

The reason put forward by CBS honchos for re-booting the series this year was that it was time for a tribute. But is the tribute any good?

It went out in the US last month to decent reviews, without anyone pretending it was anything but a slick, action-packed bit of primetime viewing. The pilot cost a reported $8 million and flaunted its helicopter gunships and explosions.

In the UK Bravo was going to show it this month, but my spies reveal the show has now been pushed back to 2011 when it will appear somewhere on ‘the Sky platform’.

Anyway, where Jack Lord was as wooden as a palm tree, Aussie Alex O’Loughlin (known in the US for series such as Moonlight and Three Rivers) is a less stiff and straight-laced McGarrett. In a prologue we discover he is a special forces tough nut who agrees to head Hawaii’s new law-enforcement task force after his father is murdered.

James Caan’s son, Scott, strikes up a buddie relationship with McGarrett as Danno. Their bonding is played for laughs, some of which come off and others sink in the surf. Daniel Dae Kim is Chin, and Grace Park is a sassy, butt-kicking Detective Kona, who is far more fun and lively than the slab-like Kono of the original.

The plot is unreal, and not in a good way, being something about Chinese gangs and people smuggling, all of which results in McGarrett and Danno storming a Chinese ship and killing half the crew, which somehow doesn’t result in World War Three.

The original music is revamped and Hawaii, of course, looks mouthwateringly beautiful, while McGarrett once again wants Danno to book ’em.

It will be interesting to see how the series does. I suspect that after initial warm feelings towards it, interest will subside and it will be abruptly cancelled. 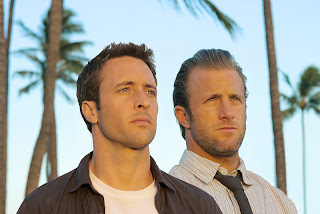