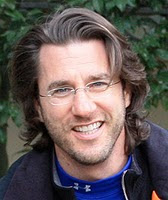 In March this year best-selling author Barry Eisler announced that he had turned down a two-book deal worth $500,000 from St Martin’s Press. He was subsequently interviewed by author Joe Konrath on his blog A Newbie’s Guide to Publishing about his decision to turn down the deal and go the self-publishing route. The same interview can be also found on Barry’s blog The Heart of the Matter as well. He also explained the reasons why he went down the self-publishing route to author Jason Pinter in an online article in The Daily Beast.
Amazon appears have managed to persuade him to change his mind once again and he has according to BizJournal.com (where you can read the complete article) been lured into joining Amazon’s Thomas & Mercer mystery imprint. All this was revealed at the recent Book Expo America (BEA) with Idea Logical’s Mike Shatzkin in New York. Eisler in his discussion explained that his next book would be released initially in e-book format with a print edition to follow and his advance was "comparable" to traditional deals offered to him for his book.
Posted by Ayo Onatade at 11:27