Agatha Awards The Agatha Awards are given for materials first published in the United States by a living author during the calendar year 2010 (1st January – 31st December), either in hardcover, as a paperback original, or e-published by an e-publishing firm. They were presented at Malice Domestic that took place on 30th April 2011.

Best Children's/Young Adult: The Other Side of Dark by Sarah Smith

Congratulations to all the winners and the nominees and especially to Louise Penny who has won her fourth Agatha Award in row.

The 2011 Spinetingler Awards have also been awarded –

Best Anthology: Requiems for the Departed edited by Gerard Brennan and Mike Stone

Best Short Story on the Web nominees: Times Past by Matthew C. Funk from All Due Respect

A full list of the nominees and the winners can be found here. 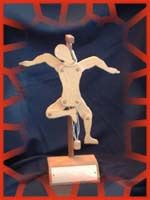 The nominees for the 2011 Arthur Ellis Awards have been announced by the Crime Writers of Canada, recognizing excellence in Canadian crime writing. The winners will be announced at an award banquet on June 2nd, 2011 at the Grand Pacific Hotel in Victoria, BC.

I Have Perdo by John Chesterman
Who Killed Dave? By Linda Cockburn
The Pericles Commission by Gary Corby
Mosquito Creek by Robert Engwerds
Beyond Fear by Jaye Ford
Beautiful Malice by Rebecca James
The Old School by PM Newton
Five Parts Dead by Tim Pegler
Line of Sight by David Whish-Wilson

If you are like me and are looking forward to the final Harry Potter film that is due out in July, then you will be pleased to know that the trailer for Harry Potter and the Deathly Hallows Part 2 has been released and can be seen below.

Publishers Weekly state that Robert B Parker’s Jesse Stone and Spenser series are to be continued. According to deal cut by Robert B. Parker's estate, Penguin's Putnam imprint will continue to publish two of the author's most popular series -- Spenser and Jesse Stone -- under the authorship of writers Michael Brandman and Ace Atkins. The Spenser series debuted in 1974 and is made up of 39 novels; the Jesse Stone series began in 1997 and is comprised of nine novels.   Brandman produced (and wrote the screenplays) for the TV movies based on Parker's small-town Massachusetts detective, Jesse Stone, that appeared on CBS and starred Tom Selleck in the title role. The first Jesse Stone novel Brandman will release is Robert B. Parker’s Killing the Blues, which is scheduled for September 13, 2011. Atkins, a tested crime author at Putnam with books like White Shadow and Infamous to his credit, will release the first new Parker-branded Spenser novel in Spring 2012. Parker's longtime editor, Chris Pepe, will be overseeing both projects. Robert B Parker died in January 2010.

Macmillian have launched a new crime and mystery website called CriminalElement.com It is a site for fans of crime and mystery fiction and one that will no doubt become well-known and used as it is publisher neutral.

Excellent article on the BBC Entertainment website on breathing new life into new assassins with Don Winslow who has recently written a new story featuring super-assassin named Nicholai Hel, the hero of 1979 best-seller Shibumi. Satori is out now!

Interesting article on the BBC Website about Danny Cohen who wants to cull male crime dramas. The full article in the Guardian which the initiated the BBC article can be found here along with responses from the general public about the decision to axe Zen.

With the axing of Zen by the BBC, Jess McCabe of the Guardian has an article on whom she considers to be the top 10 female detectives.

Deadline.com report that John Travolta and Uma Thurman have joined the cast of Savages, the drama based on Don Winslow’s best-selling novel that Oliver Stone is due to direct. Already cast are Salma Hayeck and Benicio Del Toro.

Publishers Weekly report that Gretchen Young at Hyperion closed on a two-book deal with Jeanine Pirro. David Vigliano sold world rights to two mysteries that will feature a young district attorney named Dani Fox in New York City. The first book is scheduled for winter 2012 and the second book for winter 2013. Pirro, the former DA for Westchester County and a one-time Republican nominee for New York attorney general, is now the star of the courtroom television show Judge Jeanine Pirro.

According to The Bookseller publishers Headline have acquired a debut literary suspense novel from Australian author Poppy Gee. Set in a small Tasmanian coastal community, the society turns in on itself when the body of a young girl is washed up on the beach. The novel entitled Bay of Fires will be published in 2013.

The Scotsman have an excellent interview with Denise Mina who discusses her new novel The End of the Wasp Season that is due to be published by Orion on 12 May 2011.

Publishers Hodder have linked up with Bentley Motors to create an exclusive edition of the new James Bond novel Carte Blanche by Jeffrey Deaver.

According to c21media.net Entertainment One Television and Sony Pictures have agreed a 22-part adaptation of John Grisham’s best-selling novel The Firm. The two-hour pilot script for the TV series is set 10 years after the 1993 feature film starring Tom Cruise. The series will reintroduce the young lawyer after several years in the Federal Witness Protection Program.

Part 1 of an excellent interview with Declan Burke can be found over at the blog - May Contain Nuts. Declan himself has an excellent blog Crime Always Pays which always needs to be read. He is also the editor of DOWN THESE GREEN STREETS: IRISH CRIME WRITING IN THE 21st CENTURY (Liberties Press).

Excellent article on the Good Men Project Blog from Dennis Lehane who talks about good and evil in literature.

Interesting article in the Independent about Gavin Knight’s Hood Rat that is due to be published in July from Macmillan. Hood Rat has been likened to David Simon’s non-fiction book Homicide: Life on the Streets which lifted the lid on the Baltimore Police homicide squad and Roberto Saviano's bestseller Gomorrah which cast light into the murky Neapolitan underworld.

Congratulations again go to Chris Ewan who has signed television development deal on the Good Thief's Guide novels with eOne Entertainment. The full press release can be found here.

According to IMDB Javier Bardem has officially signed on to star as Roland Deschain in Ron Howard and Brian Grazer’s adaptation of Stephen King’s The Dark Tower.

Author Jason Goodwin whose fourth book featuring Yashmin the eunch detective An Evil Eye which is due to be released in the UK in July is currently touring Southern USA to promote the book. He is also writing an exclusive online column in the Telegraph about his trip. His first column can be found here, whilst the second column is here along with the third one so far. As Jason Goodwin also explains crime fiction is the best guide book.

If you are like me and enjoy reading pulp novels or listening to them on audio, then you will be interested in the fact that Radio Archives have announced a new series of audiobooks, based on favourite pulp novels of the 1930s and 1940s.

According to Variety Mark Wahlberg and Stephen Levinson have come on board to produce the Paramount crime drama "When Corruption Was King." The script is based on the Robert Cooley novel about a Southside Chicago lawyer who becomes the mob's most trusted attorney until, as a state witness, he brings the organization down.