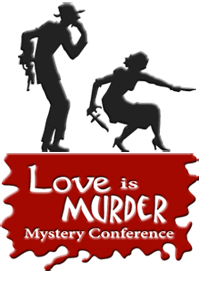 Love is Murder conference recently took place between 7th and 9th February 2014 in Chicago.  The Lovey Awards were given out over the weekend and they are as follows –

The Fate of Mercy Alban, by Wendy Webb (Hyperion)

Best Short Story:
“Once Upon a Time in the Woods” by Raymond Benson (from Kwik Krimes, edited by Otto Penzler; Thomas & Mercer)
“Harry’s Loss of Grace” by Luisa Buehler
“War Secrets” by Libby Fischer Hellmann (from Mystery Writers of America Presents The Mystery Box, edited by Brad Meltzer; Grand Central)
“A Letter to My Ex” by J. Michael Major (in Splatterlands: Reawakening the Splatterpunk Revolution, edited by Anthony Rivera and Sharon Lawson; Grey Matter Press)