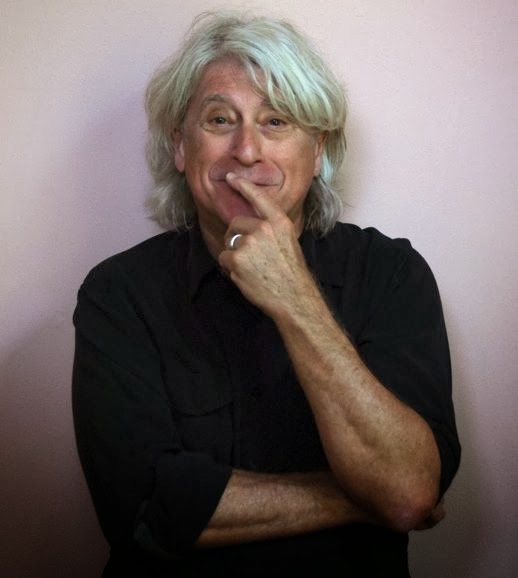 John Dufresne is an American author of French Canadian descent. In 1998, he collaborated with Carl Hiaasen, Dave Barry, Elmore Leonard and nine other South Florida writers on Naked Came the Manatee, a detective novel.  His most recent novel is No Regrets, Coyote.  He kindly agreed to reveal his 10 favourite Florida Noir novels.

I want to share my favourite Florida crime novels, but where to begin?  The list of powerful writers is formidable and extensive.  I’ve left off many of the best: Elmore Leonard, Tim Dorsey, Les Standiford, James Grippando, James O. Born, Edna Buchanan, Paul Levine, Barbara Parker, Laurence Shames, Randy Wayne White, Lawrence Sanders, and Ace Atkins, to name a few, all of whom you should read if you love your noir with a tropical touch.  I’ve settled on these ten, which are both representative and diverse.  Hope you enjoy them.  Hope they keep you up at night.

All or Nothing by Preston Allen
This is one of those books that will haunt your dreams and your days.  Allen has done for gambling what William S. Burroughs did for narcotic addiction.  He’s gotten in to the heart of the darkness and shown us what it feels like to be trapped, to be haunted, and to live without choice.  Allen is relentless and unsparing in his depiction of the life of a gambling addict, from the magical thinking to the visceral thrill of risking it all.  A gambler lives on hope, and a gambler will kill to keep that hope alive.  Wouldn’t you?  Preston L. Allen is so good a writer it’s scary.

Naked Came the Manatee by Dave Barry, Carl Hiaasen, et al.
A novel first serialised in the Miami Herald, that I was fortunate to be a part of.  My first foray into crime.  A comic sendup of the whole Florida Crime genre, by fifteen South Florida crime writers, with plenty of murder, Fidel Castro and his imposters, movie stars, right-wing Cuban freedom fighters, environmentalists, TV anchors.  A rollercoaster thrill ride.
Ninety-Two in the Shade by Thomas McGuane

Thomas Skelton escapes a reckless life of drugs and peril and returns home to Key West to his extravagantly eccentric family and a life as a fishing guide.  Part farce and part tragedy, Ninety-two in the Shade details life in the steamy netherworld of Conch Republic in all its flamboyant and louche glory.  The story is both grim and hilarious and illustrates what one memorable character says about murder: “You should never shoot someone if it isn’t funny.”

The Big Goodbye by Michael Lister
Michael Lister has the world of Florida Panhandle noir all to himself.  It’s 1941 and Panama City, Florida, PI Jimmy “Soldier” Riley, a one-armed ex-cop, has to stop the murders and solve a case involving an ex-sweetheart with something to hide.  This is a tough, violent, and hard-boiled novel, which will remind you of Raymond Chandler and Graham Greene.  This novel of obsession and suspense will remind you why you started reading crime novels in the first place.

Miami Purity by Vicki Hendricks
Sherri Parlay, exotic dancer, gets her shot at redemption when she

takes a job at a dry cleaning establishment called Miami-Purity.  But she’s been down so

long; she’ll never get up.  This intense and relentless novel will remind you of the hard-boiled stories of James M. Cain; only it’s Cain on speed.  Sherri’s one tough lady.  She’s maybe a little bit perverted; she’s a lot obsessed, and she thinks she can get away with murder.

Of South Florida crime writers it might be said, “We all came out from under Willeford’s trench coat.”  Charles Willeford is the godfather of Miami Noir, and Miami Blues is his finest achievement.  Detective Sergeant Hoke Mosely is up against a terrifying sociopath.  He’s already had his jaw wired shut and lost his teeth.  The writing is terse and compelling, and the plot propulsive.  It’s tough, it’s funny, and it’s frightening.
Nature Girl by Carl Hiaasen

If you like your crime with a dollop of quirky humour, then Carl Hiaasen is the writer for you, and Nature Girl is representative of his best work.  Zany characters, some of them crazier than outhouse rats, outrageous plot twists, and all the seediness and grotesque tropical allure that Florida in general, and in this case, Dismal Key in particular, are known for.  Reformed drug runner: check.  Seminole alligator wrestler: check.  Volunteer hostage: check.  Bipolar queen of lost causes: check.  Hop on the airboat and strap yourself in.  This is going to be one crazy ride.

Under Cover of Daylight by James W. Hall
This was the first Florida crime novel I ever read, back before I moved here from Georgia, and it opened a whole new world of fiction to me.  I’m still grateful.  I knew about Hall as a celebrated poet with four collections of poetry published by Norton.  The novel introduces Hall’s serial hero Thorn, a man living with a dark secret.  This is a story of revenge and relentless pursuit set in the Florida Keys, and its complicated plot and luminous prose set Under Cover well above most other crime novels.

The Dreadful Lemon Sky by John D. MacDonald
The novels of John D. McDonald are among the finest in American literature, suspense, or mainstream, and The Dreadful Lemon Sky ranks as one of his best.  McDonald’s introspective hero, Travis McGee, docked his houseboat Busted Flush at Slip F-18, Bahia Mar marina in Fort Lauderdale, just up the road from my house.  Jim Thompson said the only real plot is that nothing is, as it seems.  He may have been talking about The Dreadful Lemon Sky.

Live by Night by Dennis Lehane
Readers naturally associate Lehane with Boston, but he also lived here in Florida in St. Pete and Miami, and in Live by Night he documents the rise of a Boston Irish criminal to underworld power in Tampa’s Ybor City.  No one does epic better than Dennis Lehane.  No one writes about the violent world of crime with such power, intensity, and propulsion.  You can hardly catch your breath. 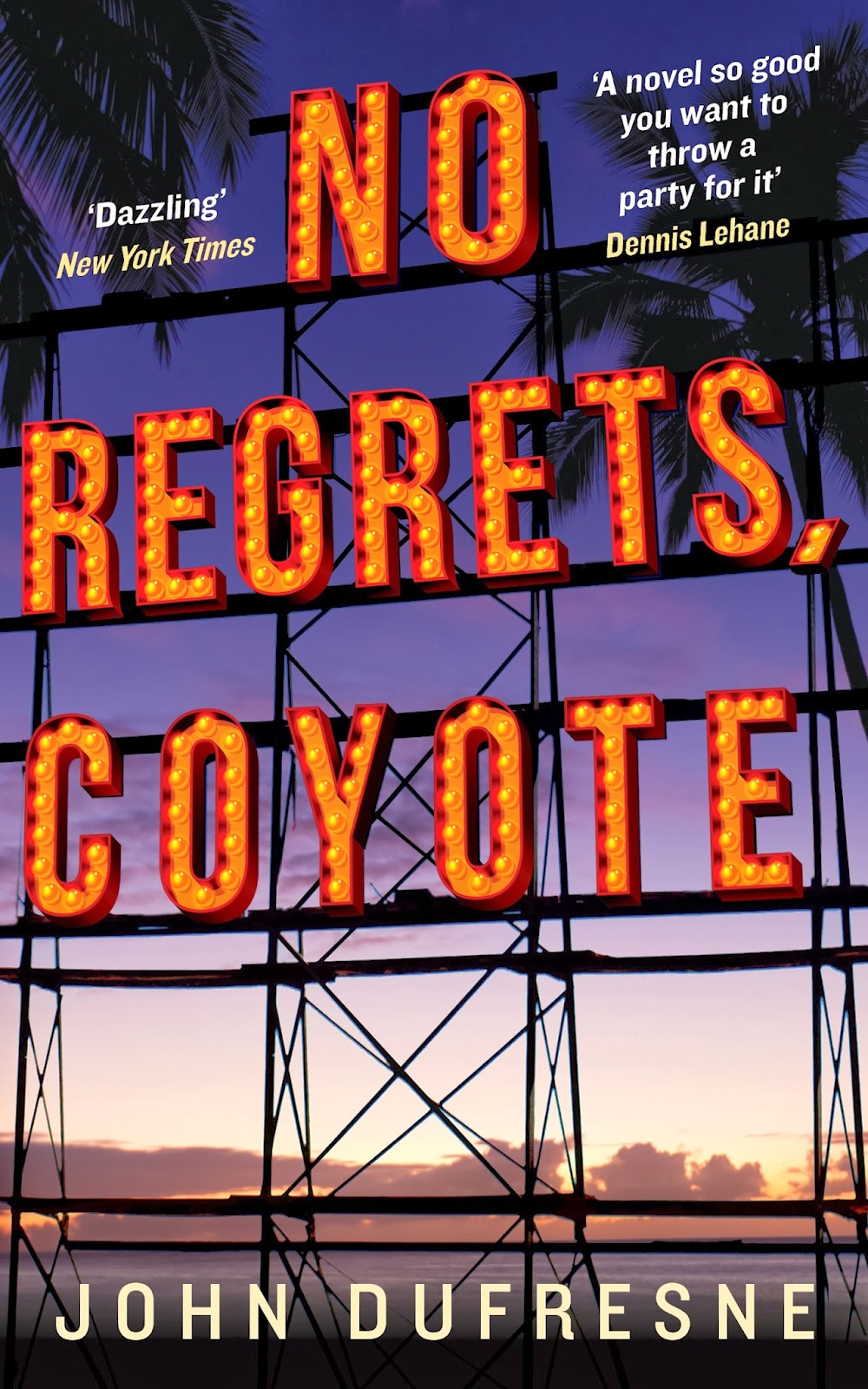 On Christmas Eve in Eden, Florida, Wylie “Coyote” Melville, therapist and forensic consultant, is summoned to a horrific crime scene.  Five members of the Halliday family have been brutally killed.  Wylie’s rare talent is an ability to read a crime scene, consider the evidence seen and unseen, and determine what’s likely to have happened.  The police are soon convinced that the deaths were a murder-suicide carried out by a broken and desperate Chafin Halliday, but Wylie’s not so sure.  As Wylie begins his own investigation with the help of his friend Bay Lettique—a poker-playing sleight-of-hand artist with links to the Everglades County underworld—he discovers a web of corruption involving the police union, Ponzi-scheming lawyers, county politicians, and the Russian mob. What follows is a heart-stopping, edgy novel that introduces a completely original crime solver.

More information about John Dufresne can be found on his website and he can also be found on Facebook.
Posted by Ayo Onatade at 03:20

A very original author that came to crime fiction after having considerable success in the literary genre - "Louisiana Power and Light" - and the recognition associated with being a Guggenheim Fellow. This book ("Coyote") is fascinating: a social worker detective. And the way I heard the story, it may be a bit autobiographical. His other books - "Flash" - make a significant contribution to a newish genre that flourishes in a brave new world where people are glued to iPhones and the attention span get's shorter and shorter. Gone in a flash!