Rupture - Q& A with Ragnar Jónasson 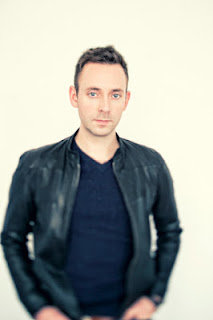 As part of his Rupture tour author Ragnar Jónasson answers questions about his new book.

RJ:   Rupture is set in Hedinsfjordur, a fjord next to Siglufjordur. Before the opening of a new tunnel to Hedinsfjordur in 2010 (discussed in Blackout, where the victim was working on the tunnel), the fjord was inaccessible. The last people to live there moved away in 1951 in real life, but in my book I create an fictional family who lived there a bit later.

Q:        Rupture has so many different strands – a virus that makes Siglufjordur inaccessible (great locked-room mystery), a cold case, a poisoning, a missing child, and more … how do you plot? Is it hard to keep it straight in your head?

RJ:      The ideas for the plot threads came from various places and at various points in time, and initially I didn’t know they would end up on this particular book, but then little by little it fits into place and you begin writing.

Q:       You deal with some incredibly topical issues across this series, but never in a way that intrudes upon the page-turning reads. Do you believe that crime fiction is a good vehicle for highlighting societal wrongs?

RJ:      I think a good crime novel needs to be focused on the characters and the plot, and the element of surprise, but it is very difficult to write a modern day crime novel, in a believable manner, unless discussing the reasons behind the crimes, and there the social issues enter.

Q:        Readers and reviewers are fascinated by the atmosphere that you create in the Dark Iceland series. Is that hard to do? Or something you’ve changed for international markets?

RJ:      The books were all written for an Icelandic market and although they are now being published abroad, I continue to write Icelandic crime for Icelandic readers, and for us, the landscape and weather is a big part of life. 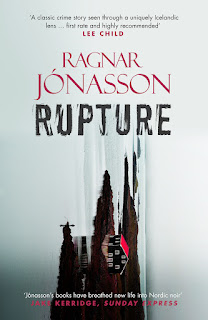 Q:        You’ve got a bit of an Ari Thor fan club growing. Do you see yourself as Ari Thor, or is he just a product of your imagination?

RJ:   He is mainly a product of my imagination, but we do have quite a few things in common of course; a memory here and there or something he would say and do – but only the good things of course! Also, in Snowblind he wanted to learn to play the piano, and since then I‘ve also started learning.

Q:    You’ve moved onto a second series now, but will you return to Dark Iceland, given the excitement you’ve generated?

RJ:     That’s a good question, I don’t know the answer yet. I have two books in the new series already in Iceland, so at the moment no new book about Ari has been written, but hopefully I will return to him.

RJ:      I think my role there would be mostly an advisory one, as the books are in very good hands with the team from On the Corner. They have a very clear vision for the series, which I share with them.

Q:        Did you ever expect to top the kindle list with your first book, and have every single one of the following books become bestsellers?

RJ:      I had absolutely no expectations of that, and the reception of the series in the UK and elsewhere recently, for example in France, has been beyond belief.

RJ:      I tend to write fairly late, but I try to write every day. I have a rather demanding day job, so it can be difficult to time to write except late in the evenings.

Q:        Agatha Christie is a clear inspiration, but who else has influenced your writing?

RJ:     So many authors, almost every author you read provides an inspiration. I can mention a few amazing authors such as P.D. James, Peter May, Andrew Taylor, Peter Temple, and various Nordic authors of course.

Q:        Tell us about winter in Iceland … the dark hours. Do people sleep more, and less, perhaps, in the summer months?

RJ:      Yes, absolutely, we tend to sleep more, it’s dark when you go to work and dark when you come home, and easier to sleep in, but in the summer time it’s so bright that people tend to stay up well into the night, and just say “I’ll sleep next winter”.

Q:        Apparently 10 percent of the population in Iceland aspires to be a writer, and you sell a huge number of books in the ‘Christmas Book Flood’. How hard is it to get an Icelandic publisher, and how hard is it to achieve international success?

RJ:      The process of getting an Icelandic publisher is rather different from a UK one, as we don’t tend to use agents in Iceland. I’ve never had an agent for the Icelandic market, and most authors don’t, but all publishers stick to the same standard agreements negotiated by the Writers’ Assocation. But abroad it is of course almost impossible to be published without an agent, but actually some of the Icelandic publishers do act as agents abroad for their authors.

Q:        What other Icelandic authors do you recommend we read?

RJ:      At the moment I am reading a new book by one of my favorite Icelandic authors, Audur Ava Olafsdottir. If you haven’t read anything of hers, I would suggest starting with her most famous book, The Greenhouse. Also, I recommend people try reading our Icelandic Nobel laureate, Halldor Laxness. In terms of crime, one of my favorite books is Yrsa Sigurdardottir’s, I Remember You, which is now being made into a major film, to be released in the UK among other places. 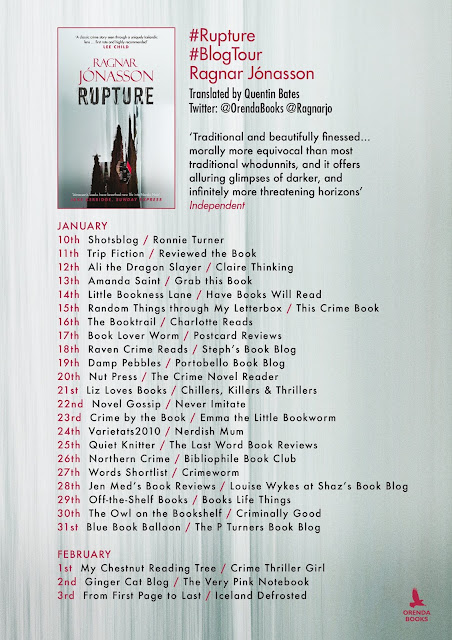 More information about Ragnar Jónasson and his writing can be found on his website. You can also follow him on Twitter @ragnarjo
Posted by Ayo Onatade at 00:00