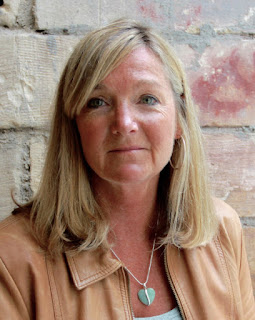 When I first started writing, I was advised to “write what you know.”  I remember being a bit baffled at the time, thinking, what do they mean?  What do I know?  I wasn’t a lawyer like John Grisham, able to write spectacular legal thrillers.  I wasn’t a crime reporter like John Connelly or a forensic scientist like Kathy Reichs.

My career covered roles such as sales rep, telesales and, more excitingly, working in the complaints department of KFC.  Hmmm, I thought.  How can I translate life into something people would want to read?

I wanted to set my first book Blood Junction in Australia but even though I’d lived there for ten years, I didn’t dare make my protagonist Australian.  The Aussies can smell BS a mile away, so I made my character India Kane English, just like me.  She looks at Australia askance, just like me.  She hates their xenophobia, their misogyny, but loves their generous spirit and laid-back attitude to life – just like me.

That said, India isn’t like me AT ALL.  She’s smarter, brighter and far braver than I am. With nine thrillers under my belt, I can now see how my personal experiences inform my writing, because they make up who I am, and they determine what I write.  Specifically, with regard to the Dan Forrester series, I drew on my own experience as a long-distance rally driver to give Dan a job teaching high-performance driving.

As writer’s we have to dig deep to produce a work that pulls at a reader’s emotions. We have to put ourselves into our character’s shoes and really feel what they’re feeling, from their point of view.  I quite literally picture myself as Dan Forrester, for example, when he’s sitting in his car and looking at the rain dribbling down his windows, and my stomach drops as his does when he hears his wife has been kidnapped. 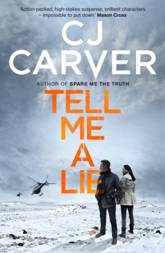 I call on a multitude of life experiences in my writing, from my childhood on a dairy farm to sibling rivalry with my brother.  Everything goes into my author’s pot.  Including the time when I was sent away to boarding school at eight years old.  I was badly bullied and ended up running away.  It was a pretty horrible experience but as a writer, I can call upon a myriad of aspects of that period and put them into my novels – where the bullies always get their just desserts!

Inspiration for me invariably comes from real life.  Like one Tuesday morning, just after dawn, when I heard two men climb through the window of my basement flat and start stripping the place.  My phone was in another room so I couldn’t call for help.  I tiptoed back to my bedroom, pulled my duvet over my head – sweating, heart hammering – and pretended to be asleep until they left.

This horrifying experience made me explore the nature of fear and my response to it, and became the basis for The Honest Assassin, where Jay McCaulay is terrified for her life when she is hunted by a professional assassin.  Where I sweated buckets listening to those two men tearing up my flat, Jay sweats even more.

All my novels contain personal, real-life incidents and emotions.  Which is probably why I’m usually wrung out at the end of a writing day!

Tell Me a Lie by C J Carver

A family in England is massacred, the father left holding the shotgun.  PC Lucy Davies is convinced he's innocent.  A sleeper agent in Moscow requests an urgent meeting with Dan Forrester, referencing their shared past. His amnesia means he has no idea who he can trust. An aging oligarch in Siberia gathers his henchmen to discuss an English accountant.  It's Dan's wife.