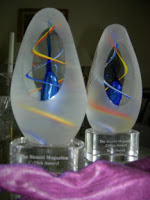 The Strand Magazine have announced its nominees for the 2018 Strand Critics Awards.

Winners will be awarded on July 11 during “an invitation-only cocktail party in New York City, hosted by The Strand Magazine.”

Lifetime Achievement Awards:
Jonathan Gash (aka John Grant), British creator of the antiques-focused Lovejoy mysteries;
and
J.A. Jance, best known for her J.P. Beaumont series and her Joanna Brady series. Both of those authors will receive their commendations during that same July 11 fête.

Tom Doherty, publisher of Tor/Forge books, will be given The Strand’s Publisher of the Year Award.