Eligible books must have been first published in the UK between 1 August 2017 and 31 July 2018 and written by a writer who is born in Scotland or domiciled in Scotland or set in Scotland. Books previously published in other countries will not be eligible. Novels, collections of short stories and non-fiction crime titles are eligible for submission.

Entries (PDFs of the book sent by email to Director, Bob McDevitt bob@bloodyscotland.com with McIlvanney Prize Entry 2018 plus the book title in the header) should be submitted by 5pm on Friday 27 April 2018.

The longlist is expected to comprise up to 12 books which will be announced after the organisers meeting in June 2018 at which point finished copies will be sent to each of the three judges.

This year the judges are confirmed as Susan Calman, comedian and self-confessed crime fiction fan, just back from her success in Strictly Come Dancing who first appeared on the judging panel last year; Alison Flood, the Guardian’s books reporter and former news editor of The Bookseller and Craig Sisterson, a journalist and book reviewer from New Zealand ‘with a particular penchant for a well-told crime tale’ who has been promoted to Chair.

It is particularly apt that a Kiwi is chairing the panel as the winner of last year’s McIlvanney Prize, Denise Mina, has been invited to Christchurch Book Festival and as part of the same initiative New Zealand crime writers are being invited back to Bloody Scotland in 2018, including Fiona Sussman, the winner of the 2017 Ngaio Marsh Prize.
More info www.bloodyscotland.com 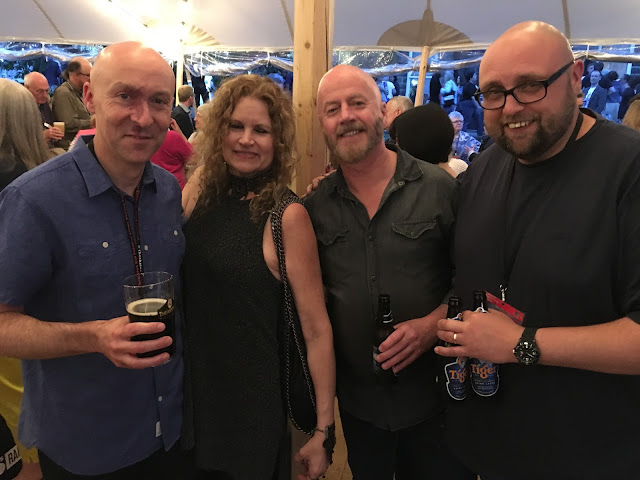