Once upon a time, a very long time ago, I had a brief stint as a stand up comedian.  I’d always loved comedy but never considered it was something that you could just get up and do, until I started a new job and met a colleague who had a regular gig at a local club. 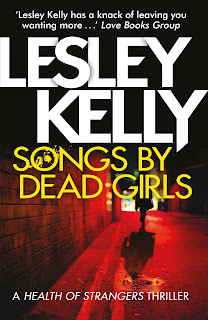 An advert for a Comedy Workshop at the Leith Festival finally persuaded me to take the plunge, and I spent a couple of years trying, and sometimes succeeding, to make people laugh.

When I started my first novel, A Fine House in Trinity, I was very keen to take the humour with me.  In fact, as a novice writer that was just about all that I took with me, and my first draft was a loosely connected series of jokes and set pieces.  Naturally, the jokes were hilarious and the set pieces benefitted from the trained observational eye of a comedian (IMHO).  But plot?  Non-existent.  Characterisation? Wafer thin.

In stand up I didn’t have time to develop an idea at length.  Lots of comedians do this really well; both Stewart Lee and Eddie Izzard excel in developing the simplest of issues in hilarious depth.  But they are at the top of their games, with their own shows.  They get an hour.  I was bottom of the bill and got ten minutes.

Ten minutes.  Ten minutes to get the audience on side, tell my jokes, and in the case of Glasgow get off the stage and into my car before anyone twigged that I was from Edinburgh (old rivalries die hard.)  Time wasn’t on my side, and while reaching for the occasional stereotype or cliché will get you through a comedy gig, it won’t cut the mustard in a novel.

With my second draft I had to put my ‘stand up’ head aside, and think like a writer.  The finished book had both humour and some resembling a plot, and it must have been OK, as it was long-listed for the William McIlvanney Award in 2016 (she noted modestly.)

When I moved on to writing my Virus series, I had the luxury of developing character quirks across more than one novel.   In The Health of Strangers, we meet the Health Enforcement Team members, who are fighting crime against the background of a deadly virus.  We have the Team Leader, Paterson (scary, old school cop), Mona (bossy), Bernard (confused, mainly), Carole (motherly), and Maitland (fancies himself as a ladies man).

Now, with the second book in the series, Songs by Dead Girls, I find myself with an opportunity to develop the humour that comes from knowing the characters really well.  And I’ve noticed that, however dark the situation gets, the HET team have got a quip for it.   And they are always pithy, relevant, and cutting.  It’s almost like someone is putting them in their mouths.  Some frustrated comedian, perhaps?

I don’t do stand up any more.  A job, two kids, and the desire to write novels all got in the way.  I miss it, though.  I miss the immediate feedback that you get from a crowd.  It’s the worst feeling in the world when a joke falls flat, but better that than spending two years on a novel only to find out no-one likes it.

Just remember, though, that you are set in Edinburgh.  If you play Glasgow, keep the motor running.

Lesley Kelly’s third novel, Songs By Dead Girls, is published by Sandstone Press in April.  Her Health of Strangers series is set in a virus- ravaged Edinburgh of the near future.

Songs by Dead Girls by Lesley Kelly (Published by Sandstone Press)
Nobody likes the North Edinburgh Health Enforcement Team, least of all the people who work for it.  An uneasy mix of seconded Police and health service staff, Mona, Bernard and their colleagues stem the spread of the Virus, a mutant strain of influenza, by tracking down people who have missed their monthly health check.

When Scotland’s leading virologist goes missing, Mona and Paterson from the Health Enforcement Team are dispatched to London to find him. In a hot and unwelcoming city, Mona has to deal with a boss who isn’t speaking to her, placate the professor’s over-bearing assistant, and outwit the people who will stop at nothing to make sure the academic stays lost.

Meanwhile, back in Edinburgh, Bernard is searching for a missing prostitute, while Maitland is trying to keep the chair of the Parliamentary Virus Committee from finding out quite how untidy the HET office is.