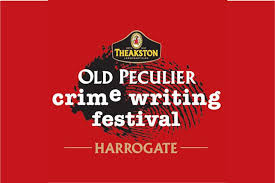 Big hitters including Lee Child, Ian Rankin and Val McDermid, feature on the longlist for the most prestigious crime writing prize in the country.

The prize was created to celebrate the very best in crime fiction and is open to UK and Irish crime authors whose novels were published in paperback from 1 May 2017 to 30 April 2018.

The award is run in partnership with T&R Theakston Ltd, WHSmith, and The Mail on Sunday. The longlist of 18 titles were selected by an academy of crime writing authors, agents, editors, reviewers and members of the Theakston Old Peculier Crime Writing Festival Programming Committee.

Executive director of T&R Theakston, Simon Theakston, said: “2018’s longlist shows how strong and dynamic the genre is as it features so many debut novels, alongside established names. It shows how crime fiction not only dominates publishing but shapes our cultural landscape.”

The longlist in full:
Want You Gone by Chris Brookmyre
The Midnight Line by Lee Child
The Seagull by Ann Cleeves
Little Deaths by Emma Flint
The Chalk Pit by Elly Griffiths
The Dry by Jane Harper
Spook Street by Mick Herron
A Death at Fountains Abbey by Antonia Hodgson
He Said/She Said by Erin Kelly
Sirens by Joseph Knox
The Accident on the A35 by Graeme Macrae Burnet
You Don't Know Me by Imran Mahmood
Insidious Intent by Val McDermid
The Long Drop by Denise Mina
A Rising Man by Abir Mukherjee
Rather Be the Devil by Ian Rankin
The Intrusions by Stav Sherez
Persons Unknown by Susie Steiner

The longlist will be promoted in a dedicated online campaign with WHSmith and a nationwide library promotion.

The shortlist of six titles will be announced on 27 May, followed by a six-week promotion in libraries and in WHSmith stores nationwide. The overall winner will be decided by the panel of Judges, alongside a public vote. The public vote opens on 1 July and closes 14 July at www.theakstons.co.uk.

The winner will be announced at an award ceremony hosted by broadcaster Mark Lawson on 19 July on the opening night of the 16th Theakston Old Peculier Crime Writing Festival in Harrogate. They’ll receive a £3,000 cash prize, as well as a handmade, engraved beer barrel provided by Theakston Old Peculier.

The awards night will also feature the Outstanding Contribution to Crime Fiction Award, with past recipients over the years including PD James, Ruth Rendell, Reginald Hill and Colin Dexter.