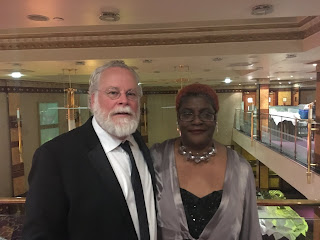 On Thursday 25th October at the Grange City Hotel the CWA announced the winners of the 2018 CWA Daggers, honoured Michael Connelly as this years Diamond Dagger recipient and also honoured David Stuart David, Mike Stotter, Ali Karim and I with Red Herring Awards for generously giving our time and expertise benefiting the CWA and the wider crime community.

The short list of the nominees is listed below with the winner in bold.

Congratulations to all the nominated authors and winners. 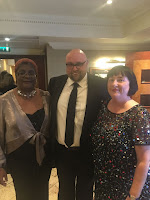 The night was full of surprises and all the winners were worthy.  Huge congratulations to Michael Connelly for being honoured with the Diamond Dagger.   Attica Lock who won the Ian Fleming Dagger for Bluebird, Bluebird (which was also one of my favourite reads of the year when it was published) won the Edgar earlier on in the year for the same book.  It is not often that this happens.  In the case of Henning Mankell wining the international Dagger I am not sure whether or not this is the first time it has been awarded posthumously I strongly suspect so. 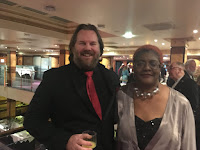 It was incredibly nice to catch up with so many people especially Craig Sisterton the convenor of the Ngaio Marsh Awards along with the lovely Stella Duffy whose novel was not only shortlisted for the Historical Dagger but also the Ngaio Marsh Award as well.  Of course my fellow judges of the Short Story Dagger, Sophie Goodfellow and Gaynor Coules. Steve Cavanagh and to finally get to meet his lovely wife Tracey after being online friends. Ruth Dudley-Edwards, Martin Edwards and of course the incomparable Barry Forshaw to name a few.

A shout-out was also given to Capital Crime the new crime festival that is due to take place in London. Information about the festival can be found on the website. (http://www.capitalcrime.org) . 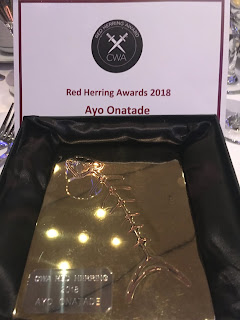 A big thanks to everyone who organised the award ceremony.