What It's Like To Watch A Real Life Courtroom Drama! 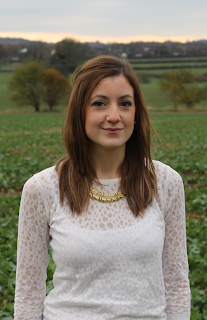 It took me a year to watch the trial I needed to watch in order to write my third novel, No Further Questions. In my book, one sister stands accused. She was looking after her niece who died in her care. The prosecution allege murder. The defence say she’s innocent.

All court cases are public, but they’re not listed in advance anywhere, and the subject matter is not published until afterwards. Twice I attended court with my father hoping to find a trial of this nature occurring by chance but never did. My dad always tries to attend with me - I find it so helpful to have company during research, and somebody observant to dissect it with on the way home. He’s very astute. Where I notice details - that a Judge keeps scratching under his wig in the summer heat - my father notices people. How close - or not - the defendant’s parents sit to each other in the public gallery. That the accused won’t look at the jury. 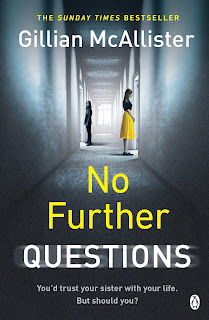 I emailed everybody I could think of during the winter of 2016/2017: doctors, expert witnesses, barristers, police. Eventually, a contact tipped me off about a murder trial in Nottingham. I took the day off work, got up at 6:00am, paid £20 to park in the city centre, arrived at court, and the defendant pleaded guilty ten minutes before the trial began. I worked in a cafe in Nottingham for the day so it didn’t feel wasted.

By June 2017, I had written most of the novel. My deadline was approaching and I was worried that, by the time I eventually saw a trial, I might have to re-write it to iron out factual inaccuracies. I’m a lawyer, but I don’t attend court, and to be honest I was making most of the cross-examination up.

At the end of June, a very kind doctor who had been helping me with the medical aspects of No Further Questions sent me an email: murder trial in Lincoln, he wrote, next week. It was listed for over a week, but the medical evidence was happening on the Thursday and Friday. I called my dad and asked him to come with me. I booked us an Air BnB in Lincoln City Centre.

We arrived at Lincoln Crown Court early on the first day. It is located in the grounds of Lincoln Castle and is wide and ivy-covered, like a stately home. Inside is dark-wood panelling and red carpeted stairs. There’s a scanner like at an airport in the entrance.

The trial started at ten o’clock and the Judge summed up the previous day to the jury which was very helpful. A father was accused of murdering his three-month-old baby girl. When I asked my dad, later, what the most fascinating part of that day was he said, ‘the proximity.’ We were in the public gallery. Next to us was the baby’s mother, now estranged from the father. The jury were less than ten feet from us. Five men, seven women.

Halfway through the questioning of the paediatric neurosurgeon about the baby’s injuries, an usher poked her head around the door and held a sign up to the court clerk, which said: there are wotsits back in the vending machine! It was - as always - the incidental things which made the trip worthwhile. Not the court questioning - which of course I had to tweak in my novel afterwards - but the other things; the stuff of human experience. The way the barristers’ robes didn’t sit comfortably on their shoulders and they kept shrugging to shift them. The look the defendant and his ex-wife exchanged as a medical expert confirmed the baby could only have died because of a deliberate act. The jury’s faces as they opened their lever arch files to look at the crime scene photographs. And the other things, of course. Being on holiday with my dad again. Getting locked out of our Air Bnb and laughing on the top of the hill in Lincoln City Centre as we called the emergency contact number. Going out late at night for chocolate and beer. My dad telling me how it felt to be a parent; to hold a child. That went into No Further Questions too.