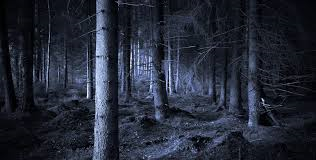 
The Captivating Criminality Network is delighted to announce its sixth conference, which will be held in Italy. Building upon and developing ideas and themes from the previous five successful conferences.


Metamorphoses of Crime: Facts and Fictions will examine the ways in which Crime Fiction as a genre incorporates elements of real-life cases and, in turn, influences society by conveying thought-provoking ideas of deviance, criminal activity, investigation and punishment.


Since its inception, the genre has drawn inspiration from sensational crime reports. In early nineteenth-century Britain, for example, Newgate novels largely drew on the biographies of famous bandits, while penny dreadfuls popularized the exploits of criminals and detectives to appeal the taste for horror and transgression of their target audience. In similar ways, notorious cases widely reported in the mid-Victorian press, such as the Road Murder (1860) or the Madeleine Smith trial (1857), exerted a significant influence on the imagination of mid- to late-Victorian novelists, including early practitioners of the sensation genre who laid the premises for the creation of detective fiction. In other cases, criminal actions were triggered by literary texts or turned into appealing fictions by journalists. Suffice it to consider the sensation created by Jack the Ripper’s murders in late-Victorian Britain or the twentieth-century recent cases of murders committed by imitators of criminals and serial killers featured in novels like A ClockWork Orange (1962), The Collector (1963), Rage (1977), and American Psycho (1991). In more recent times, the interaction between reality and other media (TV series, films, computer games, websites, chats, etc.) has raised the question of how crime continues to glamorize perturbing, blood-chilling stories of law-breaking and law-enforcement.


In addition to exploring these complex relations between facts and fictions, the conference will focus on the metamorphoses of crime across media, as well as cultural and critical boundaries. Speakers are invited to explore the crossing of forms and themes, and to ascertain the extent to which canonized definitions suit the extreme volatility of a genre that challenges categorization. From an ideological viewpoint, moreover, crime fiction has proved to be highly metamorphic, as it has been variously used to challenge, reinforce or simply interrogate ideas of ‘law and order’.


The enduring appeal of the genre is also due to its openness to historical and cultural movements – such as feminism, gender studies, queer politics, postmodernism – as well as to concepts drawn from specific fields of knowledge, such as sociology and psychology. Similarly relevant to the ‘metamorphoses of crime’ are cultural exchanges among remote areas of the world, which add new perspectives to the genre’s representation of customs and ethnical issues.


Scholars, practitioners and fans of crime writing are invited to participate in this conference that will address these key elements of crime fiction and real crime, from the early modern to the present day.


Topics may include, but are not restricted to:


•    The Ideology of Law and Order: Tradition and Innovation


•    Women and Crime: Victims and Perpetrators


The abstract should include your name, email address, and affiliation, as well as the title of your paper. Please feel free to submit abstracts presenting work in progress as well as completed projects. Postgraduate students are welcome. Papers will be a maximum of 20 minutes in length.


The fees are currently being decided; however they will not be more than any previous CC conference, and might be less. We will send details of these asap. There will be a reduction for students.


G. d’ Annunzio University of Chieti-Pescara is located in Abruzzo, Central Italy. One part of the campus is in Chieti on the Abruzzo hills. The other part, which will be the main venue of the conference, is in Pescara. The Pescara campus, which is near the city center, is very close to the Adriatic coast and the pinewood celebrated by poet Gabriele D’Annunzio in his verse.


Pescara is the biggest city in the region of Abruzzo, and it boasts a vibrant cultural life, with an important jazz festival (Pescara Jazz Festival), a national literary festival (Festival delle Letterature dell'Adriatico), and an international film festival and competition (Flaiano Film Festival and International Awards).


The city has a small airport with direct connections to London Stansted, which might be a useful option for those of you travelling from the UK (Ryanair flight). There are also some Ryanair flights from other European cities).


Anyone planning to travel from British and Continental cities can consider taking a flight to Rome and then take a bus to Pescara (we advise against travelling by train, since the connections are complicated and it takes longer than the bus).


You can check timetables and prices on the following website (for connections from either Fiumicino or Ciampino airports):


https://www.flixbus.co.uk/ or on the website http://www.dicarlobus.it/ (only for buses departing from Fiumicino)


More detailed information about travel and details on hotels in Pescara will be provided later.