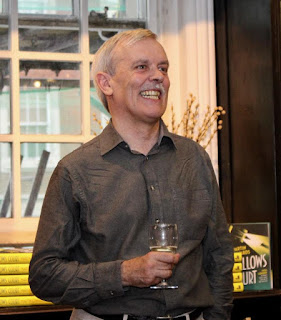 Over the last couple of years one could easily be forgiven for forgetting that Martin Edwards is actually a crime fiction novelist.  The reason for this is because the last two books that he has written have not only been non-fiction but have also won him a slew of awards.  The first is The Golden Age of Murder (2015) which was nominated for and won a number of awards including the Edgar Award for Best Critical/ Biographical Works, the Agatha Award from Malice Domestic, the Macavity Award from Mystery Readers International, and the H.R.F. Keating award at Crimefest.   The other book, The Story of Classic Crime in 100 Books (2017) which won the Macavity Award again from Mystery Readers International.

However, the news that Martin Edward had written a new novel was enthusiastically welcomed.  Gallows Court is a Golden Age thriller set in the 1930s.  It is certainly a departure from what he normally writes but one should not actually be surprised at the setting as it is a period that he is most familiar with. 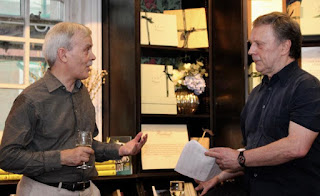 It was with great delight that the Shots team attended the launch of Gallows Court at Hatchards, Piccadilly on 18th September 2018. It is the first time that Martin Edwards has had a book launch in London and it was a delight to see a large number of Martin’s colleagues from his work as a solicitor, fellow authors and also crime fiction reviewers and bloggers present at the launch. It really was a wonderful evening and the turn out was terrific and what one would have expected for someone as well respected as Martin. 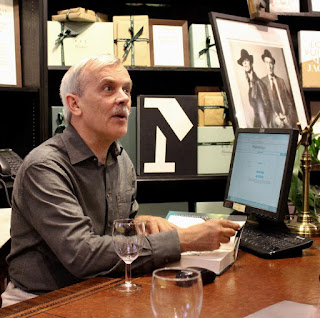 As part of the evening Martin was interviewed by Barry Forshaw who conducted a short Q& A.  As can be expected those in attendance listened avidly as Martin was encouraged to talk about the new book, the reasons for the change in direction, amongst other things and of course whether or not there will be a sequel! Will there be?  I believe so.

Congratulations to Martin on the publication of Gallows Court and we look forward to reading more of his work. 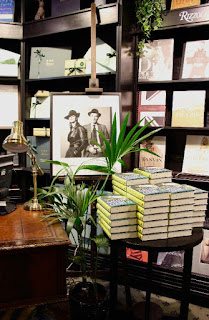 London, 1930. A headless corpse; an apparent suicide in a locked room; a man burned alive during an illusionist's show in front of thousands of people. Scotland Yard is baffled by the sequence of ghastly murders unfolding across the city and at the centre of it all is mysterious heiress Rachel Savernake. Daughter of a grand judge, Rachel is as glamorous as she is elusive. Jacob Flint, a tenacious young journalist eager to cover the gruesome crimes, is drawn into Rachel's glittering world of wealth and power. But as the body count continues to rise, Jacob is convinced Rachel is harbouring a dark secret and he soon becomes part of a dangerous game that could leave him dancing at the end of the hangman's rope if he pursues the truth.

More information about Martin and his books can be found on his website.  You can also read his blog here and follow him on Twitter @medwardsbooks.