Crime on the Small Screen

I, for one, can't wait to see one of the big hitters return in 2019 - True Detective, Nic Pizzolatto’s dark crime anthology series. It's got to be an improvement on Season II, right?

Starring Mahershala Ali as Wayne Hays, a state police detective from Northwest Arkansas, the new series tells the story of a macabre crime in the heart of the Ozarks and a mystery that deepens over decades and plays out in three separate time periods.

The show is slated for a return on Sunday 13th January on HBO in the US, which means, hopefully, that it’ll be on Sky Atlantic the day afterwards.

The success of BBC America's KILLING EVE, based on Codename Villanelle [a compilation of four serial e-book novellas published in 2014-2016] by British writer Luke Jennnings has been given the green light for a second season. Emmy-nominated and Bafta-winner Phoebe Waller-Bridge adapted the first series and will return for the new series in an executive producer role with writer-actor Emerald Fennell  taking over as lead writer. 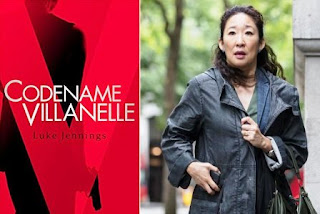 Sandra Oh and Jodie Comer are set to resume their cat-and-mouse game in the next series along with Fiona Shaw  – and joining them are Nina Sosanya, Edward Bluemel and guest star Julian Barrett.

PEAKY BLINDERS is coming back for a fifth series. Cillian Murphy will reprise his role as Tommy Shelby in this acclaimed gangster drama, which has begun filming in Manchester. Also returning to the series are Helen McCrory, Paul Anderson, Sophie Rundle , Finn Cole, Kate Phillips and Natasha O’Keefe. 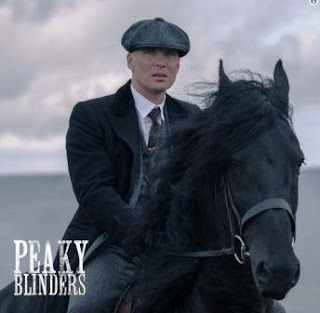 In part, series five of the crime saga tells of a world thrown into turmoil by the financial crash of 1929. Opportunity and misfortune are everywhere. When Tommy Shelby MP is approached by a charismatic politician with a bold vision for Britain, he realises that his response will affect not just his family’s future but that of the entire nation.