Who is Harriet Monckton? by Eilzabeth Haynes 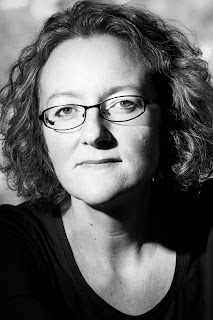 Having just got around to thinking of myself as a crime novelist, it was quite a surprise to find myself writing a historical fictionalisation of a true story. This wasn’t my bag at all. I was only writing it because nobody else had, and as the murder of Harriet Monckton was – and still is – unsolved, I wanted to know what happened to her. The best way to find out about something, I always think, is to write about it.

I came across Harriet’s story by accident, when I was researching Victorian coroner’s inquests (as you do) in the National Archives in Kew. The inquest into her murder had been subject to such delay that, two years after her death, the foreman of the jury had written to the Home Secretary to ask him to compel the coroner to get a move on. Were it not for this correspondence, containing transcripts of the proceedings thus far, I’d never have heard of Harriet at all.

Harriet was found in the privy behind the chapel she frequented in Bromley, Kent, having swallowed a fatal dose of prussic acid – a horrible death, if mercifully quick. No vessel or bottle was found near her that could have contained the poison, and since she would have died within seconds, her death was treated as a murder and the whole town was thrown into disarray at the news. Quickly the coroner fixed upon a suspect, but the police had someone else in mind entirely; and yet there were several other people who might have had reason to want Harriet dead. The witness testimonies contained within the archive documents paint a vivid picture of those who loved Harriet, and those who pretended to.

The gossip and suspicion went into overdrive when the post mortem revealed that Harriet, the unmarried schoolteacher who was accustomed to attending chapel three times a day, was nearly six months pregnant – a secret she had taken to her grave. 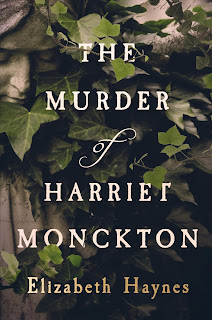 This fascinating story partially explains why I’ve disappeared into a warm cave of research for the past year and a half; the archives are, after all, not short of unsolved murders. Harriet’s case is different. Not only was a young woman deprived of her life, her career as a teacher, her promising future; she and her unborn son had no justice, for nobody was ever arrested or tried for her murder. And it seems that in a short while she was entirely forgotten about.

The more time I spent with Harriet, trying to inhabit Bromley and London in 1843, the more I found connections to my own past; my great great great grandparents lived in the same street as her in 1841; the coroner’s son conducted the inquest into the suicide of my own great grandfather in Greenwich Park. I had worked in Bromley some years before and found myself imagining the same streets as they would have been in Harriet’s day.

The documents are, of course, still in the National Archives. Anyone can go and have a look, and I encourage you to do so – it’s an amazing place. Although I have fictionalised Harriet’s story, using the documents and the newspaper reports of the time as a factual base, you can decide for yourself if I’ve got it right – Harriet’s murderer is revealed on the very last page. It might not be possible to get justice for Harriet 175 years later, but at least I can make sure she is not forgotten.

I have started reading The Murder of Harriet Monckton and it's wonderful, a real page-turner which vividly brings to life that period of history. I am about a third of the way through and haven't made up my mind about "whodunnit" and can't wait until the possible murderer is revealed.

I read this book over 2 days..what a compelling, beautifully written work.
I found Elizabeth's fictional cause of death entirely plausible but there are others who could also have been the real murderer, or even procured the acid thinking that it would act as an abortifacent, not realising how lethal the dose was.
What does come across is how vulnerable single women were to sexual assault and grooming and how isolated they were given the social and patriarchal hierarchies of the age, should they have tried to "out" their attackers.
I intend to read more of ELizabeth Haynes' books now!