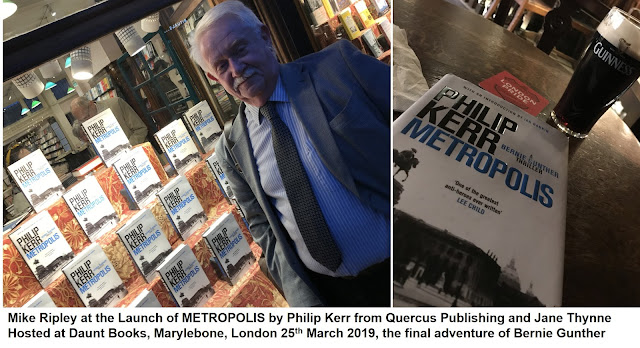 METROPOLIS by the late PHILIP KERR, the last adventure of Bernie Gunther from Quercus Publishing was published yesterday 4th of April 2019, and coming in a couple of days to the US and Canada from PenguinRandomHouse North America
I have been savouring it, reading it slowly, for it is a beautiful crime novel, one with writing that is so thought-provoking it makes you gasp for breath. It is a rather Dark Narrative as it details Gunther’s start with the Police, at Berlin’s Murder Squad, in 1928. What appears as the serial murder of Prostitutes by a Madman, soon morphs into an investigation of the slaying of WW 1 veterans, beggars – but becomes something more, something troubling for Bernie Gunther. 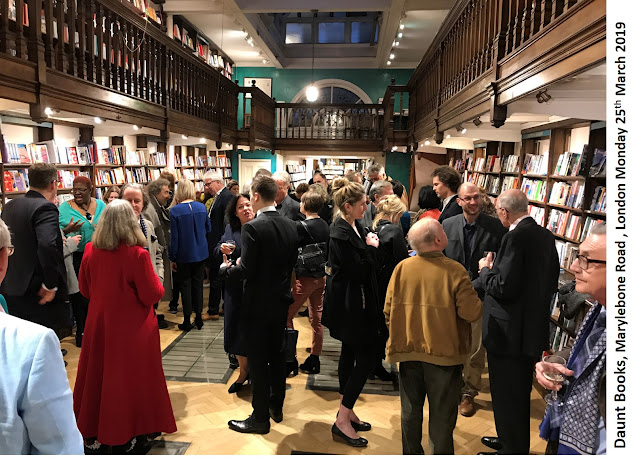 It was written under tragic circumstances, so it required from me some respect.
I finished it last night, and had trouble sleeping for it is thought provoking, as well as hugely entertaining. 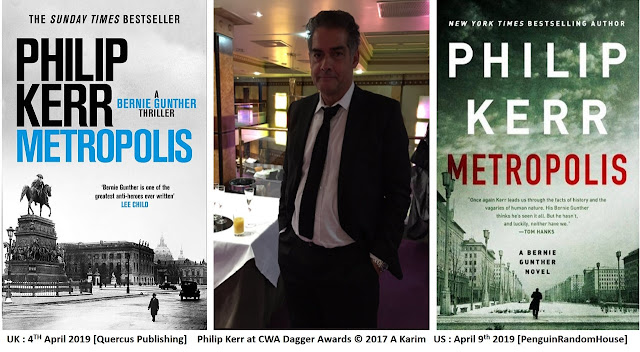 Bleary-eyed, I penned my review this morning >
The last of these remarkable historical crime thrillers is aptly set at the start of Bernie Gunther’s police career with Berlin’s Murder Squad, the Kriminalpolizei. It is an origin story, as well a mirror to be held up against the political turmoil of our own contemporary times.

Above all else, it is a melancholic narrative, a reflective work that provokes deep thought in the reader as only a piece of high art can; because Philip Kerr’s final novel is just that, narrative artistry. 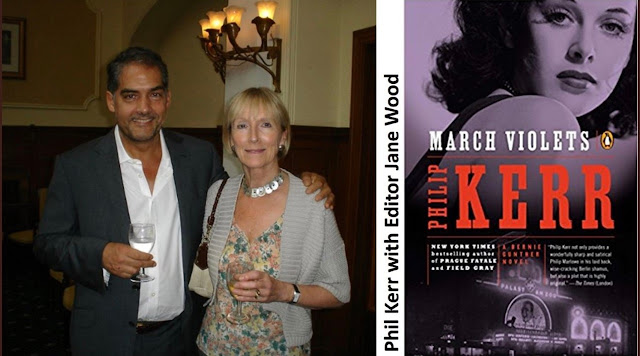 Berlin 1928, the Nazi regime is gathering momentum and power in a desperate nation, one humbled by that great war, the one that Bernie Gunther survived where many died in the muddy trenches, and the clouds of gas that the infantry men had to traverse.
Gunther is living in a rooming house that he shares with an overbearing landlady and assorted misfits including an Englishman named Rankin. Gunther’s detective skills have been noticed by his superiors in the Berlin Police; and so, in consequence, he finds himself promoted from the Vice Squad, to the Murder Squad.

As ever, the narrative is peppered with observations and dialogue that could have been torn from the pages of Raymond Chandler, for Bernie Gunther shares the world-weary cynicism of Philip Marlowe. There is much wit within these pages, but that is matched by the oppressive darkness of the story.

Gunther is assigned to track down a serial killer who is hunting the scalps of prostitutes, many who are women trying to earn a little money just to survive, in an economically ravaged city.  High art rubs shoulder to shoulder with the unspeakable cruelties inflicted upon the peoples of this city. There is theatre, there is cinema, music hall as well as drinking, drug taking and sexual depravity that attracts people to its dark streets, and eponymously gives this novel its title.
Read the Full Review from Shots Magazine HERE
It was launched on Monday 25th March at Daunt Books on the Marylebone Rd, London by Philip Kerr’s Editor Jane Wood, his wife the novelist Jane Thynne and Howard Jacobson, with their welcome recoded HERE and embedded below
It was good to meet up with friends and colleagues Ayo Onatade, Mike Ripley, Barry Forshaw and Jake Kerridge, as well as writers Henry Porter, Abir Mukherjee (and his charming wife) as well as writer and political satirist Ian Hislop among the invited guests.
We present a few photos of the event. 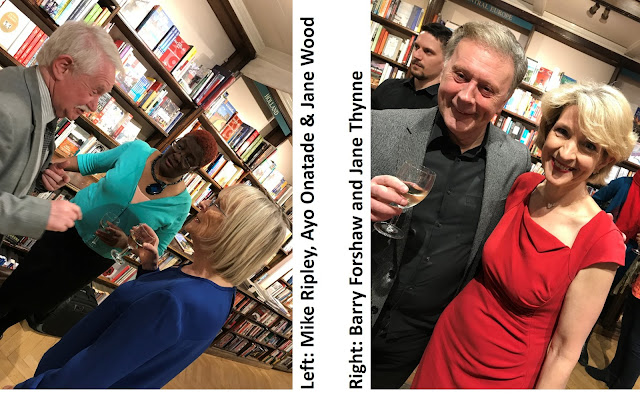 More Information on these novels and Bernie Gunther >
https://berniegunther.com
If you’ve not read the Bernie Gunther novels by Philip Kerr, then this excellent link HERE acts as a primer 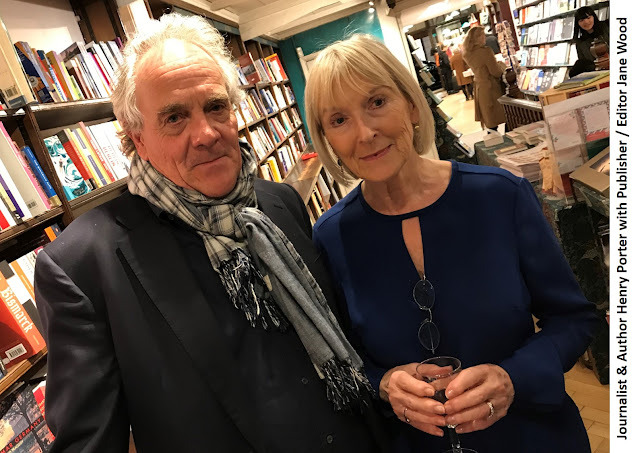 For many, these novels are extraordinary, the research, the characters, the backdrop(s), but most critically the writing in these thrillers is just so good, so thought provoking - these novels suck the air out of your lungs. 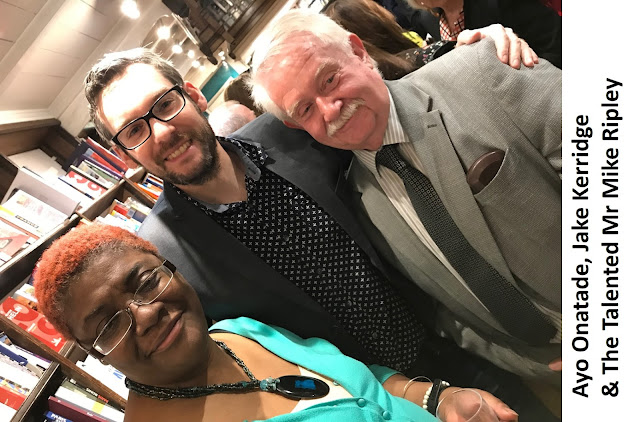 Though Philip Kerr wrote over 30 novels in his career, spanning many sub-genres, it will be the 14 novels that featured Bernie Gunther that he will be remembered for, his legacy as a novelist. 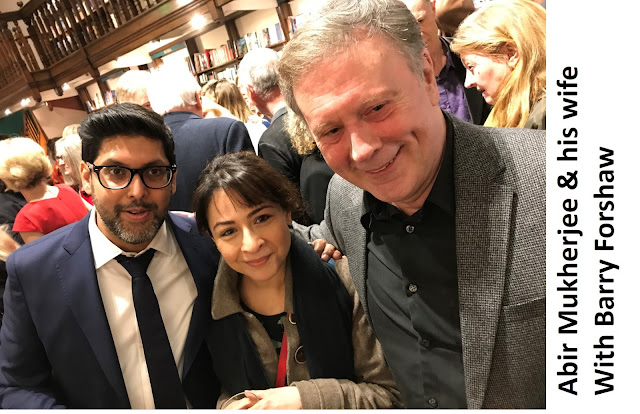 Miss this novel (and its 13 precursors) at your peril, for the work of Philip Kerr, and Bernie Gunther’s philosophical investigations sit at the top table of the crime fiction genre. 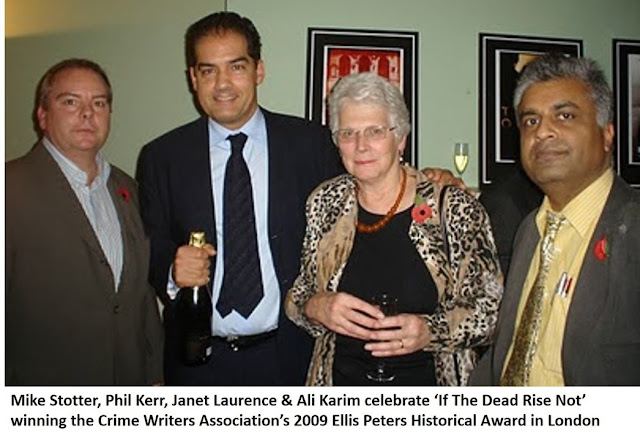 Shots Magazine would like to pass our thanks to Jane Wood and her colleagues at Quercus Publishing, the novelist Jane Thynne and Daunt Books for a most enjoyable if melancholic evening. 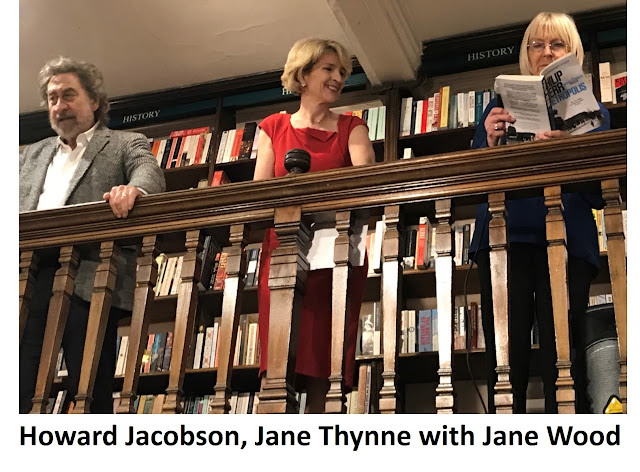 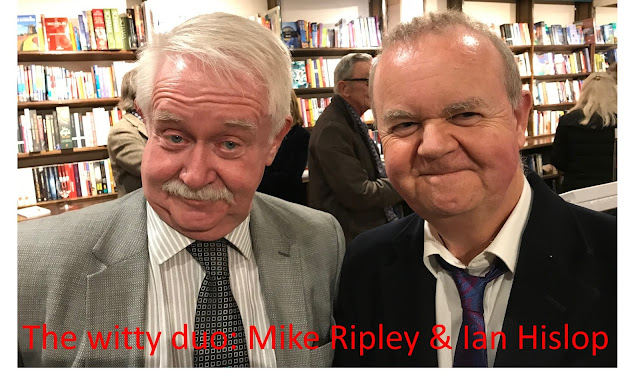 Great tribute for an amazing talent