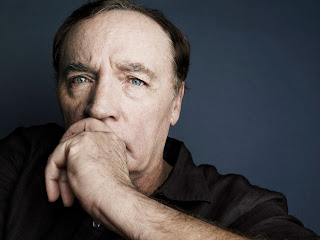 Chair of the 2019 Programming Committee, Mari Hannah, unveiled a packed line-up for the world’s most celebrated crime writing festival, with authors ‘in conversation’, in action and in the bar.

Now in its 17th year, the festival takes place at Agatha Christie’s old haunt, The Old Swan Hotel in Harrogate from 18 to 21 July.

Mari Hannah, award-winning author and festival reader-in-residence said: “The Theakston programming committee has a reputation for attracting the finest crime writers to the festival from around the world and we’ve done it again. The response to this year’s line-up has been incredible. I’m looking forward to welcoming readers in July.”

Jo Nesbo will also launch his much anticipated new Harry Hole thriller, Knife, at the festival. A special TV panel will feature Jed Mercurio, author of BBC smash-hit, The Bodyguard.

Simon Theakston, Executive Director of T&R Theakston and title sponsor, said: “Our celebration of the genre is no doubt the best in the world. 2019 is another remarkable line-up and it is a huge privilege to welcome one of the world’s biggest selling authors, James Patterson, a remarkable advocate for reading who has donated millions to reading initiatives in schools, colleges and libraries."

Serving up its usual helping of heated debate, panels will look at Irish fiction exploring borders and Brexit, the rise of Antipodean Noir, the on-going controversy of the role of gratuitous violence, and how crime fiction can put the spotlight on the big social issues of the day.

Up to 90 authors from around the world will take part. The diverse roll call includes 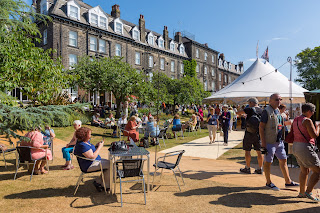 Val McDermid’s annual New Blood panel, one of the most anticipated events in publishing, features four hand-picked debuts from the Queen of Crime. 2019 picks are Gytha Lodge’s She Lies in Wait, Holly Watt’s with To the Lions, Chris Hammer’s Scrublands, and Oyinkan Braithwaite’s My Sister the Serial Killer.

The opening night features the crime writing equivalent of The Oscars, with the 15th Theakston Old Peculier Crime Novel of the Year Award. Hosted by Mark Lawson, the Award is in association with sponsor T&R Theakston Ltd, retail partner WHSmith, and media partner, the Mail on Sunday. The ceremony will also honour a giant of the genre with the Outstanding Contribution to Crime Fiction Award - previous recipients include PD James, Ruth Rendell, Lee Child and John Grisham. 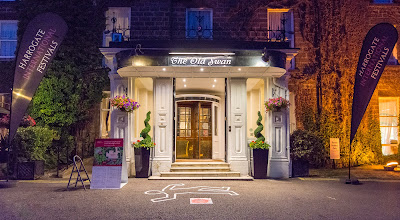 The day-long writing workshop, Creative Thursday also returns. The festival, delivered by the north’s leading arts organisation Harrogate International Festivals, is one of the most important events in the crime publishing calendar. Agents, publishers, publicists, readers and authors attend from all over Europe and the world.

Famed for its no barriers approach, crime fiction fans, fledgling writers and established superstar authors mingle in the hotel bar, bookshop and Papakåta tents in the hotel grounds.  Tickets for all events go on sale 9 April.