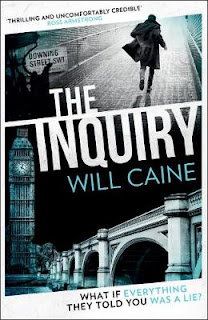 The former Chief Executive of a major company was in the interviewee’s chair, the camera ready to roll, I sat opposite. This was not going to bring down a government but it was the climax to months of investigation on which the success of our film depended.

It was 1983; I was a young, callow investigative current affairs filmmaker for ITV.  I had become obsessed by the damage 1960’s and 70s concrete, system-built tower blocks had wrought on the towns and cities of Britain. Damp, noisy, unloved, often the product of builders’ and developers’ greed and architects’ and planners’ vanity, the tower blocks’ fad had blighted the lives of millions who vastly preferred the traditional British street with its homely terraces.

The exchange, which finally nailed it, began something like:

Q. In the mid-1970s you discovered a potentially fatal flaw in your blocks, didn’t you?
A.   Yes.

My journalist colleague and I held our breath. Was he really going to cough?

Q. It was in the cladding panels?
A. Yes.
Q. Specifically the wall-ties which hold the inner and outer concrete panels together?
A. Yes.
Q. You knew there was a clear risk of those massive, concrete panels crashing to the ground from twenty floors up, endangering the lives of people, including children, walking and playing below.
A. Yes.
Q. Did you report this fault and the risk it held?
A. No.
Q. Why not?
A. It would have been too expensive to repair.
Q. How many of these panels have now fallen.
A. Several.

We’d got it! An admission on camera by an ultimately repentant man of failure, carelessness, reckless risk to life and the most important of all - cover-up. From Watergate to Bill Clinton and Monica Lewinsky, it was so often the cover-up rather than the original act that spelt downfall.

What was - and is - original or special about ‘investigative journalism’ - if indeed anything? Isn’t it the ordinary reporter and correspondent often trying to reveal as well as relate? I think that, when the expression is correctly used, there isa difference even if its methodology has evolved.

Back in the late 1960s, when investigative journalism as we now know it began with the Sunday Times’s Insight investigations and Granada TV’s World in Action (the ITV programme I worked on), it denoted months of research aimed at revealing wrong-doing by nations, states, corporations, politicians, financiers etc.

Specifically it was about bringing into the light of day what they wished to keep secret or covered up. The tools were internal, confidential or secret documents (we had no compunction about showing what might seem boring bits of paper on screen - they could be the dynamite); the evidence of whistle-blowers, who were cultivated for months, sometimes years; the sheer foot-slogging to find witnesses.

Beyond those was the evidence of the camera. I made one film in the 1980’s about the terrible epidemic of the lethal lung cancer, mesothelioma, caused by appalling working conditions in blue asbestos mines, several British-owned, in apartheid south Africa, then a quasi police state. With great ingenuity, my colleague donned a black vest and vicar’s collar as we made our way into mines and hospitals claiming we were a church charity. What the camera showed for all to see was that terrible blue dust, floating through air, sitting in thick layers on the ground, a deadly substance that no human should be allowed near.

Further tactics evolved. Secret filming with a concealed camera began to be used in the 1970s’ but it was unwieldy, the camera concealed in, for example, a briefcase with a rather obvious hole cut out for the lens to see through, the camera operator having to nip into the toilet to change rolls of 16 mm film, each lasting only ten minutes, in his black bag. The technology has since made huge advances - though a film for a series I was once making was rudely interrupted when our undercover reporter was interrogated about the size of her spectacle frames and had to beat a hasty retreat. These days the technology has advanced beyond oversize spectacles and secret filming has become the go-to means for investigative current affairs to make a splash.

More recently, a new beast, enabled by the Internet and digital world, has emerged - the mass leaker. Edward Snowden and the Panamas Papers are the standout examples. The previously unimaginable volume of information that emerged was of course aided and abetted by investigative journalists who collaborated with the leakers. But those journalists did not themselves uncover the source and their information - the source itself was the instigator and provider. In these instances the investigative journalist was transformed into distributor rather than digger.

In the future world, it may be the ideologically or financially driven source rather than the journalist who decides more and more what the content and aim of ‘investigative journalism’ is to be. The risk is the sidelining of the objectively minded journalist making their own judgment on what wrongs it is most important to right.

The Inquiry by Will Caine (Published by Harper Collins)
'Knowledge of these files is classified.  You must not use police or intelligence services to carry out your investigation. Those channels are compromised.  A final warning: you must move fast.' Former MP Francis Morahan swore never to return to politics. But when he's asked to chair a government inquiry into the intelligence agencies' record against terror, it's clear that it's an order from the top - not a request.  Sara Shah once teetered on the edge of a dangerous circle. Now a lawyer in a prestigious London firm, she's put her past behind her. Until a letter delivered by hand summons her to join the Morahan Inquiry.  Duty-bound, Sara accepts. Armed only with a list of names, dodging her one-time connection to the networks she infiltrates, she finds herself led by an anonymous source into the darkest corners of post-9/11 Britain. What, or who, was the weapon at the heart of British terror?
Posted by Ayo Onatade at 06:00