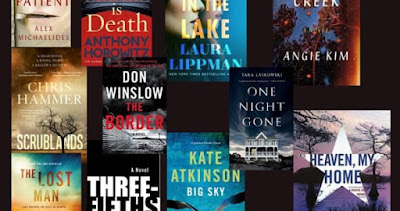 Bronwen Hruska of Soho Press will receive the Publisher of the Year Award.

Recognizing excellence in the field of mystery fiction and publishing, the annual Strand Critics Awards are judged by a select group of book critics and journalists. This year’s judges include talent from NPR, USA Today, LA Times, and The Washington Post.

And the nominees are . . .
Best Mystery Novel (2019)
Big Sky by Kate Atkinson (Little, Brown and Co.)
The Lost Man by Jane Harper (Flatiron Books)
The Sentence is Death by Anthony Horowitz (Harper)
Lady in the Lake by Laura Lippman (William Morrow)
Heaven, My Home by Attica Locke (Mulholland Books)
The Border by Don Winslow (William Morrow)

“This year’s panel chose a great lineup of nominees,” said Andrew F. Gulli, managing editor of The Strand Magazine. “It’s great to see a variety of books within the genre get represented. We have everything from traditional puzzle mystery and PI novel to noir and literary suspense, even a hospital mystery.” 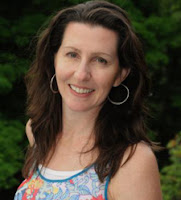 This year’s recipient is Bronwen Hruska, publisher of Soho Press. An accomplished journalist and screenwriter, Hruska took the helm at Soho in 2010 and for the past ten years has overseen record growth, with scores of novels receiving critical and commercial acclaim.

“The characteristic of a great publisher is one who takes risks, who is never satisfied with the status quo, and most importantly someone who is dedicated to releasing works from a diverse set of authors,” said Managing Editor Gulli. “For over a decade, Hruska has done just that. She has been a fearless and tireless advocate for her authors, and they all love her.”

“Publishing is a labor of love, full stop. At Soho, we believe in every book we publish, every author. But to be recognized for that work—and by Strand Magazine, a leader in the crime fiction community—is truly an honor,” said Hruska. “Thank you Strand, and thank you to our wonderful authors who make our work not only meaningful, but quite joyful as well.” 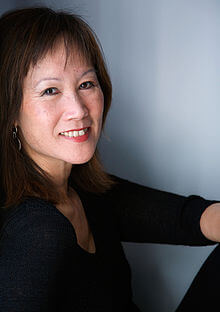 out as one of the most inventive practitioners of the medical thriller. Her series featuring Boston police detective Jane Rizzoli and medical examiner Maura Isles has been a staple of best-seller lists (also inspiring a hit TV show), and her books have sold over 30 million copies worldwide.

“When I was a child, my very practical father told me I’d never be able to support myself as a writer,” said Gerritsen. “But we storytellers are a stubborn bunch, and three decades into a writing career, here I am. Still writing. I’m thrilled by this honor, which proves that, yes, tenacity has its rewards.” 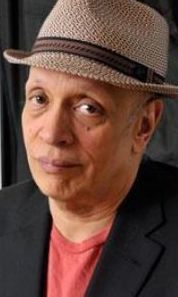 In 1990, the release of Devil in a Blue Dress marked the debut of Easy Rawlins, a clever, noble, and thoughtful private investigator in post-World War II Los Angeles. Author Walter Mosley earned plaudits for the novel, and for the past thirty years he has been compared to noir luminaries Raymond Chandler, Dashiell Hammett, and James M. Cain. Mosley is the author of more than 40 books and his work has been translated into 23 languages.

“I want to thank Andrew Gulli and the critics that elected to give me this honor, adding my name to a list of names I greatly admire,” said Mosley. “The Strand itself deserves honors too for staying true to its mission in an age of media attrition, showcasing, engaging and amplifying the voices of writers who write in all the many forms this genre takes on.”

The Strand Critics Awards will be held virtually on September 4.


Thanks to Strand Magazine for the information.
Posted by Ayo Onatade at 22:01