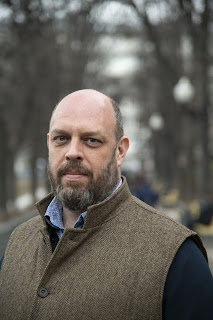 When a nuclear bomb detonates, the ground for miles around the test site is littered with dead birds. Scared by the flash they take flight, but are burned and blinded by the wave of intense heat that follows seconds later. Scientists driving across the corpse-littered plain to inspect ground zero stop when they see scorched eagles, flapping in agony, and put the crippled birds out of their misery with a well-aimed kick to the head.

This is true. It’s mentioned by Andrei Sakharov, father of the Soviet hydrogen bomb, in his memoirs. I use this detail, and hundreds of others like it, in my novel Black Sun. The characters listen to the actual hit records covet the latest fashions and consumer goods available in the Soviet Union in the autumn of 1961 - all drawn from memoirs, films, TV shows, of the time. Most importantly of all, the central plot of my book is closely based on the true story of RDS-220, the biggest thermonuclear device ever built - and how Sakharov ordered a radical redesign of his weapon just ten days before its detonation because he truly feared that the device might set the planet’s atmosphere on fire. The details of the bomb’s size, shape and power, how it was transported, loaded onto a plane and dropped, are all based exactly on Sakharov and others’ descriptions.

The question I’d like to explore is - why is it important that it’s true? I’m writing a novel, not a historical account. My fiction is a classic detective story set in train by the poisoning of a brilliant young nuclear physicist by eradicative thallium. That never happened. There was no talented but troubled KGB investigator called Alexander Vasin; the creator of RDS-220 never had a beautiful but psychologically damaged young wife. I’m telling a story which I made up - so why weave my fiction round the pillars of real events? If the true story is so extraordinary, why fictionalise it? Or, conversely, if your fiction is so compelling, why drag real history and real people into it?

Hilary Mantel has the best answer. “You become a novelist not to tell entertaining lies but to tell the truth,” she said in her recent, brilliant, Reith lecture on exploring the impulses behind why we write historical fiction. “All novelists are concerned with lives unlived … we seek to know things about the past they the past did not know about itself.”

The resonates. You read a history book about extraordinary events, and you want to see it come alive, to be inside the heads and hearts of the protagonists. Even the most candid and well-written memoirs - Anais Nin, for instance, or Marguerite Duras - never read quite like novels. It’s only when they take a step away from the real and into the realm of imagination, become, in the latest coinage, auto-fiction rather than autobiography. The same holds true for biography and history. The facts can be moving, terrifying, unbelievable. But it only becomes emotionally real when you get inside the mind of the historical protagonist. A mind that by definition we can only imagine.

Some critics have attacked historical fiction as being un-literary. James Wood, writing in The New Yorker, called it a "somewhat gimcrack genre not exactly jammed with greatness.” Mantel, and before her Barry Unsworth and Gore Vidal and Robert Graves, give the lie to that. Mantel is unusual because in her Cromwell trilogy she sticks so very closely to the known facts. Reading Diarmid Maculloch’s biography of Cromwell one comes across not only a cast of names but also houses, landscapes, even the texts of legislation that feel entirely familiar from Mantel’s fiction.

Does making fiction as real, as historically accurate, as possible make it better fiction? Certainly, authenticity of place and period gives a book an unmistakable patina and texture that is best drawn from life. For instance the vividly detailed description of the assassin’s drive across France in The Day of the Jackal (an piece of what might call semi-contemporary historical fiction, constructed around historical events just a decade before it was written) had to have been lived by the author to be told in such convincing detail. But the real purpose of historical minutiae - the thick paper of the hotel ledger, the tightness of the wheel of the assassin’s speeding sports car, the smoky perfume scent of a Parisian underground gay bar - is to add truth, depth and believable background to the fictional lives you’re striving as a writer to make convincing. As Barry Unsworth told an interviewer, "I don't really care how many buttons someone had on his waistcoat. It would be good to get it right, but what really matters is trying to get hold of the spirit of the age, what it was like to be alive in that age, what it felt like to be…an ordinary person in the margins of history.”

In Black Sun, the terrifying power of the real-life RDS-220 and the terrifying choices faced by its creators make the backdrop to the human drama of my thriller - but they are also the driving dramatic force. As I write in the afterword, “the bomb-makers of [the secret nuclear city of] Arzamas-16 had finally touched the outer limit of science. They had created a bomb too powerful for the Earth to withstand. And they stepped back.” That was the genesis of the book - not a plot and collection of characters in search of a historical venue on which to alight but a historian’s fascination with an actual human situation faced by real people within living memory who held the fate of the planet in their hands.

That is perhaps the only real difference between historical fiction and literary fiction - the initial impulse to colour in, to flesh out, to understand a real event by fictionalising it. And, to unpack the paradox at the heart of Mantel’s thought earlier, by making history into fiction we are trying to make it more true. As mantel put it in her lecture, “a myth is not a falsehood - it is the truth cast into symbol.”

“The term historical fiction is a blunt instrument in literary criticism,” said Unsworth. “I write stories that are set in the past. Fiction set in the past should be judged by the same criteria as any other fiction. Does the novel convey a sense of life, touch the reader's mind and heart? Does it belong to what D.H. Lawrence called the one bright book of life?” 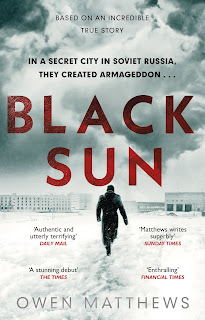 1961. Hidden deep within the forests of central Soviet Russia is a place that doesn't appear on any map: a city called Arzamas-16. Here a community of dedicated scientists, technicians and engineers are building the most powerful nuclear device the world will ever see - three thousand times more powerful than Hiroshima.  But ten days before the bomb is to be tested, a young physicist is found dead. His body contains enough radioactive poison to kill thousands.  The Arzamas authorities believe it is suicide - they want the corpse disposed of and the incident forgotten. But someone in Moscow is alarmed by what's going on in this strange, isolated place. And so Major Alexander Vasin - a mostly good KGB officer - is despatched to Arzamas to investigate. What he finds there is unlike anything he's experienced before. His wits will be tested against some of the most brilliant minds in the Soviet Union - eccentrics, patriots and dissidents who, because their work is considered to be of such vital national importance, have been granted the freedom to think and act, live and love as they wish.  In Arzamas, nothing can be allowed to get in the way of the project. Not even murder... Intricately researched, cunningly plotted and brilliantly told, Black Sun is a fast-paced and timely thriller set at the height - and in the heart - of Soviet power.