The CRIMEFEST awards, hosted by one of Europe’s leading crime writing conventions, are in their 13th year and celebrate the best crime books released in 2019 in the UK.

Laura Shepherd-Robinson receives £1,000 for the inaugural Specsavers Debut Crime Novel Award for Blood & Sugar in a new category in association with the convention’s headline sponsor, Specsavers.

Laura worked in politics for nearly 20 years before completing an MA in Creative Writing at City University. Her first novel, a vivid evocation of the slave trade in Georgian England, has received widespread critical acclaim. The Financial Times said she has ‘set the bar high for historical crime fiction.’

Laura Shepherd-Robinson said: “I’m so thrilled to have won this prize, I can’t really believe it. Thank you so much to CRIMEFEST and to Specsavers, and also to my amazing editor Maria Rejt and my agent Antony Topping, but most of all thank you to all the people who have read Blood & Sugar.”

Dame Mary Perkins, Specsavers’ founder who was born in Bristol, her ‘favourite city’, congratulated Laura for a ‘very topical book’. She said: “I’m so glad that CRIMEFEST is still happening, albeit online. We’re proud to sponsor the debut crime novel award. Reading and the importance of good vision makes for a very close connection for Specsavers.” 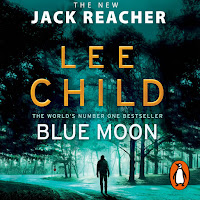 Lee Child and Jeff Harding - the reader on Child’s audio book Blue Moon - also receive £1,000 for winning the Audible Sounds of Crime Award, sponsored by Audible UK.  Lee Child said: “Thank you so much for this, to CRIMEFEST obviously, but also to Jeff Harding most of all, my amazing narrator. He won this for me, thanks Jeff. I hope to see everyone soon in person and at a proper convention.”

All category winners, aside from Audible Sounds of Crime, which is established by Audible UK listeners, were judged by panels of leading British crime fiction reviewers. All the winners receive an engraved, hand-made Bristol Blue Glass Award.

In other categories, Holly Watt received the eDunnit Award for To the Lions, which won the CWA Ian Fleming Steel Dagger in 2019. Featuring a female journalist who stumbles upon a dark conspiracy, it was praised as a ‘first-rate Fleet Street novel’ by the Sunday Times. Watt, an investigative journalist, has worked on MP’s Expenses and the Panama Papers and written for major broadsheets in the UK.

Helen FitzGerald received the Last Laugh Award for Worst Case Scenario, a deliciously dark, unapologetically funny and nail-biting tense psychological thriller from the international bestselling author of The Cry, which was dramatized by BBC TV. 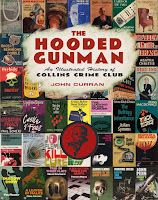 The H.R.F Keating Award for the best biographical or critical book related to crime fiction went to John Curran for The Hooded Gunman, a celebration of the 2000 books published by the iconic imprint Collins’ Crime Club.

Best Crime Novel for Young Adults went to Kathryn Evans for Beauty Sleep. Evans is no stranger to awards as her debut More of Me won the Edinburgh International Book Festival First Book Award – the first Young Adult novel to do so. Her latest, Beauty Sleep, is a dark thriller that plunges a pre-tech girl into a futuristic world.

The winner of the award for Best Crime Fiction Novel for Children was Thomas Taylor for Malamander, a quirky fantasy with a cast of characters in pursuit of a sea monster. An illustrator and writer, Taylor’s first job was the cover for Harry Potter and the Philosopher’s Stone.

The 2020 CRIMEFEST Awards were due to be presented at a Gala Dinner during the convention at the Mercure Bristol Grand Hotel this June. In light of Covid-19, the winners were announced online at www.crimefest.com and via its social media pages on Tuesday 7 July.

Adrian Muller, Co-host of CRIMEFEST, said: “Nothing can beat authors, readers and the crime writing industry gathering in person to celebrate the best of the genre. However, having appeared with Agatha Raisin co-star Ashley Jensen at last year’s CRIMEFEST, we were delighted that Matt McCooey returned to host our virtual ceremony. I’d like to thank our partners and sponsors, Free@Last TV, the production company behind the hit television series for producing our online awards presentation and congratulate all worthy winners.”

CRIMEFEST was created following the hugely successful one-off visit to Bristol in 2006 of the American Left Coast Crime convention. It was established over ten years ago in 2008. It follows the egalitarian format of most US conventions, making it open to all authors and readers alike.

The convention has grown to become not only one of the biggest crime fiction events in Europe, but also one of the most popular dates in the international crime fiction calendar, with circa 60 panel events and 150 authors over four days.

eDUNNIT AWARD:
Holly Watt for To the Lions (Raven Books)