The Syndicate by G J Minett 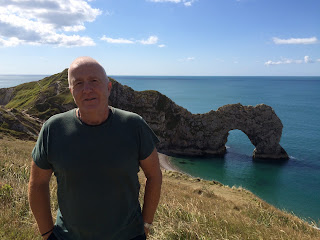 It’s when a character begins to tug at my mental sleeve and won’t let go that I know I’m ready to start a new novel. It’s never a plot . . . always a character. I’m rarely stuck for ideas - avenues that might be ripe for exploration tend to creep into my thoughts on a daily basis, but as a rule they vanish just as quickly. If I were to write a novel about each and every one that occurs to me, I’d make L. Ron Hubbard’s output look pretty ordinary. But some characters come back for more than one visit and eventually one of them will sneak through my defences so often that I can’t resist the siren call any longer. I know I’m going to write about them. The plot? Well, that comes later. My first priority is to spend a month or two getting to know my central character until it’s pretty clear what her/his achilles heel is going to be. Once I know that, the role of the plot is to put that weakness under pressure and that’s how the story emerges. It doesn’t dictate – it serves.

I’ve no idea where Jon Kavanagh came from. I know his fictional biography of course, because I created it – born in Bristol in the 1950s, deeply affected by a family tragedy at the age of nine, scarred and almost blinded by a bomb blast while serving in Northern Ireland, turbulent years working as an enforcer for a major crime syndicate in London, major fall from grace because of a deliberate breach of protocol which meant leaving a potential witness alive, then twenty uneventful years running his own bookshop in Dorset, with time to mull over things he’s done that he knows he cannot justify to himself. This biography remained more or less constant once I had the character nailed down but quite why Kavanagh himself popped into my head in the first place, I have no idea. If I did, life as a writer would be so much easier.

The Syndicate is a novel which I hope cuts across several genres. It is a crime novel of course because in order to understand Kavanagh as he is now, we need to see the events that have shaped him, the decisions he’s taken and the vagaries of fate that lie beyond his control. But I’d like to think it’s more than that. If asked to summarise it in two words, I’d choose the phrase redemption novel. Jon Kavanagh, even while working for the syndicate, is aware of a need to follow some sort of moral imperative. If he is to be responsible for someone’s death, he has to be able to convince himself that there was no other course open to him, that the world is a better place once the victim has been removed and his actions have been for the greater good. It is the realisation however that he has been manipulated by people he respected that causes him to walk away from that life.

His one trump card, that has effectively kept the syndicate from coming after him for twenty 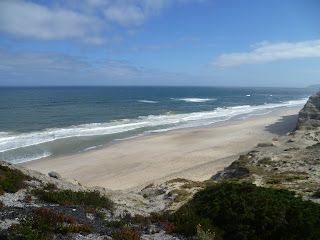 years, is the threat that if anything happens to him, it will trigger the automatic release of a series of recordings and documents that will do significant damage to its operations. It’s a ‘nuclear pact’ that has held until now - leave me alone and you’ve nothing to fear. But events have moved on in London and policy is now being shaped by a man who has his own reasons for viewing Kavanagh’s defection as a dangerous precedent which does nothing to discourage others from trying to do the same.  The syndicate has always known where Kavanagh is. And now they’re coming after him.

This provides the backdrop for Kavanagh’s bid for redemption. With time running out, in more than one sense, all roads lead back to that fateful night when he went against established protocol. He can’t undo the past . . . but he knows what he needs to do with the time he has left if he is to achieve redemption.
Most of the action is set in Dorset, in and around Wareham, taking in landmarks which may be familiar to readers such as Lulworth Cove, Durdle Door and the amazingly atmospheric ghost village of Tyneham. In the latter stages of the novel  however, the scene changes to the resort of Praia D’El Rey on Portugal’s Silver Coast, which is almost certainly less well-known. I feel the need to end by singing the resort’s praises and emphasising that during two wonderful stays there I never once saw anything to suggest that it might be linked to the nefarious behaviour described in the closing chapters. I’d happily recommend it.
The Syndicate by GJ Minett Published by Zaffre Books 9th July 2020 Paperback Original and eBook £8.99 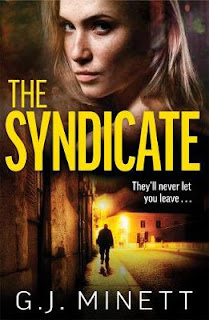 Twenty years ago, Jon Kavanagh worked for a crime syndicate. Then one night he made a mistake. He left a witness at a crime scene. Alive. Now, he is haunted by the memories of that young girl. Her face a constant reminder of the life he chose to leave behind. Time has passed and now he wants answers: What ever happened to her? Anna Hill is an aspiring singer, but the bars and clubs she works in are far from exciting. When she is given the opportunity to work in Portugal, she takes it. This is her chance to finally kick-start her career. But the job offer comes at a price; one that will endanger the lives of those she knows, and those she doesn't. Becoming involved with the Syndicate is risky, and Anna will need her instincts to work out who to trust - and who not to . . .
Posted by Ayo Onatade at 16:53