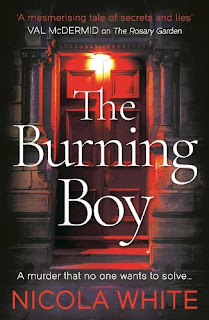 A murder that no-one wants to solve... Dublin 1986. The murder of an off-duty officer in Phoenix Park should have brought down the full power of the Dublin police force. But Kieran Lynch was found in a notorious gay cruising ground, so even as the press revels in the scandal, some of the Murder Squad are reluctant to investigate. Only Detectives Vincent Swan and Gina Considine are willing to search out the difficult truth, walking the streets of nighttime Dublin to find Kieran's lovers and friends. But Gina has her own secret that means she must withhold vital evidence. When a fire rips through Temple Bar and another man is killed, she must decide what price she is willing to pay to find a murderer. The Burning Boy is by Nicola White. 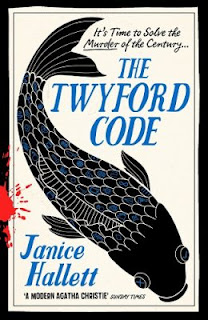 The Twyford Code is by Janice Hallett. It's time to solve the murder of the century... Forty years ago, Steven Smith found a copy of a famous children's book, its margins full of strange markings and annotations. He took it to his remedial English teacher, Miss Isles, who became convinced it was the key to solving a puzzle. That a message in secret code ran through all Edith Twyford's novels. Then Miss Isles disappeared on a class field trip, and Steven's memory won't allow him to remember what happened. Now, out of prison after a long stretch, Steven decides to investigate the mystery that has haunted him for decades. Was Miss Isles murdered? Was she deluded? Or was she right about the code? And is it still in use today? Desperate to recover his memories and find out what really happened to Miss Isles, Steven revisits the people and places of his childhood. But it soon becomes clear that Edith Twyford wasn't just a writer of forgotten children's stories. The Twyford Code has great power, and he isn't the only one trying to solve it... 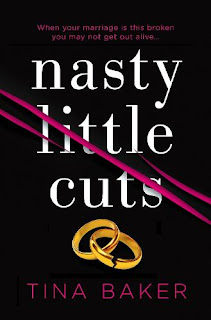 Who will survive the night? A nightmare jolts Debs awake. She leaves the kids tucked up in their beds and goes downstairs. There's a man in her kitchen, holding a knife. But it's not an intruder. This is her husband Marc, the father of her children. A man she no longer recognises. Once their differences were what drew them together, what turned them on. Him, the ex-army officer from a good family. Her, the fitness instructor who grew up over a pub. But now these differences grate to the point of drawing blood. Marc screams in his sleep. And Debs hardly knows the person she's become, or why she lets him hurt her. Neither of them is completely innocent. Neither is totally guilty. Marc is taller, stronger, and more vicious, haunted by a war he can't forget. But he has no idea what Debs is capable of when her children's lives are at stake... A powerful exploration of a relationship built on passion, poisoned by secrets and violence. Nasty Little Cuts is by Tina Baker 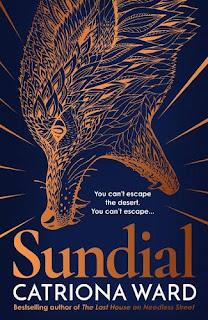 You can't escape the desert. You can't escape Sundial. Rob fears for her daughters. For Callie, who collects tiny bones and whispers to imaginary friends. For Annie, because she fears what Callie might do to her. Rob sees a darkness in Callie, one that reminds her of the family she left behind. She decides to take Callie back to her childhood home, to Sundial, deep in the Mojave Desert. And there she will have to make a terrible choice. Callie is afraid of her mother. Rob has begun to look at her strangely. To tell her secrets about her past that both disturb and excite her. And Callie is beginning to wonder if only one of them will leave Sundial alive. Sundial is by Catriona Ward.

Begars Abbey is by V L Valentine. A dark house filled with darker secrets. Winter 1954, and in a dilapidated apartment in Brooklyn, Sam Cooper realises that she has nothing left. Her mother is dead, she has no prospects, and she cannot afford the rent. But as she goes through her mother's things, Sam finds a stack of hidden letters that reveal a family and an inheritance that she never knew she had, three thousand miles away in Yorkshire. Begars Abbey is a crumbling pile, inhabited only by Sam's crippled grandmother, Lady Cooper, a housekeeper and a handful of servants. Sam cannot understand why her mother kept its very existence a secret, but her diaries offer a glimpse of a young girl growing increasingly terrified. As is Sam herself. Built on the foundations of an old convent, Begars moves and sings with the biting wind. Her grandmother cannot speak, and a shadowy woman moves along the corridors at night. For there are dark places in the hidden tunnels beneath Begars. And they will not give up their secrets easily... 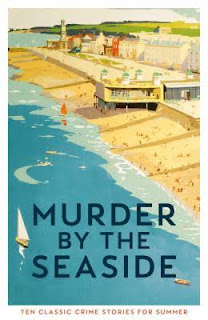 Murder by the Seaside is by Cecily Gayford. It's the height of summer. As the heat shimmers on the streets and ice cream melts onto sticky fingers, tempers begin to rise and old grudges surface. From Cornish beaches to the French Riviera, it's not just a holiday that's on people's minds ... it's murder. In these ten classic stories from writers such as Dorothy L. Sayers, Cyril Hare and Margery Allingham, you'll find mayhem and mysteries aplenty. So grab the suncream and head down to the beach - if you dare.

To tell the truth? Or protect his family? Cornell is having a bad time. Kicked out of secondary school for a fight he didn't start, he finds himself in a Pupil Referral Unit. Here he makes friends with one of the Sinclair family. You don't mess with the Sinclairs, and when Ryan Sinclair demands Cornell comes with him to teach another student some respect, Ryan witnesses something that will change his life. Torn between protecting his family and himself, Cornell has one hell of a decision to make. Witness is by Alex Wheatle.

'There were good people in The Homes. But there were also some very, very bad ones...' A thousand unwanted children live in The Homes, a village of orphans in the Scottish Lowlands on the outskirts of Glasgow. Lesley was six before she learned that most children live with their parents. Now Lesley is twelve, and she and her best friend Jonesy live in Cottage 5, Jonesy the irrepressible spirit to Lesley's quiet thoughtfulness. Life is often cruel at The Homes, and suddenly it becomes much crueller. A child is found murdered. Then another. With the police unable to catch the killer, Lesley and Jonesy decides to take the matter into their own hands. But unwanted children are easy victims, and they are both in terrible danger... The Homes is by J B Mylet.

Would you open The Box to save your daughter? Ed Truman's family is falling apart. His daughter Ally is being targeted by an alt-right incel organisation, Men Together. His house is being picketed, former clients are accusing him of sexual assault, his son won't speak to him. And then Ally disappears. Frantic, Ed suspects that Men Together have abducted her. But before he can go to the police, his DNA is found on the body of a young woman. Suddenly he's the subject of a nationwide manhunt, led by the tenacious DCI Jackie Rose. Ed finds himself on the run with Ally's friend, the enigmatic Phoenix, who claims to know where Ally is. But what is the truth? Is Ed a violent sexual predator? Or is he the victim of a ruthless conspiracy? The answers are in The Box. But not everyone who goes in, comes out alive... The Box is by Dan Malakin.