Could You Commit a Murder? by Lauren North 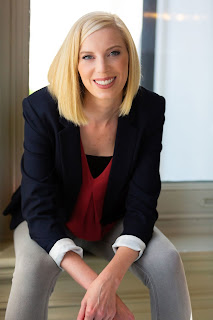 For the vast majority of us the answer to this question is of course NO! And yet we never really know how we’re going to react when we find ourselves in the worst moments of our lives, do we?

Just for a minute, imagine the scenario – your boyfriend of seven years is going to propose. You’ve seen the ring hidden in his sock drawer. A big fat diamond you can’t wait for people to see on your finger. He’s been acting quiet and secretive for weeks. And so when he suggests you take a day off work and a walk along the remote cliff tops you both love so much, you know what’s coming. You’re so sure in fact that you let slip to your friends, revelling in the excited squeals over bottles of Prosecco on a Friday night. Your mum is already scrolling Google for suitable wedding venues and has a bottle of champagne hidden in the back of her fridge for when you stop by afterwards to show off the ring.

The day arrives and it’s overcast, the path along the cliff top blustery and deserted, and when you reach the spot where you shared your very first kiss together, and your boyfriend stops and turns to take in the views of the steal-grey sea and distant ships, you know the moment has come at last. All those years of patience, all those times sat on hard wooden pews watching your friends say, ‘I do’ and pretending not to mind, and finally it’s here – your turn.

You can’t stop the smile stretching across your face as he turns to you, eyes wide with emotion. But then it all goes wrong. The words that leave his mouth, aren’t, ‘will you marry me?’ they’re, ‘I’m sorry, it’s over.’ He’s in love with someone else. He’s going to propose to someone else. The big fat diamond you found in the sock drawer is for someone else.

The rage is hot and quick, scorching through your blood. You feel the humiliation burn on your face. All the friends you’ll have to tell, your family too. All those looks of pity from your smug married friends. Oh how wrong you got it. He must see something in your face because he takes a step back, and suddenly he’s close to the edge of the cliff and there’s no one else for miles, and you see in that moment of blinding fury another story. Not the jilted girlfriend, but the grieving fiancée, an unspeakable tragedy after a proposal. Who would know? And all it would take is one shove, one burst of that anger pumping through you.

Are you still sure you’re not capable of murder?

Perhaps your answer is still no, and that’s fair enough. But maybe we all have a button somewhere deep inside us, a situation where we’ll find ourselves crossing that line. And let’s not forget that I haven’t even mentioned children yet – that fierce love we have for them, and how far we’d go to protect them.

It really is impossible to know how anyone will react when their worst moment happens. And there lies the beauty of psychology and the enduring popularity of psychological thrillers. Authors who take the ordinary people, the loving girlfriend, the two point four, the relatable, and throw them into the unimaginable.

As an author, I’m no different. In my latest novel Safe At Home, anxious mother, Anna, leaves her 11-year old child home alone. Why? Because at some point we have to take that step, we have to give that independence, and it’s only twenty minutes and the village really is very safe. But twenty minutes becomes five hours when a lorry turns over on the road ahead of Anna and she’s stuck.

It’s all so easy to imagine, isn’t it?

And now as the author I take it one step further and something terrible happens to Anna’s daughter in that time. There’s mud on the kitchen floor. Someone has been in the house. But Anna’s daughter won’t say a word. So just how far will Anna have to go to find the truth and keep her daughter safe? How far would you go?

Thankfully, those worst moments, that line we never want to cross, is a rare thing indeed, which is another reason why so many readers are drawn into the fictional worlds of psychological thrillers and their characters just like us. 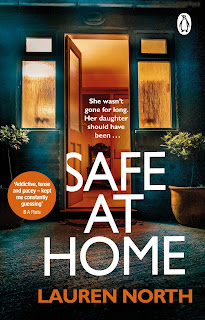 Safe At Home by Lauren North (Transworld Publishers) Out Now.

What if you left your child alone, and something terrible happened? Anna James is an anxious mother. So when she has to leave eleven-year-old Harrie home alone one evening, she can't stop worrying about her daughter. But nothing bad ever happens in the sleepy village of Barton St Martin. Except something goes wrong that night, and Anna returns to find Harrie with bruises she won't explain. The next morning a local businessman is reported missing and the village is sparking with gossip. Anna is convinced there's a connection and that Harrie is in trouble. But how can she protect her daughter if she doesn't know where the danger is coming from?