Why I chose to write my debut psychological thriller SHE’S MINE in the first person. By A.A. Chaudhuri 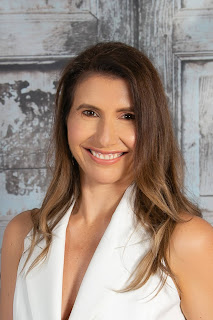 She’s Mine, my debut psychological thriller with Hera Books, is my first foray into writing in the first person, having used the third person narrative for my Kramer & Carver legal thriller series.

I always enjoy exploring the mindsets of my characters – who and what is motivating them to behave in the way they do. Even with The Scribe and The Abduction, I made a conscious effort to do this, i.e., not just take my readers on a straightforward mission to unearth and track down the culprits alongside my lead protagonists, but also allow them to see things through the culprits’ eyes, just because I feel this adds substance to the story, enabling readers to connect with and relate to all of the characters on a deeper level; even induce them to feel some level of sympathy for the wrongdoers, having been offered an insight into their inner turmoil and often painful backstories.

There is no hard and fast rule that psychological thrillers should be written in the first person, however, just because the genre is primarily focussed on the characters’ states of mind. Least of all the first-person present, which is what I chose to do with She’s Mine. So long as the novel contains key elements of the genre – the lead character perhaps having a dark secret or flaw which makes them potentially unreliable – it is of course perfectly possible to effectively portray them within a framework of disquiet and mystery, as is the typical mood of this genre, through the third person narrative.

Having said that, I chose not to do this with She’s Mine, principally because I felt the crux of my novel, which centres on a mother’s (Christine Donovan) grief for her missing child, and the ensuing dark and twisty turn of events that swiftly unravel after she receives a note revealing her daughter is not dead, along with the pervading sense of unease, mistrust and tension that exists between her and other characters, called for a more personal approach. Christine’s guilt for her neglect, but more so revolving around a secret she feels contributed to her child’s disappearance, also lies at the heart of the novel, and so I felt it imperative to see things through her unique perspective, and that of those closest to her, so as to give the reader a deeper and more profound insight into the excruciating pain and turmoil she is forced to endure day after day, as well as the first-hand effect her behaviour has had on others. I didn’t feel this could be conveyed as powerfully via the third person narrative which, by definition, is more detached and reliant on the author’s description of a character’s behaviour and speech rather than via said character’s natural stream of thought. Moreover, although readers may, understandably, blame Christine for losing her child owing to her past misdeeds, it was crucial to me that they should also feel some compassion for her, and I found the first-person narrative – hearing her voice, her suffering in their heads – to be a more effective way of achieving this.

Obviously one can describe a character’s pain and emotions through the third person narrative, but there is always a danger of it coming across as contrived and lacking in depth and heart, the author sometimes ‘telling’ too much of the story, rather than ‘showing’ it through a character’s own distinct voice and actions which, admittedly, can be deceptive because we as readers don’t know if what he or she is saying can be trusted. But then again, isn’t that the point of the psychological thriller genre? To be unsure of what you are being told is the truth, thereby heightening the intrigue on the part of the reader and their impetus to keep turning the pages?

I think that fans of psychological thrillers rather enjoy the feeling of being deceived by the author – the sense that they’re not being given the whole story but rather a skewered version of the truth. This uncertainty is what adds to the overall experience and addictive nature of the genre, and I think this can often be better achieved by only seeing events through the eyes of a particular character at any given moment.

Writing in the first person also allowed me to connect more deeply with my characters even though I, unlike my readers, know the outcome of the story and what my characters are hiding. With She’s Mine, I became so invested in my characters, I really felt like I was living every moment with them, feeling their pain and inner turmoil, which was important given the subject matter of a lost child; something that was often hard to write about being a mother myself.

Similarly, because the events of the book move along fairly swiftly, constantly switching between different characters’ viewpoints, I chose to write in the first person ‘present tense’ with a view to ramping up the pace even further, as well as intensifying the prevailing sense of claustrophobia and uncertainty my characters operate in.

I really enjoyed my first experience of writing in the first person and feel sure it won’t be my last. 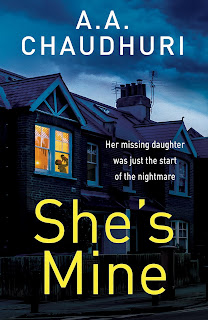 She’s Mine is published by Hera Books in e-book on 18th August and paperback on 26th August:

Her missing daughter was just the start of the nightmare. Twenty years ago, Christine Donovan took a call she should have ignored while shopping. In those few seconds while her back was turned her toddler, Heidi, was kidnapped. She’s never been seen again. Despite having two other children with husband Greg, Christine remains guilt-stricken that her neglect caused her child to be stolen, while haunted by a secret that consumes her. Just as she takes measures to finally heal, a note is posted through her door, with the words she has always longed to hear: Heidi isn’t dead. Christine might finally get the answers she craves - but what she doesn’t know is that finding her daughter will uncover dark secrets close to home. In seeking the truth, Christine might destroy everything that she loves … so how far is she willing to go to find Heidi?