Books To Look Forward To From Bloomsbury and Raven Crime 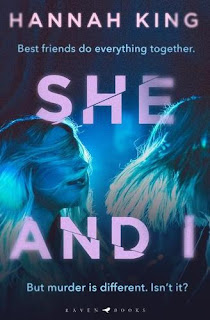 Best friends share everything. But murder is different. Isn't it? Keeley and Jude are closer than blood. Inseparable since childhood, they share everything: clothes, secrets, booze - and blame. So when they wake up after a new year's party to find Keeley's boyfriend stabbed to death beside them, they agree to share something else: the story they'll tell the police. But who is that story really meant to protect? Is Jude risking her bright future to protect her friend? Is there more to sharp-eyed Keeley than she lets on? Or are they conspiring to let Keeley's brother get away with the drugs he's been selling in their small town? As the murder investigation sends ripples through their community, the history of the girls' claustrophobic relationship comes under scrutiny - and they start to realise they might not, always, have shared as much as they thought. Can their friendship survive sharing everything? She and I is by Hannah King. 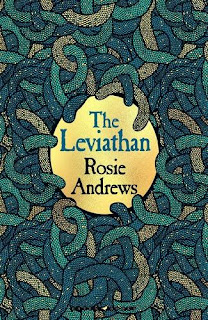 The Leviathan is by Rosie Andrews. She is awake Norfolk, 1643. With civil war tearing England apart, reluctant soldier Thomas Treadwater is summoned home by his sister, who accuses a new servant of improper conduct with their widowed father. By the time Thomas returns home, his father is insensible, felled by a stroke, and their new servant is in prison, facing charges of witchcraft. Thomas prides himself on being a rational, modern man, but as he unravels the mystery of what has happened, he uncovers not a tale of superstition but something dark and ancient, linked to a shipwreck years before. Something has awoken in England, and now it will not rest... 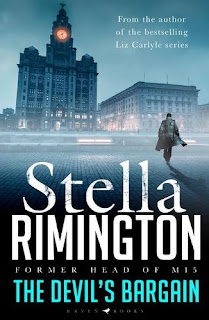 The Devil's Bargain is by Sheila Rimington. Harry Bristow: policeman, father, chauffeur, fraud. In 1988 Harry made one mistake: he took a bribe, letting a man he knew as Igor into Britain - and he's regretted it ever since. So when he recognises 'Igor' fifteen years later as his newly-elected MP, he knows he has to come clean. But the MP recognises him too - and Harry fears what he might do next. Peter Robinson, MP: salesman, politician, bachelor, spy. It was easy to get into Britain in 1988 as an illegal, working deep undercover, but the break-up of the Soviet Union cut Robinson off from his homeland. He's inching closer to Britain's levers of power - but now the one man who knows his secret has reappeared. With no way to contact Moscow, he must act fast to preserve his position and reap its rewards - at any cost. Manon Bradley, CIA analyst, has just boarded a plane to London - with a report on Russian illegals to read.

The Cove is by Alice Clark Platts. A luxury resort they never want to leave. One of them never will. A holiday to an idyllic Malaysian island is just what the two families need. For Lou, it is make or break for her marriage. For Eliza, it is a chance to reconnect with her husband and a respite from a busy lifestyle. The resort is remote, surrounded by sea and jungle, and an escape from the outside world and all of the troubles that plague them. But as soon as they arrive at the cove, it becomes evident that things are not all they seem. There are secrets between the two families and strange goings on at the hotel, and when tensions reach breaking point on the final night, they can't wait to leave.Then a violent storm comes in, trapping then on the island. That's when the first person goes missing. 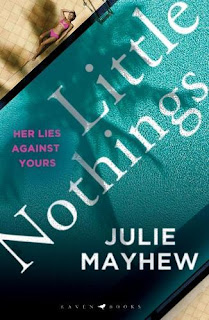 Tensions between friends spiral towards disaster in this thrilling novel set on a luxury Greek resort. Liv Travers never knew real friendship until she met fellow mums Beth and Binnie. The three women become soulmates as they muddle through early parenthood. Then along comes Ange... Ambitious, wealthy and somehow able to do it all. Under Ange's guiding presence, the group finds new vigour and fresh aspirations - bigger houses, better schools, dinners at exclusive restaurants. But Liv can't keep up and is increasingly edged out. When the four families take a three-week trip to a luxurious holiday resort, Liv seizes the opportunity to reclaim her place at the heart of the group, only to discover the true, devastating cost of a friendship with Ange. Set over the course of a single, life-changing trip to a Greek island paradise, Little Nothings is a sly, suspenseful novel about female bonds turned toxic, and the desperate ends one woman will go to keep her friends close - and her enemy closer. Little Nothings is by Julie Mayhew.