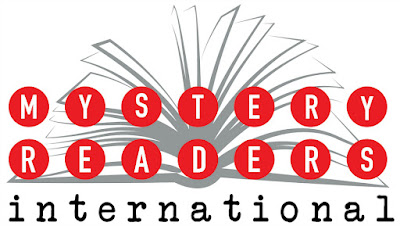 The Macavity Awards are nominated by members of Mystery Readers International, subscribers to Mystery Readers Journal, and friends of MRI. The winners will be announced at opening ceremonies at the Minneapolis Bouchercon.

If you're a member of MRI, a subscriber to MRJ, or a friend of MRI, you will receive a ballot later this week, so get reading. Ballots will be due by August 15.

The Dark Hours by Michael Connelly (Little, Brown and Co.)

We Begin at the End by Chris Whitaker (Henry Holt)

Who is Maude Dixon? by Alexandra Andrews (Little, Brown)

Girl A by Abigail Dean (Viking)

All Her Little Secrets by Wanda M. Morris (William Morrow)

Agatha Christie’s Poirot: The Greatest Detective in the World by Mark Aldridge (HarperCollins)

How to Write a Mystery: A Handbook from Mystery Writers of America edited by Lee Child with Laurie R. King (Scribner)

The Confidence Men: How Two Prisoners of War Engineered the Most Remarkable Escape in History by Margalit Fox (Random House)

The Unquiet Englishman: A Life of Graham Greene by Richard Greene (W.W. Norton)

The Reason for the Darkness of the Night: Edgar Allan Poe and the Forging of American Science by John Tresch (Farrar, Straus and Giroux)

The Twelve Lives of Alfred Hitchcock: An Anatomy of the Master of Suspense by Edward White (W.W. Norton)

Velvet Was the Night by Silvia Moreno-Garcia (Del Rey)

Congratulations to all the nominated authors